It is difficult to date the exact moment that a natural wine culture was born in this country. Although when I hear the word “culture” I release the safety corks on my browning wines! 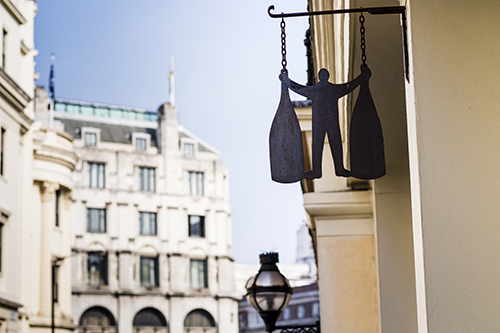 The opening of Terroirs in London’s Charing Cross in 2008 undoubtedly had a major impact on the way people perceived wine in this country, as it was – by design – a reinvention of the tired wine bar model, and specialised 100% in so-called “natural wines”. When we opened it, we did not style it thus, but the label stuck. The convivial atmosphere of noshing and sploshing is the glou that binds us all – no-one in the early days had any objection to a natty watering-hole in the drinking wasteland of central London, even if many of the wines were a tad funkier than the norm. There was, after all, always something juicy to drink, delicious plates to nibble on, and a surfeit of jollity to be had. Overnight, Terroirs became a conspicuous success, whether or not one was bewitched by the natural wine phenomenon.

Terroirs begat Brawn a couple of years later; other natural wine bars followed in short order. The next epochal natural wine event, however, was The Natural Wine Fair, a growers’ festival organised by Isabelle Legeron and a group of five other wine merchants, which took place in London’s Borough Market in 2011. It was an undoubted success: 2,500 attended across the three days and the event received almost unparalleled attention in the trade and national press.

The opening of Terroirs in London’s Charing Cross in 2008 undoubtedly had a major impact on the way people perceived wine in this country, as it was a reinvention of the tired wine bar model, and specialised 100% in so-called “natural wines”.

Glass ceilings had been broken and perceptions were changing about wine as a result, yet in the aftermath of the fair, however, there was also a feeling from certain parts of the trade that too much uncritical attention was being lavished on wines that were of questionable quality – to say the least. Various journalists, professional judges, sommeliers, winemakers and directors of certain wine companies took it upon themselves to make it their mission to attack the trend (as they saw it) of natural wines and what they perceived as a “natural wine movement” at every opportunity. Admirers and purveyors of such wines were deemed natural “fundamentalists”; the wines themselves were “the emperor’s new clothes”, part of a “commercial con perpetrated on the unsuspecting drinking public”. One national newspaper (ok, let’s call it The Telegraph) bruited: “Beware of natural wines at The Natural Wine Fair.” The more histrionic the attacks and the more straw man arguments levelled, the more it seemed that the arrogance of the wine trade establishment was reasserting itself. The idea of natural wine offended almost the entire wine establishment, not only here in the UK, but also in France, the US and Australia. Of course, the more fuel one adds to the fire, the fiercer become its flames. One might have thought in the greater world of wine that many mansions would exist to accommodate plural tastes, but this was evidently not the case. Instead, the wines that were made in a certain way (for example, without the addition of sulphur) were viewed as plain wrong and those that exalted the primal beauty of these wines were saying the thing that was not. On the other side of argument, conventional wines were viewed by adherents to the natural cause as “homogenous industrial products” or wines falsified by oenology for effect. Of course, the truth is never so binary. There is a spectrum of farming and winemaking practice and a series of accommodations that invalidates these simplistic Manichean wine universes (as it were).

Glass ceilings had been broken and perceptions were changing about wine as a result, yet in the aftermath of the fair, there was also a feeling from certain parts of the trade that too much uncritical attention was being lavished on wines that were of questionable quality, to say the least.

Of course, everything in the world comes back to politics, even farming and winemaking, and as for taste…

One major problem, as far as the both the wine establishment and would-be followers of natural wine are still concerned, is the perception that there has never been any rigorous formal definition of natural wine. This is not strictly accurate. Many fairs and festivals clearly codify minimum requirements in order that growers may take part in them. Organisations such as “Triple A” and “Vins Natures” have created easy-to-comprehend manifestoes for their member growers. Natural may be a loaded word for some with its hazy connotations that only “nature made the wine”. I have no problem with the expression, because it is pretty transparent what the main differences between natural and conventional wines are. For me, the term embraces and codifies the best farming practice (organic, dynamic, regenerative) and sets out the procedures to bring wine to bottle without chemicals and minimal intervention. One may argue about every minute detail and quibble about milligrams of sulphur, but in the end we are simply talking about the transformation of grapes into wine by means of assiduous physical, rather than chemical, interventions. One of the biggest myths perpetuated about natural winemaking is that it is laissez-faire, even lazy-faire. The truth is that a vigneron has the most intimate relationship with the wine between the vine and the bottle. Once in a blue moon, a vigneron may find him/herself able to make a wine by scarcely touching it.

Back to the UK wine scene, one that has changed enormously over the past decade. To illustrate the breadth of natural wine infiltration, in one particular year, for example, The Real Wine Month, a promotion designed to get restaurants pouring natural wines by-the-glass, attracted 300 + participants, making it arguably the biggest wine promotion in the UK. Natural wines nowadays can be guzzled in your local pub or sipped reverentially from expensive glassware in Michelin-starred establishments. There are currently around 30 specialist natural wine importers and wholesalers, as well as a growing number of retailers, bottle shops and delis stocking them on their shelves. Meanwhile, consumers communicate about their natural preferences through social media rather than accepting received “wine wisdom”. There have been documentaries, books, blogs and forums entirely devoted to the subject of natural wine. Even the staid WSET featured a natural wine component on its diploma course last year. If that doesn’t make natural wine mainstream in itself, it certainly gives it a legitimacy. We have moved on a considerable way from whether the wines called natural are in good taste, to acknowledging that hundreds of thousands of consumers drink and enjoy (and therefore will continue to drink) them on their merits, not out of any misguided sense of ideology, but as an active preference, an opinion about what is delicious.

Natural wines nowadays can be guzzled in your local pub or sipped reverentially from expensive glassware in Michelin-starred establishments.

And what of the wines themselves? Well, there are more of them available to taste and buy, and every year a host of new producers appear on the scene. At the forthcoming 2022 Real Wine Fair, there will be no fewer 900 wines available to try from 160 vignerons (over 50 of whom are making their fair debut). New growers aren’t jumping onto the bandwagon; this is proof rather of a strengthening artisanal natural wine culture throughout the world. Rather than being an exclusive club for those in the know, it is a democratic forum with producers exchanging ideas with each other, and trade and consumers being part of the conversation.

One accusation is that natural wine vignerons believe in tradition for the sake of tradition. Quite the reverse. Farming methods are progressive, insightful and ethical. They may hark back to the past, but they look forward to the future.

Nor do vignerons in natural wine world its singular energy rest on their laurels. Each vintage is fraught with problems, risks and defining choices and growers who work with less of a safety net have, consequently, to be continuously alert. For all that, I feel that there has been an improvement in the quality of natural winemaking with fewer what we used to characterise as “funky wines”. Experience is a good teacher in this regard. Which is not to say that mousiness is not a problem (it is) and that complacency can’t creep in (it does) and that there aren’t badly-made natural wines (there are).

At the forthcoming 2022 Real Wine Fair, there will be no fewer 900 wines available to try from 160 vignerons (over 50 of whom are making their fair debut).

At a seminar at the first Real Wine Fair a director of a famous wine company was invited onto a trade panel to give his considered view of natural wine. He had prepared a full four page peroration – which he read solemnly – about how it was all mad, bad and dangerous to know, and prefaced it with the comment: “Coming to this place, I feel like Daniel as he entered the lion’s den.” The natural wine world is a pretty friendly place, mercifully free of lions, tigers and bears. I dare say that an individual who ventured into this world (embodied by the two halls at The Real Wine Fair) would undoubtedly discover hundreds of delicious, amazing, thought-provoking and complex wines – wines for all palates, even relatively conservative ones. At the wine fair in the following year, the late Mike Weersing, having finished his masterclass, gestured towards the Great Gallery in which over 100 producers were pouring, and said simply: “Go forth and find yourself.” It was an exhortation to be open-minded and still holds true today.

The Real Wine Fair is a two-day celebration of the wines we love.

In a nutshell, the Real Wine Fair is not a didactic church preaching to the converted (or unconverted). It is a time when we can taste lots of beautiful, original and unusual wines, meet and talk to growers, eat street food and attend masterclasses. In other words, it is a two-day celebration of the wines we love. Nor are natural wine bars trying to brainwash or browbeat customers into drinking mousey wines. The emphasis is, and it has always been, on lack of pretention and sheer enjoyment. The UK, like so many major wine-loving countries throughout the world, has a thriving natural wine scene and because of that, there has never been a better time to be a wine drinker in this country. 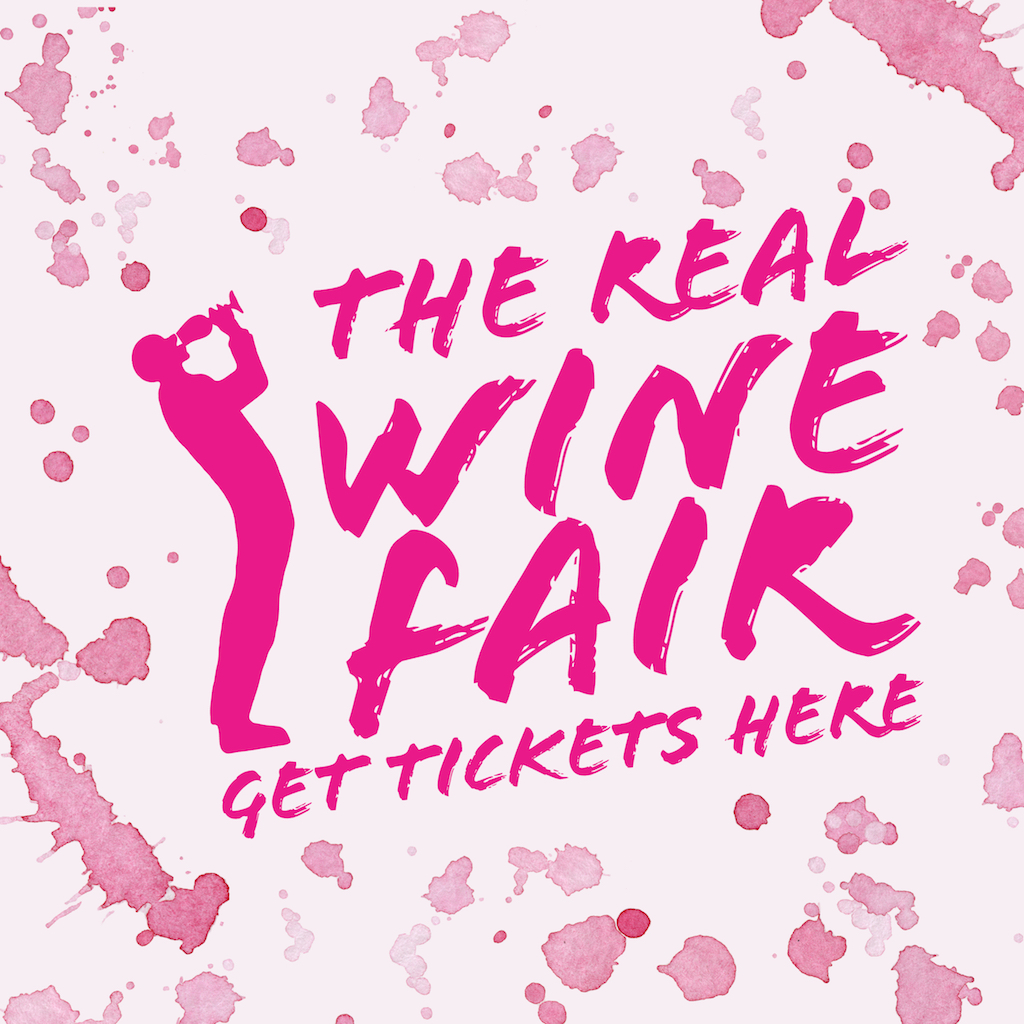 The Real Wine Fair will be taking place at Tobacco Dock on 22nd and 23rd May 2022. Tickets can be purchased here.