Parts per million (ppm) A reference to the quantity of sulphur dioxide in wine. There are legal quantities of total sulphur allowed to be present in a bottle of wine, usually expressed as total sulphur and measured in parts per million. The EU has maximum allowable quantities for white (210 ppm), red (150 ppm), rose and sweet wines (400 ppm); organic and biodynamic bodies also have their separate lower requirements for inclusion in certification. If a wine has above 10 ppm of SO2 in it, then the label must read: “Contains sulphites” – even if those are naturally-occurring.

Pet Nat. A sparkling wine made from a single fermentation of the grapes (as opposed to methode champenoise or tank/charmat method). Pet Nats can only be made as the result of ripe good-quality grapes from a single vintage. The juice is fermented with native yeasts and before the sugar is converted, the wine is transferred into bottle to complete its fermentation and the CO2 is trapped therein. Wines may be disgorged off the lees or left undisgorged, according to preference. Usually, no sulphites are added. Pet Nats are more on the fruit and less on the autolytic character than traditional method sparkling wines, and best consumed in their youth. Pet Nat has proliferated as a wine style; its relative inexpensiveness is appreciated by wine bar owners and consumers alike.

Petillant. Term describing a wine which is noticeably sparkling or bubbly with CO2 — but which is less fizzy than champagne/sparkling wine. Even still wines which have a little residual carbon dioxide are referred to as having a petillant character. However, pet nats, short for petillant naturels, may give the impression of being fizzy, even though the pressure might be below three bars.

PH. A chemical term for describing and identifying the concentration of hydrogen ions in a solution (such as wine). Since hydrogen ions are the most accurate definition of acidity, pH is an accurate measure of acidity in juice and wine.

Phenolic(s): A term to include all of the various types of compounds having the general chemistry of phenols. Grape and wine pigments are phenolics, as are tannins. Now also a term used in wine tasting to describe the texture of the wine in the mouth. Phenolics may be “tight” or “astringent”, however, they may also confer a distinctiveness to certain wine. Amber/skin contact wine have a phenolic quality as a result of the maceration and winemaking process. Even wooden barrels may confer phenolics on the wine.

Phylloxera. A scourge, a microscopic aphid that lives on vine roots by sucking their juice and destroyed huge tracts of vineyards in Europe in the late 19th century. The aphid attacks and kills the root systems of European vine varieties, but native American roots are resistant. There are various parts of the world where phylloxera has not managed to invade (Chile, parts of Australia, the US and Spain) and in these places the vines are still planted are on original rootstock.

Plonk. A generally derogatory/faux snobbish term for cheap wine believed to have originated in Australia as a shortening of Vin Blanc, although referring to any colour of cheap/jug wine. Used a fair amount in the 1980s-90s to denote generic cheap wine, but often in an ironic context. Nowadays, rarely heard.

Pomace. The solid residue (primarily skins, seeds and stems) left over from draining juice from white must, or draining new wine from a red fermentation vessel. Also called marc. And, in Georgia, chacha.

Powdery mildew. A devastating fungal disease of grape vines, recognisable from the powdery residue that it leaves, and unlike most fungal diseases, thrives in dry as well as humid climates. Also called oidium, it occurs in most of the wine regions of the world and can be controlled by timely application of sulphur dust directly onto the vine leaves and immature fruit. Other natural treatments include applications of raw milk or whey; potassium bicarbonate; Neem oil; apple cider vinegar; baking soda and garlic, variously diluted and applied in spray form.

Premier cru. French term for a “first growth”, one that has migrated into winespeak throughout the world. Used mostly in conjunction with the wines of Burgundy and Champagne, regions in which the term is regulated. In Burgundy, where the notion of favourable sites for growing grapes obtains, a premier cru wine hails from a specific “recognised” vineyard on a particular terroir. This now extends throughout the wine world to vineyards and parcels of land recognised by growers commonly as yielding exceptionally good grapes.

Premium wines. A rather ugly term describing a generic quality classification of wine above everyday-drinking “table wines.” There is no specific price point attached to the designation of premium, but an implication that these are wines that are necessarily more expensive and therefore appropriate to drink on special occasions. A further implication is that the wines are made in such a way to command higher prices and garner critical respect/acclaim. The likelihood is that the wines come from famous appellations or growers and are constructed to be obviously flattering.

Primary aromas. The aromas in wine deriving from the grapes themselves, considered part of the varietal character or typicity of the grape variety. This is opposed to secondary aromas which come from the fermentation and maturation process and the tertiary aromas which come from the process of ageing in the bottle. Less complex wines will only show primary aromas, and it is arguable from where such aromas derive, since many commercial wines are made with aromatic yeasts and cold fermentation captures a particular kind of fruity aromatic which is not really associated with the grapes.

Pruning. The act of cutting off or cutting back various parts of grape vines, usually in winter when the vines are dormant. Pruning develops the shapes of vines when they are young and controls their growth, limiting the fruit quantity (and therefore, quality) of the producing vines. The quality of pruning certainly affects the quality of the grapes. 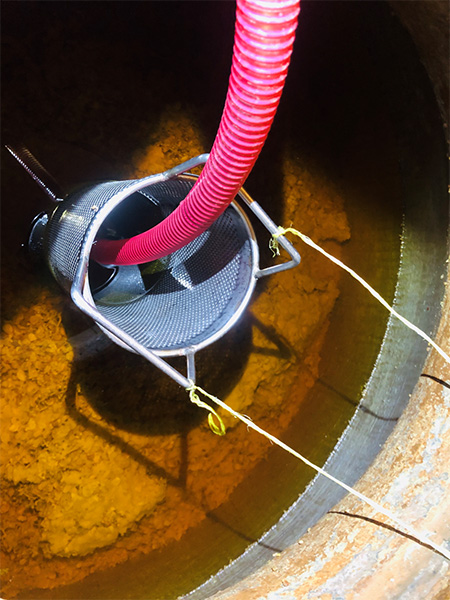 Pumping over. “Pumping over” (called remontage in French) is a technology used in the winery to increase extraction. The winemaker performs it by emptying fermenting must from the bottom of a tank and then pumping it to the top of the tank. A tube is attached to a must pump and the must is sprayed over the top of the must in the same tank. This is done in order to soak the floating “cap” (chapeau). The cap is mostly grape skins that have floated to the top of the must due to the release of carbon dioxide. It is a semi-solid layer that needs to be kept wet. By doing the pumping over the winemaker also increases the extraction of tannins and colours from the skins. The pumping over can be done by letting the must flow out into a trough and then pump from there. This gives added oxygenation. Alternatively, the tube is attached directly to the tank. The must is then sprayed over the cap manually or with a spraying device.

Punching down.  A punch-down is the process by which the layer of skins, seeds and stems that float above the juice or wine is broken up by submerging them into the liquid during fermentation. It imparts colour, aroma, flavour and tannin into the wine which are extracted from the solids. This can be done manually or with a pump. It is important to punch-down the skins, stems and seeds throughout fermentation on a regular basis. Sometimes it is done up to four times a day. It not only helps to impart polyphenols into the wine, but it also keeps an even fermentation and prevents any off odours or taints which might occur otherwise. The punch-downs can be done using a pump or with a special tool used manually to “punch-down” the solids in the fermenting wine. The preferred method of punch-downs sometimes depends on the quantity of wine or the varietal which is being fermented. For example, in the case of Pinot Noir, it is often better to do it manually as the skins are more delicate and it is often a wine made in smaller batches.

Pupitre: (poo-pée-tre) French name for the hinged, wooden “A-Frame” rack used for riddling Champagne bottles prior to disgorging. (Riddling settles the yeast sediment into the neck so that it can be easily removed by the disgorging step.)

Pure. Purity. Another abstract wine descriptor. Purity is a sensation experienced by the taster that the wine is a faithful representation of its origin and grape variety; that this sensation corresponds to a kind of inherent truth about the wine. A pure wine is resonant and clear; it is unlikely to made with obvious interventions; the winemaking and elevage must be submerged into the personality of the wine. Purity may mean different things to different people. For hard-core naturalistas purity is akin to rawness, the flaws being part of the pure charm of the wne. For others, the wine must still be recognisably a wine, and purity may mean quite the opposite – a liquid entirely free from flaws and faults, purified by the hand of the oenologist.