Carafe. See decanter, decanting. Whereas a decanter may be a more purposeful-looking, shapely and elegant glass repository from which to pour wine, a carafe tends to have more basic utilitarian purposes. In a wine bar or restaurant, a carafe can be any-shaped bottle, jug or pitcher of a certain measure (say 500 ml). The verb “to carafe” means to pour into another glass receptacle for the purpose of giving the wine some air.

Carbonic. A full carbonic maceration usually takes place within a sealed stainless tank under a cloud of CO2. The carbonic maceration ferments most of the juice while it is still inside the grape, although grapes at the bottom of the vessel are crushed by gravity and undergo conventional fermentation. The resulting wine is normally fruity with very low tannins. It is ready to drink quickly but lacks the structure for long-term aging. Although Oz Clarke has in the past proved that Beaujolais Nouveau can age surprisingly well! In the most extreme cases, such as with the aforementioned Beaujolais Nouveau, the period between picking and bottling can be less than six weeks. At best, these juicy nouveau wines can be charmingly fruity; at worst, they smell and taste gloopy, and suffer from boiled-sweets-syndrome. Carbonic maceration does not only take place with reds, but also can be used with white and orange wines. The term carbonic may be used in tasting notes, often referring to wines that are obviously made in this way and taste more of process than of wine. 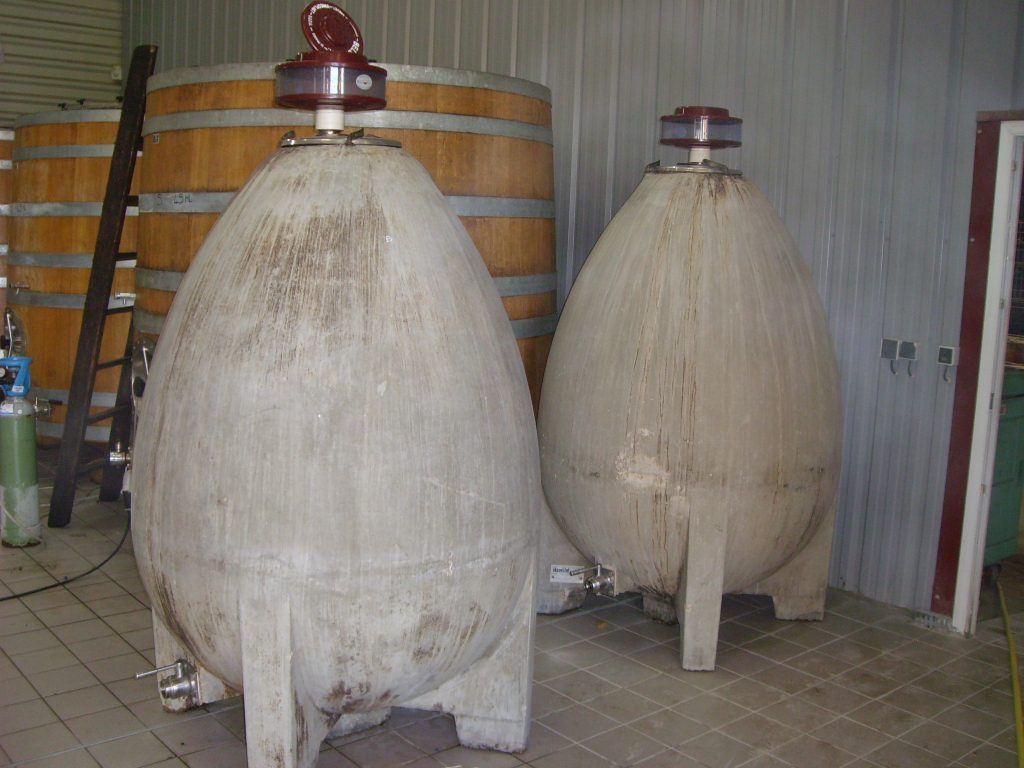 Cement/Concrete. Cement chests or tanks or betons (French) are vessels used to ferment wines. The concrete tank is a heavy, thick-walled vessel that may come in many shapes and sizes, from standard ovals to squares, pyramids, and eggs. Unlike stainless steel, the inner walls of concrete tanks aren’t uniform, being porous, with thousands of tiny pockets that trap air and allow the wine limited contact with oxygen. Concrete tanks don’t impart any additional flavour, either, making them ideal for winemakers who wish to maintain the freshness and purity of a grape’s character. Thus, wines created in concrete tanks tend to be bright and fruit-forward, often with excellent texture.

Certification. The wine industry has a bewildering number of certifications that appear on labels. The most obvious ones will be geographical designations. Increasingly, various organic certifications will be noted and wineries are enjoined to belong to various clubs. This kind of certification, where are chemically assessed, is gradually replacing the notion of appellation. An INAO-approved certification for natural wine called Vin Méthode Nature is being trialled. The reasoning is that consumers will be more confident buying a product that has been officially sanctioned, even if they are not entirely au fait with the distinctions in that certification, and that growers will want to belong to a club of likeminded growers whose work is sanctioned in such a way.

Cheap Wine. Usually produced in regions where land is plentiful, labour is relatively cheap and high yields may be achieved by means of machine-harvesting (see also Bulk Wine). Large quantities of grapes are usually processed in the least expensive way possible in massive thermoregulated stainless steel tanks. Cheap wine is also a function of the way supermarkets and certain companies sell wine – that is as a commodity that can be deep-discounted, or bundled into offers as part of a wider marketing product package.

Chemicals. Chemical treatments and additions are part and parcel of farming and winemaking. In the vineyard, they may be found in fungicides, herbicides, pesticides and fertilisers, applied locally or sprayed willy-nilly, and with varying levels of toxicity. Organic and biodynamic wine-certifying bodies regulate the application of chemical substances. Many vineyards become dependent on chemical treatments, the vines losing natural resistance and increasingly susceptible to many diseases. Vines won’t develop deep and complex root systems if their chemical needs are being met on the surface (this also goes for irrigation). Chemicals, if used unwisely, will kill of the microorganisms, yeasts and good bacteria that are part of the very life of the vineyard and nourish the vines. They can also leach into the water table.

Confected. Term used to describe a particular type of taste and also a sense of artificiality. A confected wine, for example, might have cool/cold fermentation aromatics (bubblegum, boiled sweets, jam) or taste of flavoured yeasts or have a sweetness associated with oak chips being added. Confected wines might taste of the process of cold carbonic maceration. These wines will often be filtered, sometimes excessively so. 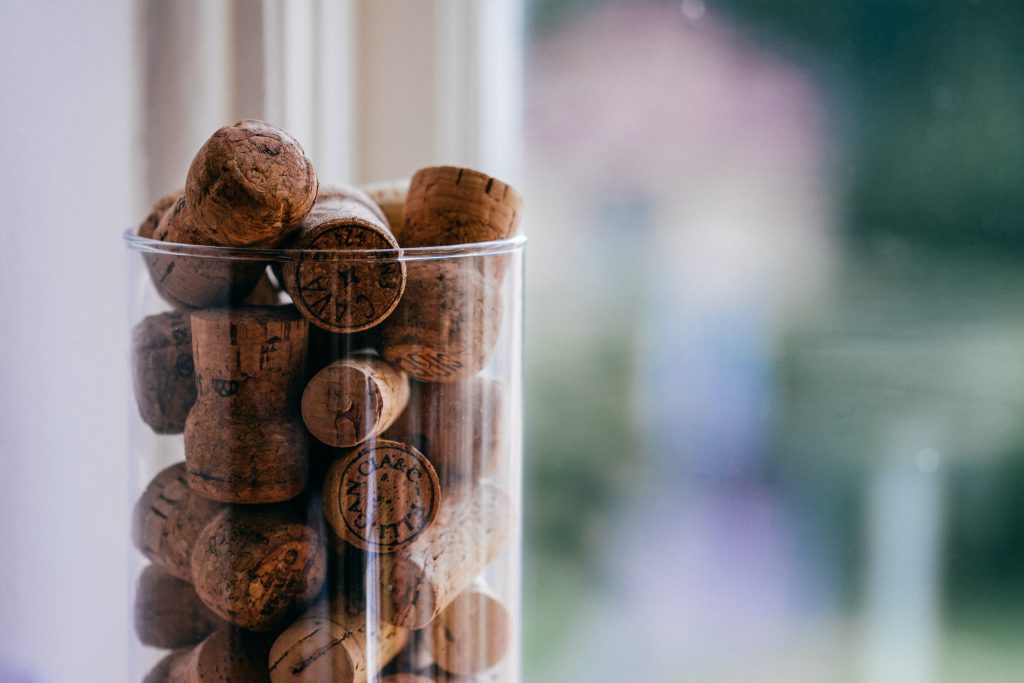 Closure. A subject that the wine trade is unable to achieve closure on. A wine jargon term for the family of corks, screwcaps, crown caps and so forth. There is much debate about what is an appropriate closure for wine or whether different wines should have different closures. The debate originally revolved around the unacceptably high incidence of cork taint in wines and the cost to the wine industry of this. The stelvin initiative set out to demonstrate that screwcaps were better for a whole variety of wines (particularly, but not exclusively, for aromatic whites). There was evidence that cheaper agglomerate corks leached flavour into the wine, muffling the fruit character of the wine in question. On the other side, many wines under stelvin displayed intense reductive quality and sulphur compounds. Now, there are many alternatives available, and price and commercial need tend to dictate the choice of closure.

Conventional. A description of wines made according to recipes and commercial expectations. Conventional farming would involve the use of chemical interventions as a necessary part of the process; the winemaking would also be product-profile-driven, aiming primarily for consistency in taste. In the natural wine world, conventional is used to group wines that are not farmed organically, nor fermented with native yeasts and nor bottled without further addition (other than a small amount of sulphur).

Cork/cork taint. Also known as TCA. (Trichloroanisole). TCA is a compound that is created when certain fungi are treated with chlorinated phenolic compounds, which are a type of antimicrobial agent used in the processing of wood. This compound is one of the chief factors responsible for the problem associated with mould liable to be found in cork. Corked wine containing TCA has a characteristic odour, variously described as resembling a mouldy newspaper, wet dog, damp cloth or dusty cardboard. In almost all cases of taint the wine’s primary aromatics are reduced significantly. While the human threshold for detecting TCA is measured in the single-digit parts per trillion, this can vary by several orders of magnitude depending on an individual’s sensitivity. Detection is also complicated by our olfactory adaptation to TCA, making the smell less obvious on each subsequent sniff. The incidence of TCA in wines under cork is decreasing, partly due to the fact that different cork closures are being used as well as an increased expertise in analysing and treating cork. TCA also contributed to research in alternative closures such as stelvin, Nomacorc and Diam. 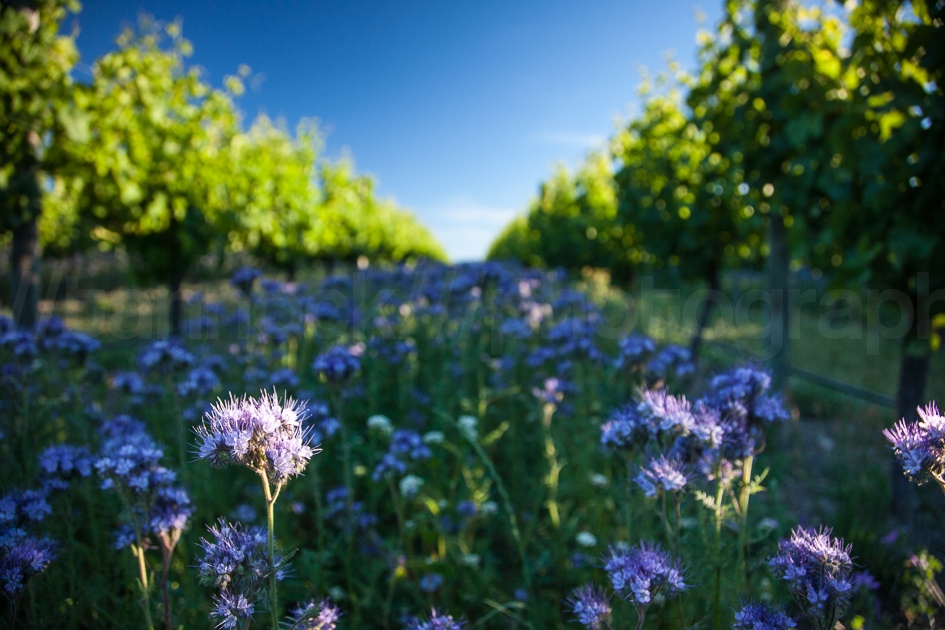 Cover crops. Used for various purposes, although the primary one is to prevent soil erosion and surface runoff and help with soil porosity. Fertility is also increased and these cover crops, referred to as green manure, help to provide nutrients. The crops are leguminous (beans, lentils, alfalfa) and are high in nitrogen, thus eliminating the need for chemical fertilisers. As well as assisting in managing soil quality, cover crops help to take to reduce disease pressure, control pests, encourage diversity and create wildlife habitats for beneficial insects.

Cru. The designation of a certain status. Mostly commonly applied to the cru classé wines of Bordeaux and the premier and grand cru wines of Burgundy. In Bordeaux the cru status was established in 1855 recognising certain estates, and was only revised much later, as it became increasingly irrelevant. In Burgundy (and Alsace), the crus were mapped according to the complex terroir of the region; some of the crus are tiny, others are monopoles, many others are vineyard areas split between many dozens of domaines. The idea of cru, in terms of the special quality of a particular vineyard, or particular terroir, also extends outside of these rarefied wine regions and is increasingly synonymous with certain hotspot terroirs.

Cult. Associated with wines that are made in tiny quantities and with limited allocations. Often cult wines are only known about by a small coterie of collectors, for even more often these wines are traded on fine wine sites and the grey market in order to make as much money for as many people as possible. The term cult might have been invented for certain rare and rarely-seen Californian wines that seemed to be allocated off a winery mailing list, having been awarded high points by Wine Advocate or Wine Spectator, but has now migrated across the divide to refer to even humble artisan wines that seemingly everyone wants to have in order to be able to show on their Instagram feed.

Chatting with: Heidi Nam Knudsen, Founder of A Thousand Decisions

Artisans of Oz: a round up