Sometimes known as Italy’s toe, and divided from Sicily by the narrow Strait of Messina, Calabria juts out between the Ionian and the Tyrrhenian Seas. Its northern border with Basilicata, meanwhile, is marked by the southern Apennine peaks. In this hot region tempered by breezes off the sea and cool air flowing down from the mountains, the ancient Greeks cultivated the first wine-bearing vines, and Calabrian wines henceforth enjoyed a very good reputation abroad (am sure Pliny the Elder, the Robert Parkeroni of the day, had something to say on the matter) before sliding into obscurity in the latter part of the 20th century.

The key historical zone is now and has always been the Cirò wine region, located in the eastern foothills of La Sila and extending to the Ionian coast. Cirò Classico is centred on the communes of Cirò and Cirò Marina (where Cataldo Calabretta plies his craft – see below). The soil of this area is predominantly calcareous marl with some clay and sand deposits. When one thinks of Cirò, one tends to think of the Gaglioppo. According to Wine Searcher, in Cirò, many producers “choose to pick early in the season to help retain good levels of acidity and to prevent the fruit from tasting too jammy and stewed once vinified. It is also important that producers control their fermentation temperatures, as Gaglioppo can easily oxidize and lose its structure if allowed to overheat.”

According to our Italian buyers, Gaglioppo shares many of the same characteristics as Nerello Mascalese and Nebbiolo, with both high tannins and high acid and a definite ageability.

Cataldo Calabretta represents the fourth generation of a family of winemakers and is the leader of a group of young winemakers working organically and with low intervention. After studying Oenology and Viticulture at the Faculty of Agriculture of Milan, he worked for a few years in a number of Italian wineries, before deciding to refurbish the old family cellars with his sisters. For the past ten years, the estate has been run according to the principles of organic farming, an ethical choice, which year after year is paying off: they have renewed the vineyards, continuing to cultivate their vines on hilly land located in the heart of the DOC They only use indigenous yeasts and don’t add anything to the wines other than a minimal amount of sulphites. In the cellar, they renewed an old cement cuve, which proves to be an excellent vessel for the ageing of Cirò wine.

Cataldo practices classic farming with bush training (also known as albarello), traditional viticulture, with organic manures, works the soil and allows grass to grow between the rows in the winter in order to nourish the soils. Hand-harvested grapes are destemmed into vats and undergo a six-day maceration and proceeded by a spontaneous ambient ferment, before maturation in cement tanks for ten months and bottling without filtration or fining.

As mentioned, Gaglioppo is a very tannic and acidic variety that during the 80s and 90s was perhaps somewhat stripped of its original elements and made in the most round and soft way possible, losing the otherwise sharp and angular characteristics of the grape. A noble wine that can stand against Nebbiolo, Sangiovese and Nerello. 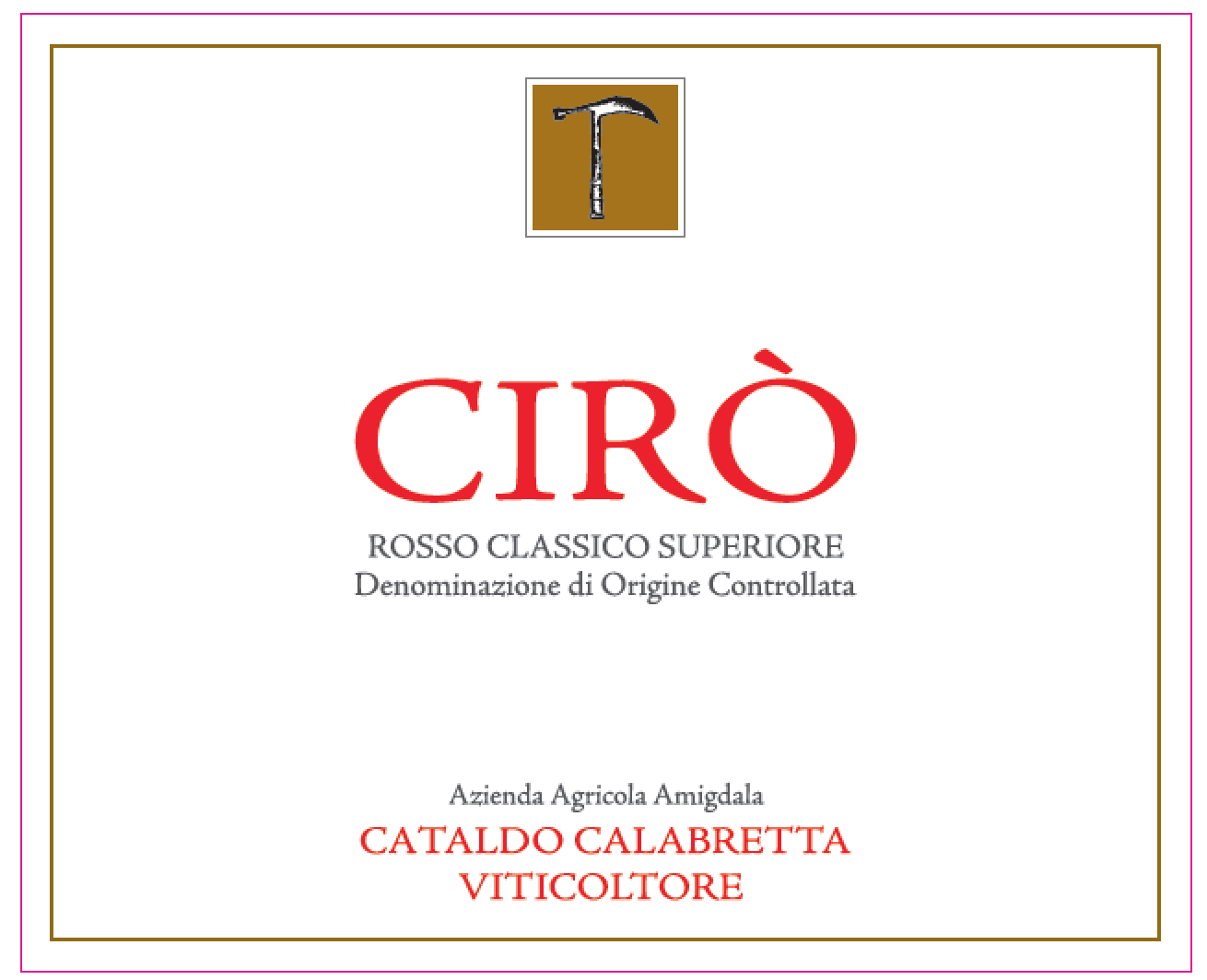 Cataldo’s Gaglioppo wine, Cirò Rosso Classico Superiore, has a bright brick red colour (even in youth) which the hallmark of this variety. Ethereal on the nose, the fruit is initially shy, but coaxed out of its shell, reveals a range of flavour including leather, liquorice and dried prunes. There is plenty of tannin, but its natural high acidity this is an elegant Gaglioppo further enhanced by the salinity which characterises wines from the Ionian coast. 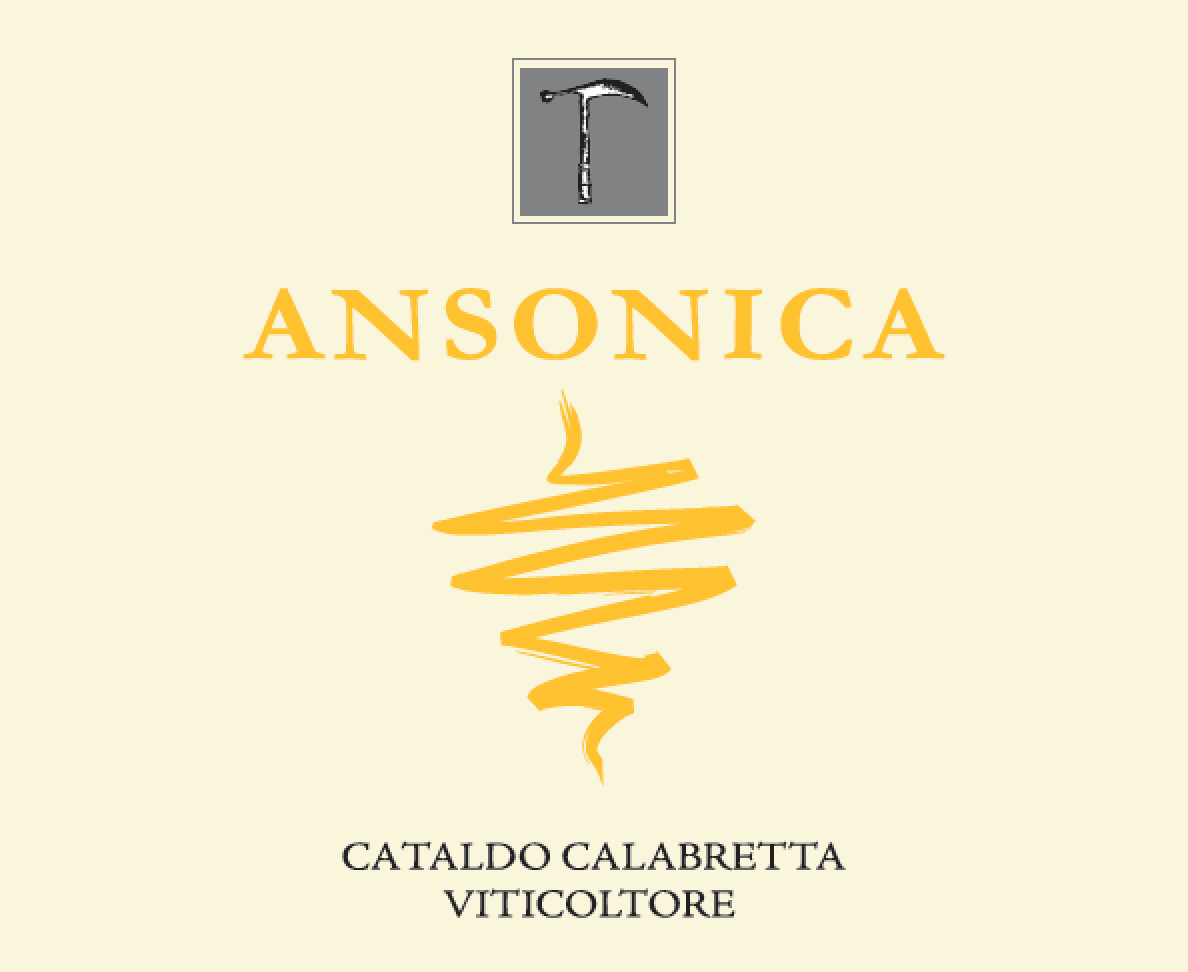 Ansonica (or Inzolia), is not very common in Calabria, but it has the characteristic of being well suited to coastal terroirs. The vines are ideally situated on a single hectare of vineyard in Strongoli, only 300 metres from the coast of the Ionian Sea. The wine has an intense yellow almost golden colour, aromas of white flowers with secondary notes of dried fruit and hazelnuts. On the palate, the Ansonica is quite a full-bodied wine with excellent persistence and a salty mineral lick at the end.

Run by Domenico and Francesca, (no surnames no pack drill), Nasciri is a project designed to regenerate the land, giving nature centre stage. In Calabrian dialect, Nasciri means “born”, bearing witness to the notion of regeneration and to achieve this, not only are they organically certified, but they also follow biodynamic practices, with activities such as pruning, decanting and bottling undertaken when the moon is on the wane. Work is hands-on; Domenico and Francesca (along with collaborators Jaswinder and Gurtej) oversee all work starting in the vineyard, through to vinification.

We are starting with two wines from the estate. Greco Bianco, an autochthonous variety typical of this area (and not to be confused with Greco di Tufo from Campania), derives from mainly clay soils, with the vines enjoying a good exposure to the sun. The vineyard itself is 200m above sea level, approximately six km from the sea, and ten from the mountains. 2018 itself was a really good year, with plenty of sunshine and not too much rain. With this wine, Nasciri wanted to elevate Greco, a grape often overlooked and under appreciated. The wine captures the warmth of the Med with its amber colour with its golden/amber colour, subtle and complex aromas and enveloping palate that is still mineral and fresh, thanks to the element of balancing acidity. The Greco Nero, another indigenous grape has a bright ruby colour and is vinous with composed, well-integrated tannins and an appealing freshness on the finish. 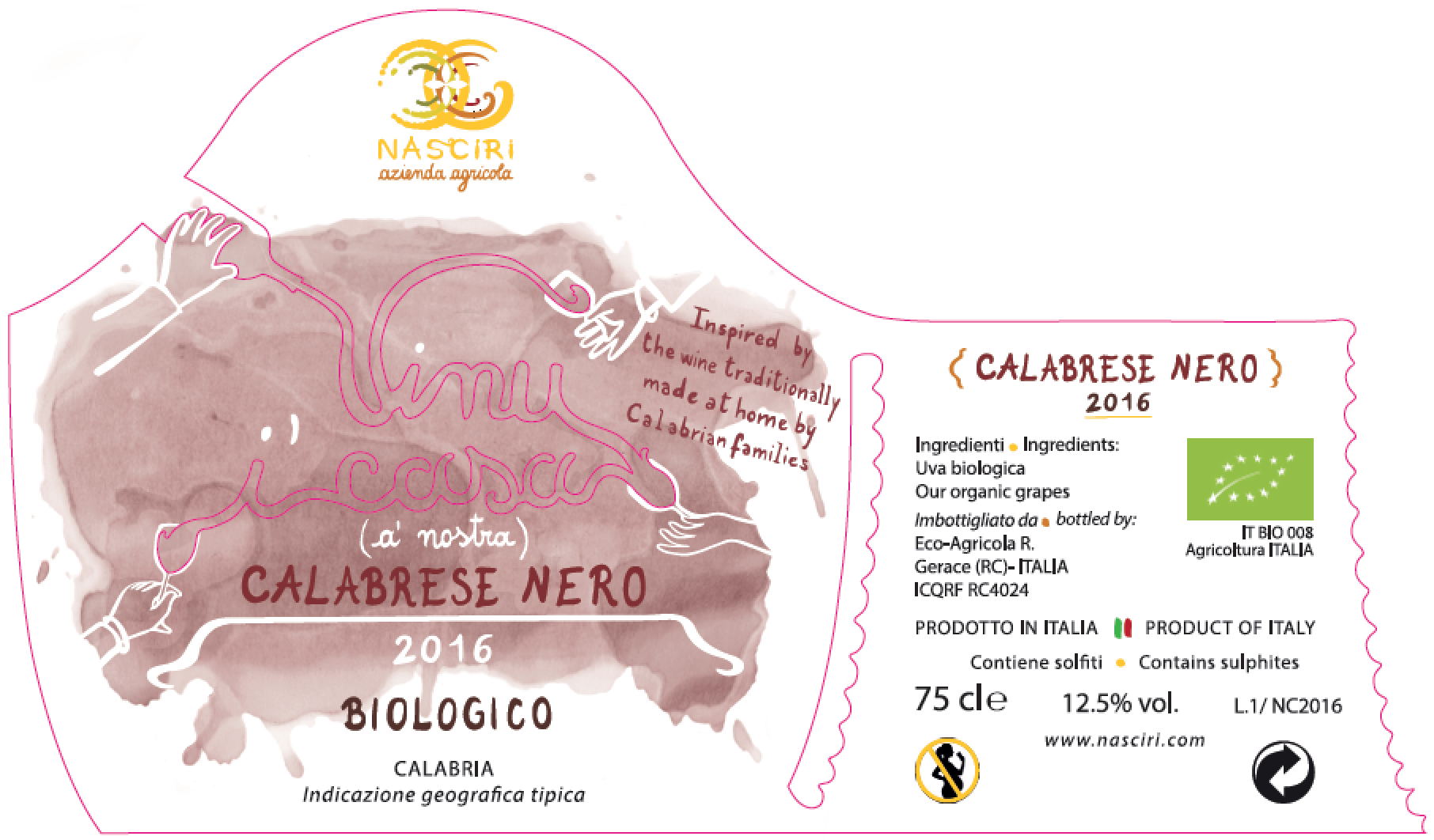 The Calabrese Nero is inspired by Domenico’s grandfather who used to make the wine for the family. Calabrian families still produce this kind of wine today. The name, Vinu i’ casa, means the wine of the home in local dialect and has three main features: a little bit of acidity, very moderate alcohol, and easy-drinking fruity quality. Nasciri have created their version of a home wine.

These are all very natural wines (almost no sulphur is used) with the accent on drinkability.