Organics is now more than a mere buzzword and a marketing hook, it is truly founded on the idea that quality is paramount, and that the better the farming (be it vegetables, grapes), the better the product will taste in the final analysis.

Once upon a time the term “organic” was merely a label. And a pretty unreliable one at that. Consumers were understandably mystified about what the word meant. There was no correlation between organic wine and quality wine. It was niche, also a form of facile branding.

In reality, farmers have been working organically for thousands of years. Except it wasn’t called organic farming until very recently*, and it all revolved around the simple precepts of the stewardship of the land and using natural solutions to promote growth and health in the vineyards. Between the two world wars, the general model of farming transformed into a more industrial approach, one that favoured mechanisation and systemic chemical treatments to make the land notionally more efficient by yielding higher crops.

The results of this new chemical reality were plain to see. Over-sprayed vineyards devoid of life, sickly vines, compacted soils without the microbial life that helps to connect the vine to its place, a form of short-term farming geared to over-production, in short, the desertification of the land.

The only way is ethics

The recent generation of artisan farmers have begun to question the wisdom of relying on chemicals. Not only that, they have adopted various practices based on long-term sustainable farming, including protecting and expanding eco-systems, in short, viewing the vineyard as part of nature rather than a monoculture designed to produce wine at any cost. 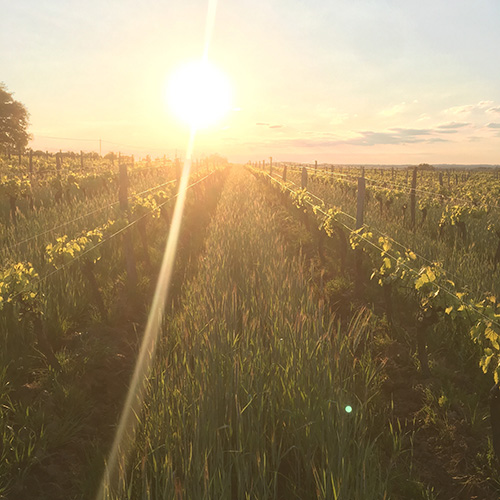 The wine merchant or the restaurateur is the conduit between the grower and his/her methods and the buying public. As such, it is an important part of the trade’s remit to inform consumers about the provenance of the wines on the list. This entails knowing how wine came to be in terms of the methods of farming used and what green or environmental credentials it might have. Over the past few years, more shops, cafes and restaurants have opened with a particular ethos, one often embracing localism, ethical farming, organics and so forth. Organics is now more than a mere buzzword and a marketing hook, it is truly founded on the idea that quality is paramount, and that the better the farming (be it vegetables, grapes), the better the product will taste in the final analysis.

The nature of the farming itself, the practice of preservation, biodiversity, soil stewardship and leaving the land in a healthy state for future generations is one side of the ethical equation. It is also important to consider green/carbon footprints, employment practice and commercial relationships (i.e. the way business is done).

In the past five years, the growth of organic, biodynamic and natural wines has been exponential. There are multiple reasons for this. Organics and biodynamics have become full-fledged movements with charters and certifications. Numerous wine fairs have sprung up to recognise and promote the efforts of artisan producers. Meanwhile, the market has become increasingly receptive to those wines that can be classified as organic or biodynamic. You will now, therefore, find them in hundreds, even thousands, of wine bars and restaurants – and proudly advertised. Independent retailers will host a whole section in their premises entirely devoted to the wines of small artisan producers. Culturally, during the Covid lockdowns, many consumers “switched up”, seeking the point of difference that organic and biodynamic wines provide. Extended availability, the improvement in the quality of the wines, better consumer education, the desire for singularity and provenance in a world colonised by brands, all have contributed in their respective ways, to the irresistible rise of organic, biodynamic and natural wines.

*It was Lord Northbourne (Walter James; 1896-1982) who gifted to the world the term ‘organic farming’. His 1940 book Look to the Land is a manifesto of organic agriculture. In it he mooted a contest of “organic versus chemical farming” which he foresaw as a clash of world views that may last for generations. Northbourne’s ideas were foundational in launching the worldwide organics movement.

Seminal Seminars: The latest word on the spoken words