Vegan wines. A storm in an egg cup? Generally speaking, very few of our wines are fined with gelatine, casein, albumen or isinglass. Either they are not fined at all, or are fined with bentonite clay.

So far, so easy. If 80% of the wines in our portfolio (say) are vegan-friendly by this definition, why are some people still challenging the fact that they are? Well, now there is a suggestion that wines made from vineyards that have had manure applied to the soil in the vineyard, or use buried cow’s horns or deer bladders stuffed with biodynamic preps, are unsuitable for vegans. As animals are fundamental to the philosophy and the operations of biodynamics, it might well seem that there may be an irreconcilable gap between biodynamically-farmed wines and the needs of certain vegans. 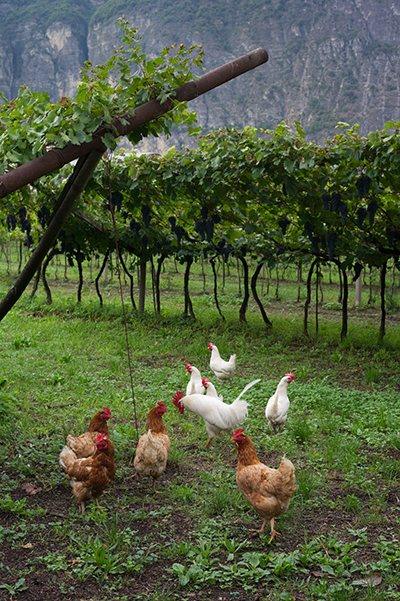 On a biodynamic farm, all life functions as a single organic unit, and the farm is an entity in a balanced state that can use everything made from upon it and the grows within its bounds. The animals are incorporated as co-workers (and cow workers), and plant mixtures are made to ensure the health of the soil. Such herbs like valerian, dandelion, yarrow, nettle, horsetail and chamomile, as well as cow manure, crystal powdered quartz, and oak bark are all packed into horns. The horn is a central tenet of biodynamic farming.

Steiner, and later, his proponents and teachers of biodynamic agriculture espoused that horns carried the latent force of the cow’s digestive system. The sheathed horn of the free range cow, that eats a biologically appropriate diet is connected via the lymphatic system to the four stomachs and the rumen of the cow, that means that the horn as an agent of digestion, and enzymatic breakdown of nutrients happens on the outside of the body as well as on the inside, or as above and so below. 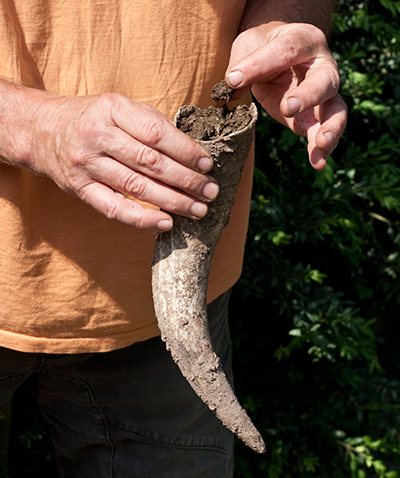 The cattle horns are linked to the gut system, and so carries the memory as well of the food processing, and alchemical breakdown of the prima materia, so to speak. The grass, tubers, insects, vegetables, clay and grain amongst other things that cattle eat on a daily basis move through all the stomachs, and are chewed a second time as cud, then cycles through the stomachs again. The horns act as a post-mortem replication of the digestive tract, as they serve as a carrier for fermented plant substances like the earlier herbs described, the fresh manure, and ground up mineral like the silicate of the quartz. When buried underground in the auspicious times of right alignment, usually around the winter solstice, and coinciding with other planetary and lunar events, they begin to work their magic, and literally alchemize the matter within into something altogether different. A potent soil, biodynamically rendered, aged, and transformed by bacterial microbes, life enriching nitrogens, and a varied flora in its microbiome. The horn does this because it had stored the processing power of the nervous and digestive system within its capillaries, and still ‘lives’ to a degree even when off the animal. Further, the horn must be from a female cow, or sow, who has already given birth, whose hormonal shifted has triggered lactation and the chemical compounds that literally transform a calf into a mother cow.

So much for the what and the why of the horn. Much has been written about the latent power of the horn in biodynamics and the relative dynamic properties of individual manures. The question is, does their use negate the vegan nature of the wine?

What constitutes an addition to a wine? Winemaking is usually viewed as that activity that occurs in a winery after reception of grapes and is the aggregate of physical and chemical interventions that assists in the transformation of grape juice into the final wine. Now it seems that we should also look at the quality and nature of farming, its impact and the methods used, when we are assessing the suitability of wine for an individual vegan.

A purist approach to veganism might insist that we audit each and every micro-detail in winemaking. Let none of those micro-organisms be missed! Not that the vineyard or the winery are sterile arenas. In the most literal sense, when you pick the grapes there will be insects amongst the bunches, and every winery I have been to, has a colony of fruit flies. You can’t hope to filter out every tiny part of living nature. Let’s go further in our puritan assessment. Every bottle of wine that is made, has either a direct, or indirect, environmental impact, or has been subject to some form of cross-contamination on the immensely complex journey from soil to vine to grape to winery to bottle. So, imagine a vegan vineyard as a cordon sanitaire. Untreated, unmanured. What about the incursion of wild animals – mice, birds, wild boar… 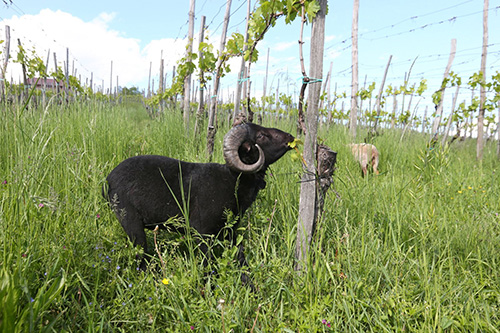 It is safe to say, that if we are absolutist about definitions of veganism, that wine cannot be vegan, because there will inevitably be vestigial animal incursions or an adverse impact on “animal life” in the very production of wine.

However, let’s not confuse veganism with Buddhism. We do not live in a vacuum, and can only aspire to minimise our (very human) impact on the environment.

If then our definition of veganism is less literal, then we may discuss the potential exploitation of animals in the making of biodynamic wine. Animals, as we have noted, are integral to biodynamics and soil fertility, and are also used as part of integrated pest control. Horses and oxen are used to plough the soils, sheep to graze the grass, and ducks, geese and chickens to check the snail population. Birds, and even beneficial insects, are allowed/even encouraged to colonise the vineyard to predate on minor pests. Is this holistic and productive farming approach antithetical to the nature of veganism? I imagine there are some philosophical vegans who would view any involvement of animals in farming as exploitative, others who are uncomfortable that horn manure is used (and would rather not drink a product that is based on micro-organic decomposition and growth) and other vegan consumers who simply want to know whether animal products are used in the winery. 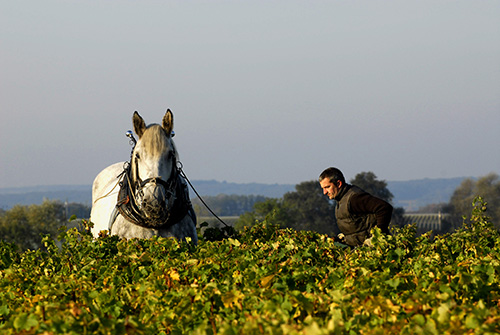 To return to biodynamics, Steiner wrote general guidelines for agriculture practice, and proposed that farmers take them and test the principles. These principles have been codified, more-or-less, by Demeter. There have been, however, plenty of adaptations since biodynamics was introduced. For example, the Oregon BD group routinely places some animal-sheathed preps within clay vessels, with no apparent loss of quality from reports. But if you believe in the inherent physical properties of the cow horn, then this will not be an effective substitution. Cristina Menicocci, apparently, makes biodynamic vegan wines in Italy, using boxes of larch and birch bark in place of the animal origin vessels. If biodynamics can be adapted thus, then perhaps wines using the principles, rather than the literal practices of biodynamic farming, may be made for those who are more particular in their vegan choices.

The other way of looking at this, is that every choice we make creates a ripple effect. Farming organically, for example, seems to be highly desirable, yet some scientists proposed that organically-farmed vines have a higher carbon footprint than conventionally-farmed ones. Biodynamics, on the face of it, seems to be an efficient, low-impact and natural approach to farming, promoting biodiversity and placing the human within the natural equation. The term ethical vegan is often applied to those who not only follow a vegan diet but extend the philosophy into other areas of their lives, and oppose the use of animals for any purpose. Another term is environmental veganism, which refers to the avoidance of animal products on the premise that the industrial farming of animals is environmentally damaging and unsustainable. Looking at these terms, we may find some accord between environmental veganism and the more ethical aspects of biodynamic farming. As individuals, our choices are way more subtle and complex (and occasionally inconsistent) than any overarching philosophy or religion. Whether the wine bottle is stamped as being organic or biodynamic or suitable for vegans, we know that is a tiny part of the real story of provenance.

A Humble Alternative to the Top Fifty Vineyards in the World