Jammy. In general, a pejorative wine tasting term. It denotes that the fruit character of the wine is cooked, normally as a result of grapes being harvested too late or having received too much direct sun. Jammy wines are generally high in alcohol and low in acidity, but a sign of sweet confection can also result from winemaking techniques such as carbonic maceration.

Kabinett. A wine designation in Germany (where it is a Prädikat) and Austria.

Kosher Wine. Produced according the religious laws of Judaism, specifically the strict dietary laws. From the crushing of the grapes onwards the entire winemaking process must be kosher-approved and the wine when is produced or sold must be certified by an agency or a Rabbi with the authority to do so.

Late Harvest. Also known as late picked, wine made from grapes that have been left on the vine longer than usual. Grapes can be allowed to ripen longer than normal on the vine in order to acquire more colour, more phenolic compounds, maturity and sugars. These qualities can be desirable for both dry and sweet wines. The latter wines tend not to be very sweet and pickers will tend to be harvesting grapes that are unaffected by botrytis.

Laying Down. The decision to put a bottle of wine away, either to defer gratification, ward off temptation to drink too early, or because you believe that the wine will develop into something more interesting and complex over time. Originally, collectors would probably “lay down” bottles of more expensive red wines in order to allow the tannins to soften and oaky elements to integrate, but now a lot of lees-fermented whites and skin-contact wines benefit from a long period in bottle to fully realise their potential. The danger of laying down a wine is that you might miss its window of drinking and discover (sadly) that said wine is oxidised or that the fruit has dried out. 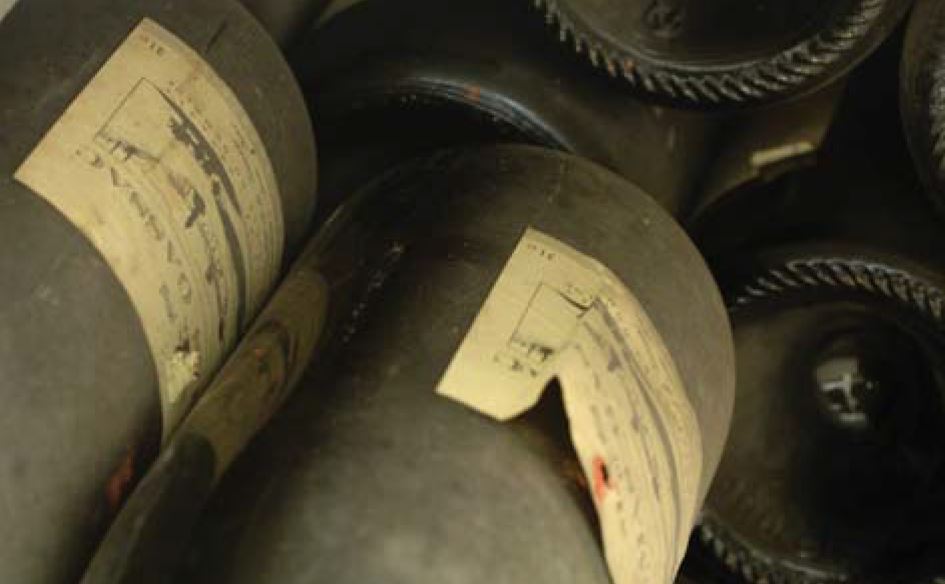 Leathery. Another tasting term that may either refer to the texture of a wine in the mouth or the particular aromas of certain red wines. The former meaning describes the nature of the tannins which will be chewy and dense, whereas the latter indicates a smell or taste that reminds one of animal hide, saddle, leather bags. Leather smells may also be the result of the presence of brett and may manifest as aromas of sweaty saddle, horse blanket and meat stock. Finally, leathery is also used to described certain red wines in their secondary or tertiary aromatic state, especially Cabernet Sauvignon, Syrah, Malbec, Merlot and Zinfandel.

Lees. Lees are deposits of dead or residual yeasts and other particles that precipitate to the bottom of the vat or barrel after the process of fermentation. Also, to the deposits left over from the secondary fermentation. The wine can be racked into a clean container (racking off the lees), but many vignerons prefer to keep the wine is contact with the lees – known as sur lie or ageing on the lees. The lees may be stirred (bâtonnage in French or lees-stirring) to promote uptake of the lees’ flavour and to ensure against reduction. The lees protect the must from oxidation, provide intensity and mouthfeel to still wines and also confer a kind of yeasty/biscuity flavour (in particular, to sparkling wines).

Length. The number of seconds or minutes the wine stays on the palate after it has been swallowed (or spat out). Described in tasting notes as short; medium or long. Length is considered a sign of quality and an indicator of the resonant material in the wine itself.

Lieu-dit. Specific part of a vineyard or region recognized for its own topographic or historical specificities. Their precise geographical location is not registered by the INAO and they are not premier or grand cru vineyards in themselves. Lieux-dits may be found in Alsace, Burgundy (in particular) and the Rhône Valley and are typically noted on a label as an indicator of quality.