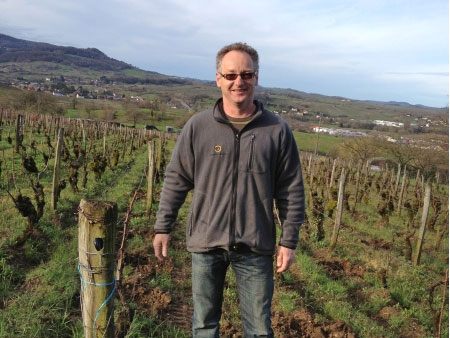 For a generation Michel Gahier and his family have been quietly working with some of the region’s most sought-after terroirs. The Gahiers have lived in Montigny-les-Arsures, just outside of Arbois, since the 16th century, and the family domaine dates back to 1874. Michel is the first of his family to bottle wine. He currently owns 7.5 ha of vines, farmed organically.

Like a growing number of producers in the Jura, Michel decided to make vin naturel rather than a homogenized, uniform style of wine as he feels it’s the best way to express his grapes and land.  Blessed to work with some great parcels of old vines from vineyard sites that inspire local legend, Michel works the soil with three horses and plants native cover crops between the vines (“the earth chooses the plants it wants”).

From the vineyard site “Grand Vergers” comes one of the Jura’s finest Trousseaus. The soils are heavier clay over limestone, not unlike those in a 1er cru of Burgundy, yet different from the blue marls of Pupillin that better suit Ploussard vines. Michael’s wines are aged in a combination of acacia and American oak barrels with very little sulphur addition. 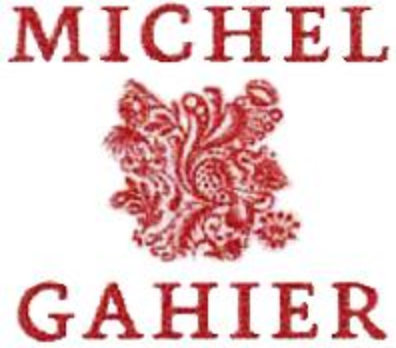 Trousseau is an old grape variety that is also known as Bastardo and possibly Merencao in Ribera Sacra; it is also used in the production of Port, but in the Jura, the wines produced from it tend to be lively, fresh, nervy and gorgeously complex when made by a sympathetic vigneron. Vineyard location undoubtedly contributes to the complexity of the wines. The 80-year-old vines are planted on the particular graviers soils, perfectly suited to the Trousseau grape. Grands Vergers is named after the lieu dit (parcel of land) where the vines grow. This is a very, very good example of a Trousseau wine having the delicacy that we associate with this fragile grape but also an extraordinary depth of flavour and a complexity that is intriguing. The classic Trousseau nose is understated, but emerges in its own good time to convey notes of pomegranate, cherry, rhubarb, autumn leaf and complex spice – almost Burgundy-like – but a bit more angular and masculine. The palate is where the magic happens, as this is one of those wines that just snaps, crackles and pops on the palate. Red fruit galore, floral notes, liquid rock and so much more…

Le Clousot is a Trousseau that is lighter than the Grands Vergers, with a paler colour but has a vibrant freshness and hints of smokiness. It is made in exactly the same way as the Grands Vergers but the fruit is sourced from the youngest vines that Michel owns. Younger vines usually produce lighter, more floral, wine styles with less complexity than older vines. Clousot has good lift, very good length and is quite juicy – hence is very drinkable. No sulphur has been added to this wine at any time during the winemaking process, nor at bottling.

La Vigne du Louis is from a vineyard in Montigny with a northeast exposure which requires a harvest later than the other “cru” reds. The vines are forty-five years old. Menthol cherries and peppery earth. The acidity is vibrant—perky, even—and the effortlessly complex country flavours are carried weightlessly by its snappy and persistent energy.

Les Follasses is 100% Chardonnay from the high-elevation, slow-ripening Les Follasses limestone vineyard. Matured in neutral barrels, which are kept topped-up. Appealing nose of limestone, spice, apple, lemon zest and a faint lactic note. Fruity but dry, round but also ethereal. Crunchy minerals add flavour and texture while the zingy acidity combines with a saline note to make the long finish a lip-smacker.

The grapes for La Fauquette are sourced from a vineyard close to Michel’s house. This is a “sous voile” wine made from the mutant grape found only in the Jura called Melon a Queue Rouge. As the name implies, this grape variety is distinctive because the grape has a “red tail”. It is likely that this variety is a mutant of Chardonnay and is much beloved by Jura producers despite the difficulty in tending the vines.

The barrel in which the wine matures is not topped up. Instead, as the wine evaporates through the pores of the barrel a thin veil (voile) of yeast forms on the surface of the wine and this protects the wine from excessive oxidation. The oxygen that does penetrate the veil causes it to develop an exciting nutty spiciness that is incredibly appealing. Light (and delicious) oxidation that marks the nose, lifting and heightened nutty, savoury, and honeyed aromatics; one might go so far as to say “sesame seeds, baked apples, and wild flower honey”. The palate is silky and surprisingly plush for the vintage with a long nuttiness and a fresh lift of acidity. Hunt down some Tomme de Savoie. 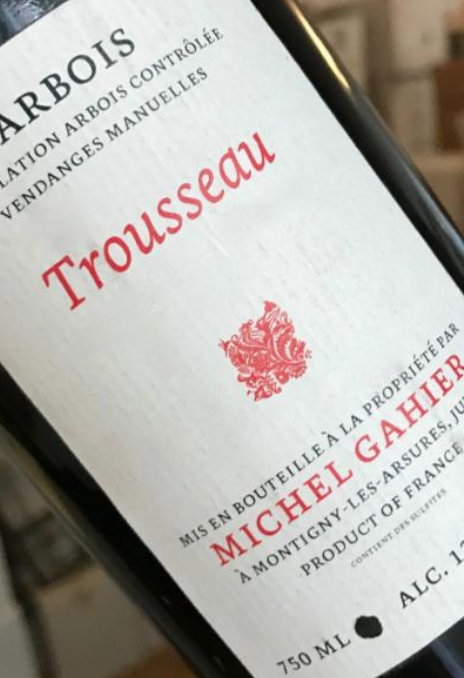