Oregon produces quite a small amount of wine but an awful lot of noise. Which is not at all to say that the state’s wine industry is overrun by brash publicists – rather the reverse. The typical Oregon wine operation consists of relatively neat, high-trained vines round a few old wooden shacks manned by a highly educated loner who revels in the contrasts between his wine region and California. —www.jancisrobinson.com 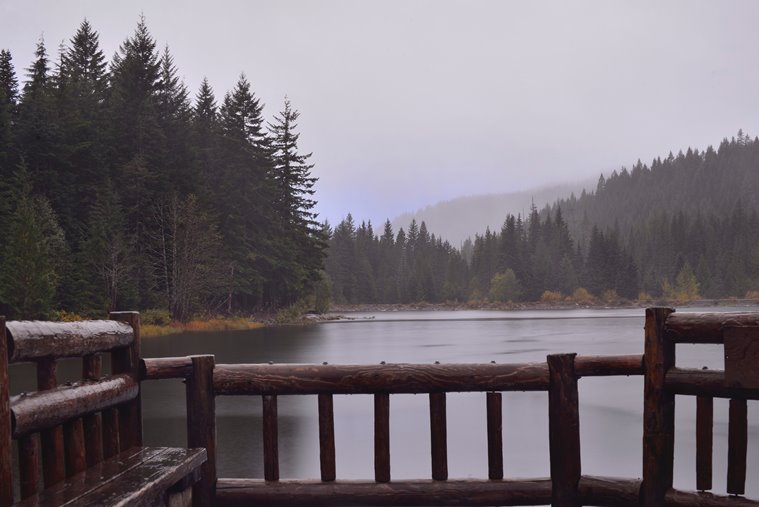 Oregon is a large state with seven major growing regions and 18 approved American Viticultural Areas (AVAs), from the oldest, Willamette Valley, established in 1983 to the youngest – The Rocks District of Milton Freewater (2015). Oregon is 5th in terms of overall wine production in the US, but third now in the number of wineries (just over 700). Pinot Noir is, by some margin, the most important variety in the Willamette Valley (where there are six sub-AVAs), although there are also plantings in the Umpqua and Rogue Valleys, Columbia Gorge and Columbia Valley. Approximately 82% of the state’s Pinot is produced in the Willamette Valley and 62.3% of the entire state is planted to this grape. There are various physiological (climatic), cultural/historical and commercial reasons for the primacy of this variety in this region.

There are pioneering winemakers such as Chad Stock and Jeff Vejr, who are both introducing new – or rediscovering lost or forgotten – grape varieties in the quest for versatility and variety.

So much for the raw stats. The Willamette certainly provides a propitious climate to grow Pinot with its long hours of summer sun combined with cool temperatures at the beginning and end of the growing season. Grapes ripen slowly here, with a long period of flavour development at the end of the growing season and harvest in late September or early October. Just in case one thinks of the whole of Oregon as a one-trick pony, as one ventures further east along the Columbia Gorge, then one may find an array of different varieties planted. The same goes for the warmer parts of southern Oregon (Rogue Valley and Applegate Valley, in particular) near the border with California, where we may find, inter alia, highly creditable examples of Syrah, Grenache, Tempranillo and Cabernet Sauvignon. Then there are pioneering winemakers such as Chad Stock and Jeff Vejr, who are both introducing new – or rediscovering lost or forgotten – grape varieties in the quest for versatility and variety. Otherwise in the Willamette Valley, producers gravitate towards Pinot Gris (the second most planted variety) and Chardonnay. 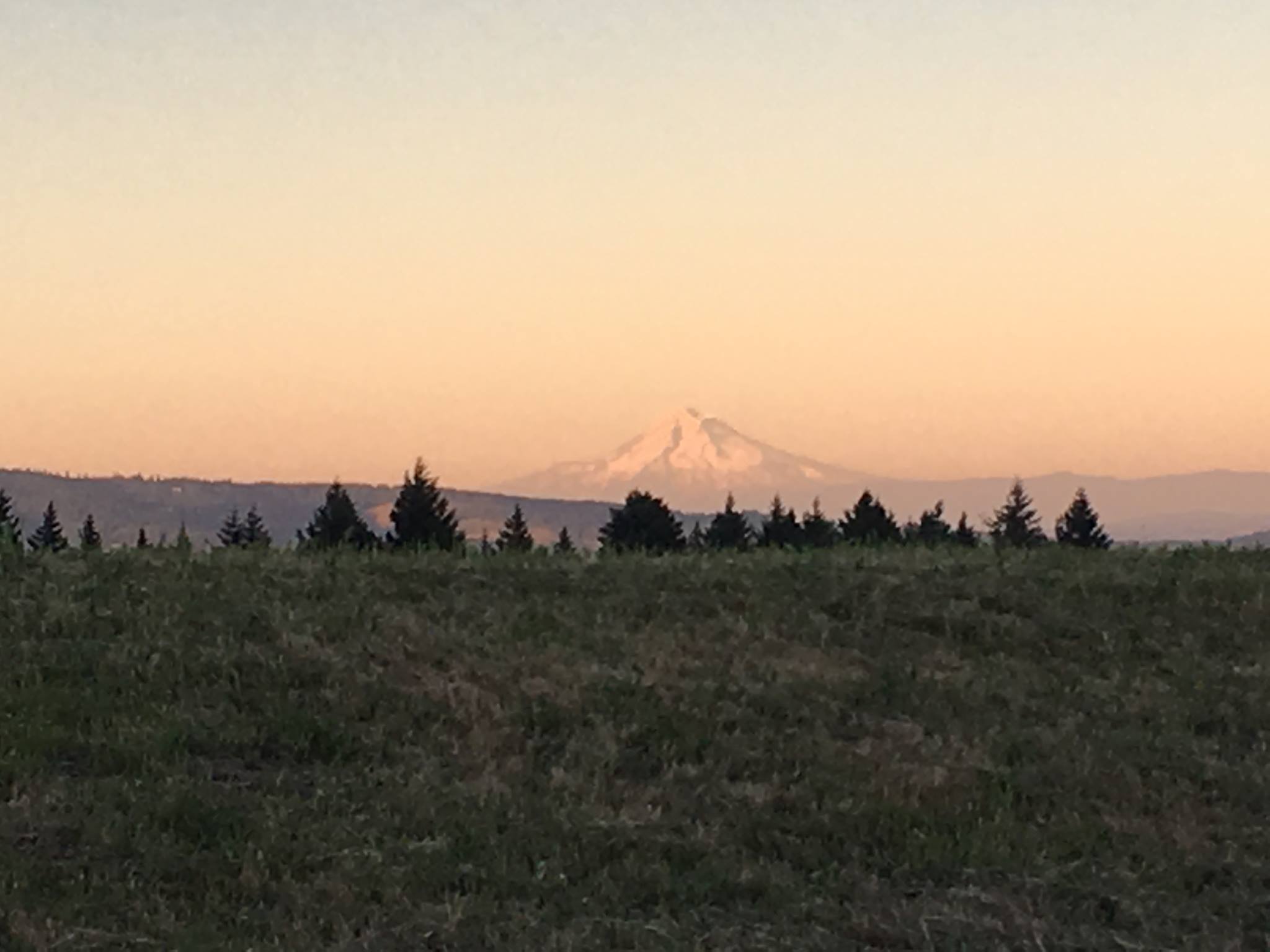 The weather conditions of the Willamette Valley—and of most places in the rest of the state where Pinot Noir is grown—are described as “cool-climate”. The 45th parallel cuts through the Willamette Valley just north of Salem and until the end of June the vines tend to receive roughly the same amount of sunshine as those in Burgundy. From July to September there is a sun-and-heat spike. The growers seek sufficient heat to ripen physiologically mature grapes, but not so much as to deprive the grapes of acid, finesse and complexity. There are other factors – the latitude plus proximity to the ocean brings moderate temperatures year-round with no vine-killing cold in winter or serious frost in spring. Meanwhile ocean breezes bring cool nights that allow the vines to respire and vineyards that are located in the Van Duzer gap (a dip in the Coastal Range where cold Pacific air pours through) produce grapes with excellent acidity. The Cascade Mountains to the east protect from the hot and cold extremes of the continental interior. Harvest in the Willamette Valley normally occurs in late September to early October, compared to mid- September in Burgundy, and late August to early September in California. Having said that, there has been a run of earlier vintages in the past decade, challenging Oregon vignerons to produce balanced wines. 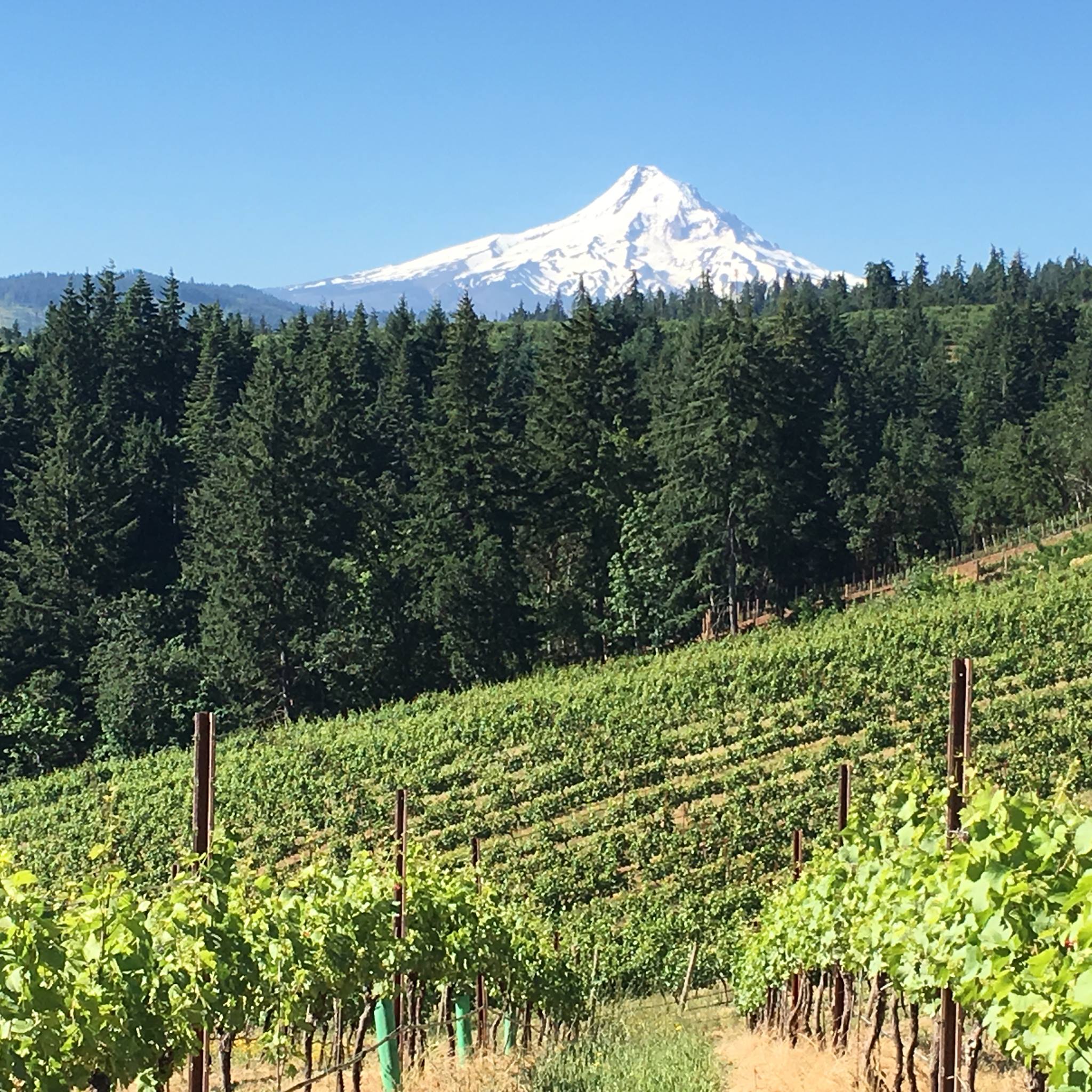 The hillsides within the Willamette Valley comprise a complex series of soils formed at different stages of geological history. There is no doubt that the diversity of Pinot Noir wines grown in the Willamette Valley depends in part on the diverse origins of the soils in which the vineyards are planted. Many millions of years ago marine sediments that were laid down on the floor of the Pacific Ocean and these give rise to the following soil types: Willakenzie, Bellpine, Chuhulpim, Hazelair, Melbourne and Dupee. After this were the basalts that originated as rivers of lava erupting from volcanoes on the east side of the Cascades flowed down the Columbia Gorge toward the sea, covering the layers of marine sediment on the floor of the emerging Willamette Valley with layers of basalt. The Willamette Valley continued to buckle and tilt under pressure from the ongoing coastal collisions, forming the interior hill chains that are typically tilted layers of volcanic basalt and sedimentary sandstone, such as the Dundee Hills and Eola Hills. This gave rise to the famous red volcanic clay soils such as Jory, Nekia and Saum.

Windblown loess comprises silt blown up from the valley floor onto northeast-facing hillsides originating from weathered basalts and sediments. The most notable example is Laurelwood. Finally, there are the Missoula Flood deposits brought down the Columbia Gorge from Missoula, Montana, the result of a repeatedly melting glacial dam. These include Wapato, Woodburn, and Willamette soil types.

Pinot is set against Pinot in beauty contests all around the world. Rather than benchmarking we should acknowledge the contrasts and accept that Oregon Pinot must have its own style, but that that style is still evolving.

It is also worth noting that these are not the same soil types as one might find in parts of Europe where Pinot performs powerfully. No limestone, marls or schistose soils here, so one should expect the grape variety to reveal a different identity.

In almost all cases, classic Willamette Valley Pinot Noir grows on hillsides, often quite rocky, facing southeast, south or southwest, at least 200′ above sea level and avoiding cooler hilltop microclimates over 900′. This is a common factor amongst the six sub-AVAs within the Willamette Valley, regardless of soil types and weather patterns. As with anything the soils, the orientation and the climatic variables will impact on the final wine that is made.

It is tempting for any region producing Pinot Noir to compare itself (consciously or unconsciously) to Burgundy. And Pinot is set against Pinot in beauty contests all around the world. Rather than benchmarking we should acknowledge the contrasts – in terms of climate, soil types and elevation – and accept that Oregon Pinot must have its own style, but that that style is still evolving. More on this anon.

Focus On: Recaredo (Cava not Cava anymore) and Celler Credo