Tradition is not a return to an obsolete past, but rather the permanence of its origins through time

Since 1805, seven generations of the Plageoles family have carried out the tradition of vigneron in Gaillac, producing white wines from native Gaillac white grape varieties, Mauzac and Ondenc and red wines from the native Gaillac red grape varieties of Duras, Braucol and Prunelart. Currently the Domaine Plageoles comprises 23 hectares of white grape varieties and 7 hectares of red varieties. In the mid-to-end of the nineteenth century, the family’s vines were spared destruction by the phylloxera epidemic saved from the ravages of this voracious grub by the estate’s deep clay-limestone soils.

Robert Plageoles’s passion for history and for his region’s grape varieties and for its viticultural traditions mean that he and all members of the Plageoles family have made the preservation and protection of traditional indigenous Gaillac grape varieties and wine-making procedures. Robert did painstaking work, often going into the forest to find wild vines growing, and going to seed banks to resurrect these grapes. Robert’s son Bernard continued this work, and now his sons Florent and Romain have taken up the cause of natural wines in Gaillac. Over the years they have created a conservatoire ampelographique (a museum or a conservatory of grape varieties), an unrivalled collection of ancient local and long-lost Gaillac grape varieties that were not replanted by the local vignerons after their own vines were destroyed by phylloxera. Those varieties include the white Ondenc, Verdanel and all of the seven of the different varieties of Mauzac as well as the aforementioned reds varieties, Prunelart, Duras and Braucol. As well as more a terroir-driven style some of their wines recreate the traditional, historical wines made in Gaillac and now forgotten, for instance, the Vin de Voile (aged for seven years in barrel, in a similar way that the Jura’s Vin Jaune is made), the Vin d’Autan (a vin liquoreux) and Mauzac Nature (the traditional sparkling wine of Gaillac).

The wines of Gaillac as a whole are on the map today as wines of quality due to the hard work and adventurous spirit of the Plageoles family. It all started with Robert Plageoles, who took great pride in bringing back the lost indigenous varieties of the area. He researched and replanted over a dozen varieties (7 in the Mauzac family alone) indigenous to Gaillac that had all but vanished. To drink the wines from Plageoles is to experience the fruit and terroir of living history.

The wines of Gaillac as a whole are on the map today as wines of quality due to the hard work and adventurous spirit of the Plageoles family.

The terroir in Gaillac is made up of clay, limestone, sand and silex soils. Gaillac receives more sunshine than Bordeaux and is graced by a cool maritime climate.  The vines are trained by the traditional Gobelet training method. Plageoles is farmed organically without chemical fertilizers, weed killers, or synthetic products. Their wines are made without cultured yeasts, chaptalisation or any additives other than a little sulphur. Their traditional Méthode Gaillacoise (also called Methode Rurale) sparkling wine is called Mauzac Nature. It is released a year after the vintage. This technique involves a single fermentation, without any additional sugar being introduced. The fermentation is stopped by a series of rackings; the wine is bottled before all of the sugar is converted into alcohol. The residual sweetness, therefore, comes entirely from the grapes. After several months, the residual natural sugar starts to re-ferment and this produces the sparkle or bubbles. The wine is kept on the lees and not disgorged. It’s straw yellow and is somewhat cloudy in the glass with ultra-fine bubbles. A supple citrus and yellow apple (almost cider-like) scents dominate the nose. This creamy and concentrated gem is savoury with white fruits, with just a suggestion of citrus sweetness. A note of marzipan and vibrant acidity dovetail beautifully on the elegant finish. 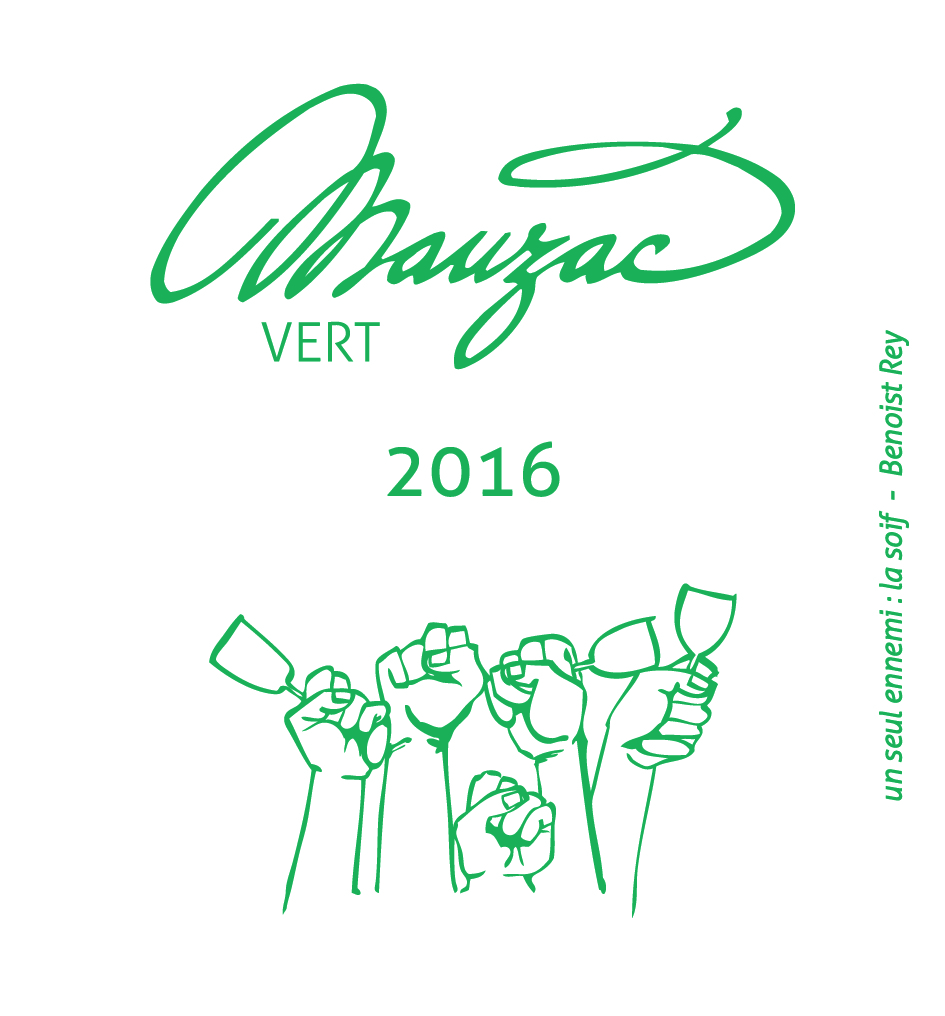 The Mauzac Vert vines come from several different plots, with different expositions, one south-facing and the other north-facing, all planted in clay-limestone soils, at an altitude of 280-285 metres. At 60 years old these are some of the oldest vines on the estate. The grapes are pressed and after one night’s settling of the juice, the wine undergoes one year’s wild yeast fermentation and subsequent ageing in 50-hectolitre concrete vats lined with fibreglass vat. There is a full malolactic conversion.

Bro’ Cool is from 30-year-old Braucol (also known as Mansois or Fer Servadou) grapes destemmed and partly traditionally fermented whilst the other half undergoes semi-carbonic fermentation with whole bunches. After the malolactic fermentation the two components are blended. Everything is done in concrete and extraction is brief and gentle. The wine is lightly filtered before bottling and given a small dose of sulphur. This is a thoroughly delicious inky-dark red with a bright savoury nose, notes of gravel, earth, spice and very moreish cranberry and red cherry fruit. The acidity is vigorous, the tannins agreeable.

The Mauzac Noir is made in the same way with an eight-day fermentation and racked twice. It’s a very individual wine, pale red, with vegetal aromas, notes of green and white pepper and a touch of cherry and blueberry on the finish. 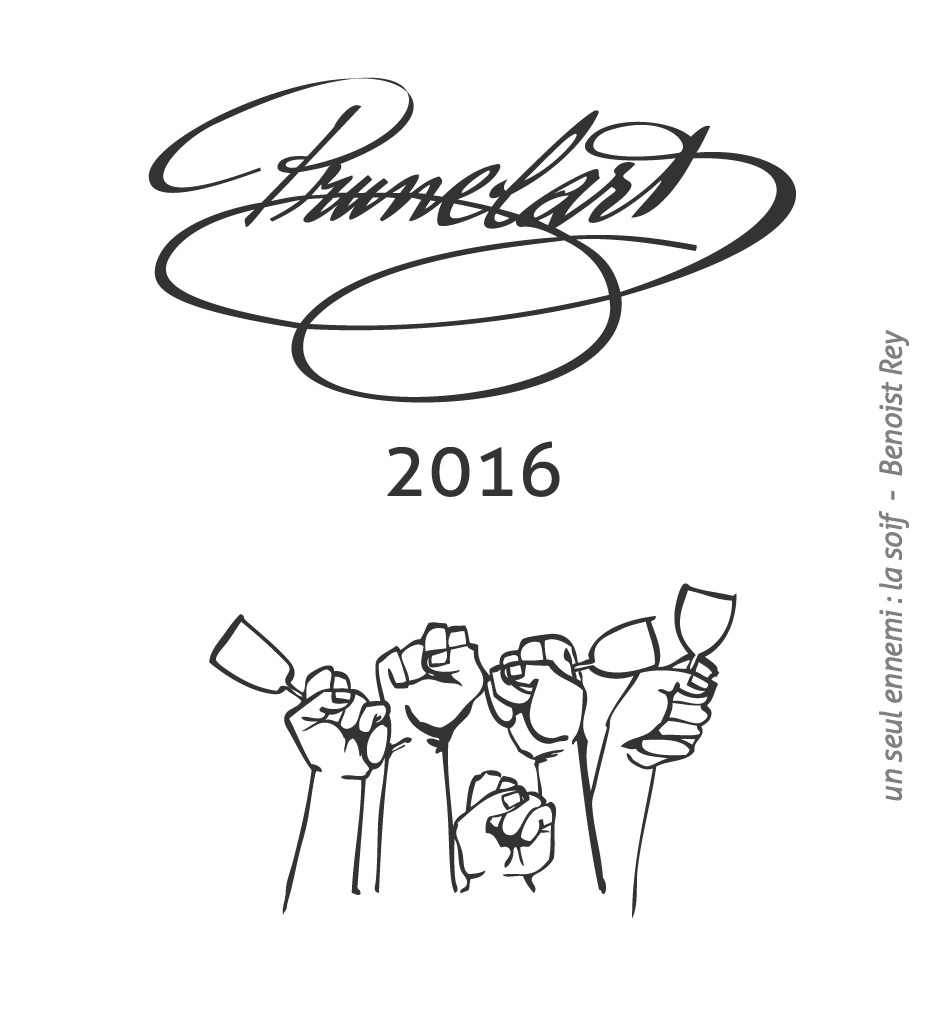 Prunelart: the art of prune

There are only about 20ha of the largely forgotten grape variety Prunelart left in France and the Plageoles have played a key role in saving the varietal which has been in Gaillac since the 1400s and is a parent of Malbec. The Plageoles’ Prunelart vineyard is planted at a density of 5000 bush vines per hectare, is farmed entirely without chemicals and is made naturally. The wine is rich with a lifted, plummy nose leading to a silky-smooth palate, with tarry plum, soft liquorice and something cool and fresh too – green peppercorns, and then meat and earth come into subtle play with the bright fruit. Some gentle, fine, peppery, spicy-savoury tannins kick in, keeping the finish fresh. Prunelart is the art of pruniness – onomatopoeia works! 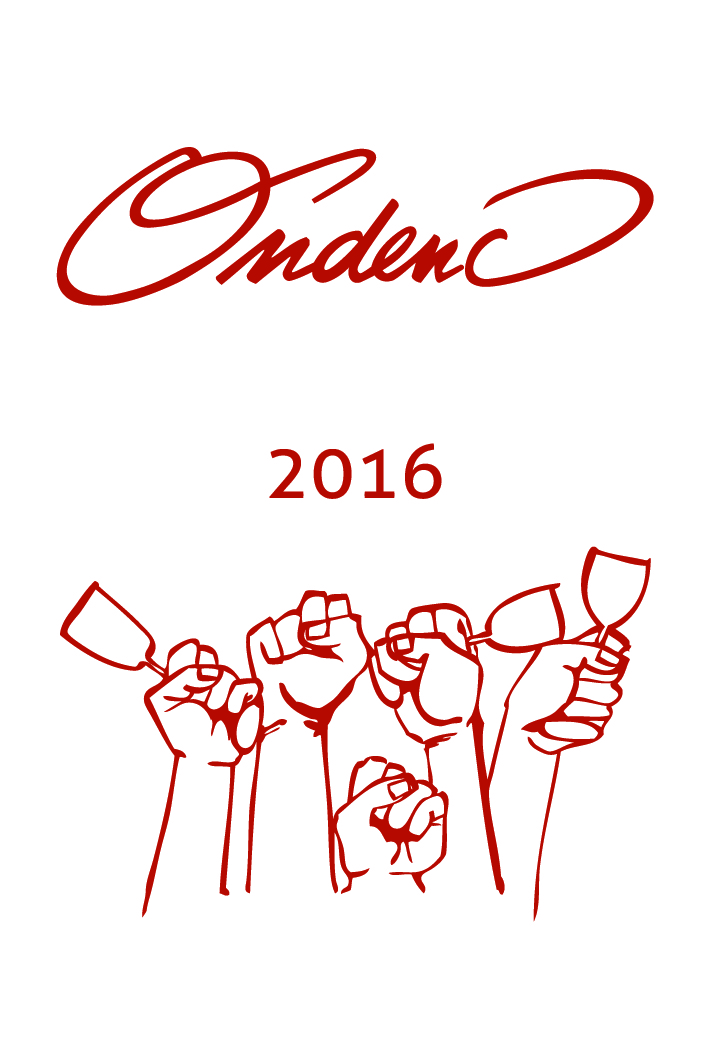 New to our Plageoles collection is the L’Ondenc Doux. This gently sweet wine derives from passerillage on the vine of the grapes. When the grapes reached 12° alcohol, the vineyard team walks through the vines and using a flat-sided type of pliers, pinches the top of the stalks, thereby cutting the sap flowing between the vine and the grapes. The resultant dried-out grapes are picked manually a fortnight (yields around 12-15 hl/ha) after this procedure and pressed immediately. The juice has a 3-4 months’ wild yeast ferment in 600-litre wooden demi-muid with basic temperature control, undergoes a full malolactic and spends a further eight months ageing on fine lees in the same vessel. They filter using a filtre tangentiel (cross-flow filtration), which ensures that the wine does not later re-ferment in bottle, racking twice and add a small amount of sulphur at each of the rackings. The wine finishes with around 100 grams residual sugar, beautifully balanced by refreshing acidity. Silky and nuanced, with a Chartreuse-like complexity to the nose and figgy, layered richness to the palate, the finish is fresh and clean. 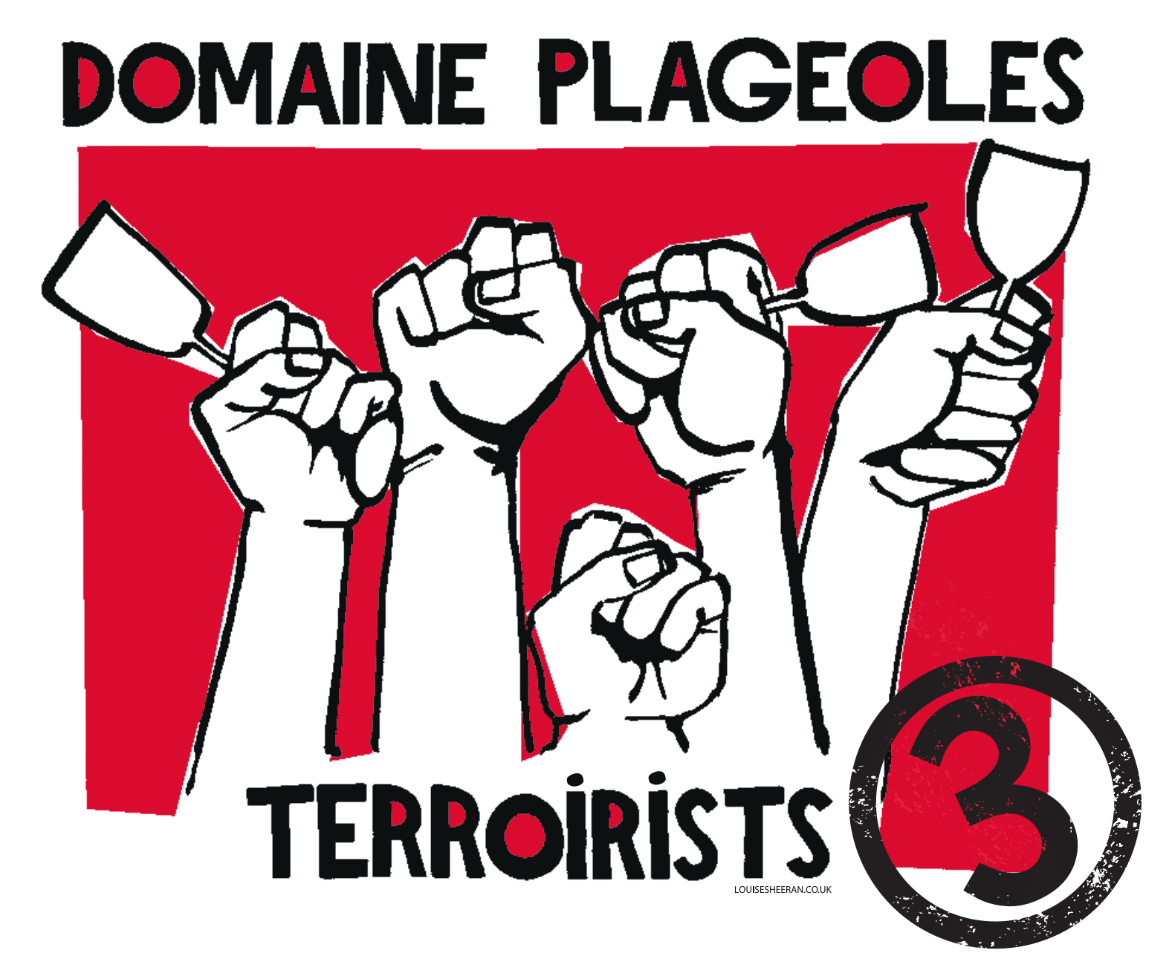 If that is different, now for something completely different-different. A red cuvee called Terroirists. The story is that Romain celebrated his return to the family winery (having worked in London) by hatching a wheeze with bro’ Florent to create a simple vin de soif blend from the rare and forgotten ancient Gaillacoise grape varieties that Robert and Bernard had assembled in their conservatoire. The two brothers thus made a co-ferment of a baker’s dozen plus two including Nebelescol, Piquepoul Gris, Marrocain, Morrastel, Mourtes, Jurançon Noir, Prunelart Noir and Blanc, Verdanel, an assortment of types of Duras and a lickety-lick of Mauzac Vert. The label says it all, a fist-punching, glass-brandishing celebration of terroir and drinkability and sucks-boo to all things appellation. A poster of this label adorns the walls of Terroirs Wine Bar and many other drinking establishments as a call to drink.

Vin d’Autan: The History of a Unique Wine

The Autan wine, the flagship of this domain, is made from Ondenc, a grape variety originally from the Tarn Valley which was once widespread in the southwest region of France since the Middle Ages. Phylloxera, however, almost wiped it out. Dr. Guyot, who invented cane pruning (taille Guyot as it’s called in France), used to say that Ondenc produced wines that could rival the best Sauternes. Robert Plageoles replanted almost five acres (2 ha) of it in 1985.

The Plageoles family don’t just stop there. They also perpetuate a way of working which was prevalent in Gaillac from the 12th to the 18th century. Robert, an avid reader of old manuscripts, found writings on this type of work in some forgotten archives. While the way they prune the vines combines tradition and new methods (gobelet and trellising), when the grapes are ripe, the vintners go through the vineyards and pinch the peduncles to stop the sap from flowing to the fruits. The grapes then slowly dry out, thanks to the Autan wind, which blows from the southeast. Later they are carefully picked and left to desiccate even further on straw mats, with a method similar to the one used to make straw wines. After pressing, the grapes ferment and the elevage in concrete tanks lasts 12 months. Robert Plageoles and his son have always refused to use wood barrels for the elevage, as they want to keep the purity of the fruit and the characteristics of the terroir.

Leaving the overripe grapes on the vine and the subsequent drying out of the fruits on straw mats dramatically reduce the yield. In 2001, for instance, it was only 0.45 ton/acre (6hl/ha). “This is a climatological wine,” says Plageoles, which explains why it is not always consistent in style. The taste is extraordinary – think bruléed autumn apples and pears flecked with syrup and a persistent elegant finish hinting at walnuts. The natural Ondenc acidity keeps the taste reverberating for minutes. This wine will age fifty years and more. According to Paul Strang, Plageoles describes it as “à nul autre comparable, il est le vin du vent et de l’esprit” – “it is comparable to no other, it is the wine of wind and spirit”.

A Tribute to Gerard Basset OBE

Itata and the roots of Chilean wine