Accustomed to the veneer of noise, to the shibboleths of promotion, public relations, and market research, society is suspicious of those who value silence. –John Lahr 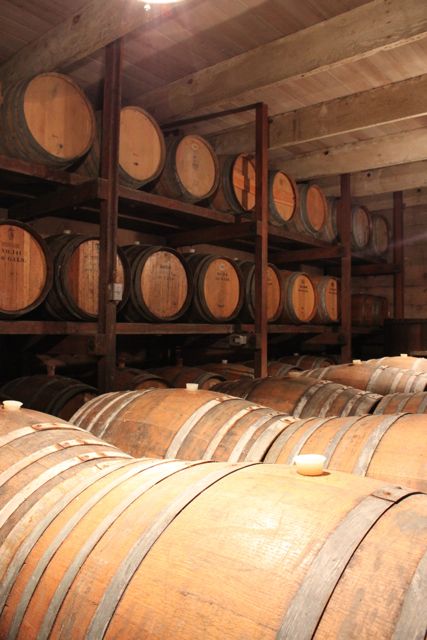 Just as dementors feed naturally off fear and sorrow, the wine trade seems to gorge itself on hype, the latest of which concerns a particular Bordeaux vintage assessment. Like Christmas it comes once a year; unlike Christmas it seems to last for months and gives wine commentators reason to speculate on the ghosts of en primeurs past and future. Bordeaux (by which I mean the chateaux trading for gain) is bathed in money and sycophantic reverence. It is somewhat obscene when you think that 80% of humanity lives on less than $10 a day, that wine, primarily a drink after all, is treated as commodity to be traded for profits, largely for the self-aggrandisement of rich collectors, institutions and, of course, the now-corporate chateaux. What’s in a name? Everything, apparently. Commodification, of course, fosters desirability. Put into perspective – wine is the manipulated juice of grapes and though certain wines certainly possess certain qualities that elevate them to higher levels, it is the luxuriance of the hype that creates the demand, that transforms, for example, the often mediocre wine in champagne, say, into a brute (sic) luxury commodity (if we are accepting a sharp dosage of reality), and that ranks vintages, and sustains the index-linked value of certain products beyond all logic or good taste.

These wines, to borrow a favourite simile of movie critic Pauline Kael, are as Promethean as a cash register. Wine can be nourishing and beautiful, but the publicity that surrounds both the basic and the more gilded brands is bamboozling, pretentious and definitely overwrought. 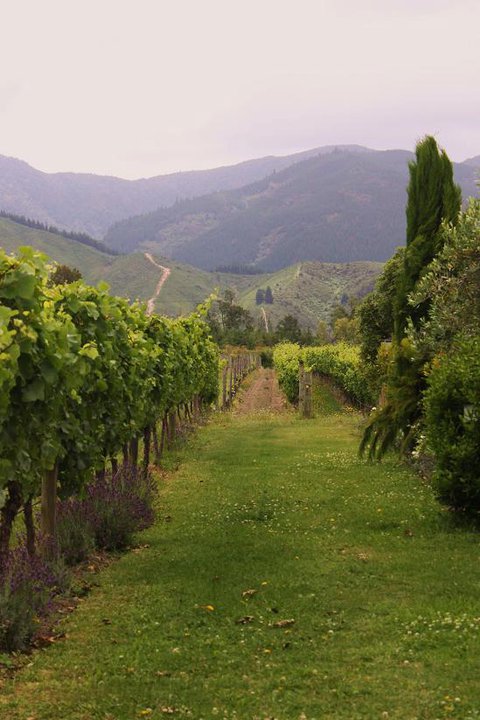 Hype does not simply extend to wines that cost £££. New Zealand’s most famous Sauvignon surfs ahead on waves of gimmicks and marketing ploys. The creation of a luxury brand in this case is due to successfully planting the illusion that demand is huge and supply is scarce. 1.2 million bottles of Sauvignon is not a rare commodity, but the illusion has been skilfully fostered and the product remains highly desirable even if some of the gloss has now worn off.

I’d urge you to try German Riesling because it’s delicious, but I fear you’ll be more impressed if I tell you it’s cutting-edge. That, after all, is what we want to know– what’s now and happening. (Do you really think clunky square-toed shoes make your feet look better than those with slimming, tapered toes? You just wear them because that’s what fashion dictates, you slut.) —Jay McInerney, A Hedonist in the Cellar: Adventures in Wine

Take marketing. Take it, I say. There is more collective bull in the wine industry than Pamplona, evidenced as day after day dozens of press releases about initiatives, trends and surveys nestle comfortably in my spam folder. There are more junkets, trips, wine dinners, conferences and celebrations than ever, a perpetual moving feast of publicity, a juggernaut of global criss-crossing and event-hopping that gets faster and more frenetic by the year. Meanwhile, the tasting competitions seem to be getting bigger and brassier yielding more and more medals and trophies, attracting and generating bigger numbers and more money. There are also, of course, the associations which speak for and promote the interests of whole countries, and others that work on behalf of regions within those countries and yet others that group together and advertise certain growers within those regions. There are even web-sites devoted solely to certain grape varieties and world-wide conferences dedicated to promulgating the virtues of those grape varieties. I’m half-expecting public holidays to be instituted so we can properly celebrate World Grenache Day or Carmenere Fortnight. Is this amazing diversity or just a cacophony of self-promotion? If the time and energy spent on marketing wine was channelled into the product itself one feels that the wines would be rather more amazing than they are. As one grower once said to me with a weary smile: “Why do you think it is called the wine industry?”

The medium has become the message. 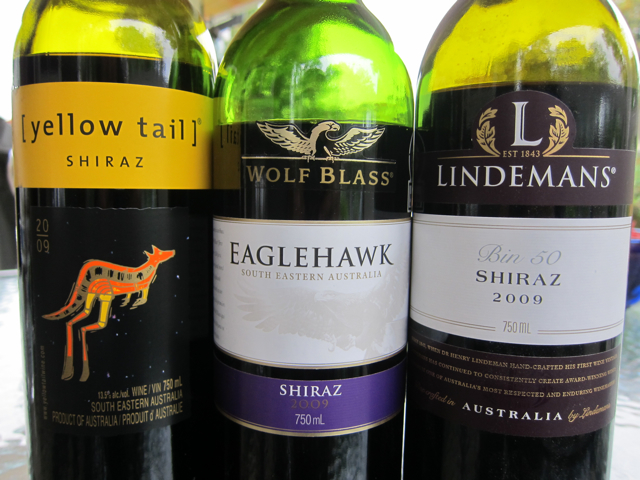 Repackaging the same wines in “imaginative ways” (ironic quotes) is the pr razzle-dazzle.  There are numerous examples of massive marketing reinvention. Growers in Australia once had an extended love affair with big, big fruit and the flavour of sweet wood in wine, marketed by varietal and decried terroir as Gallic hocus-pocus. The unique selling point of Aussie wines was their accessibility and unpretentiousness. The story of the rise and rise of Australian wines as an undifferentiated entity is well-documented. What began as a decent marketing ploy to get the wines out there became an bombastic exercise in world domination. ‘Australia got caught up in its own hype and started believing its own bullshit,’ says Max Allen. ‘A lot of us at the time started to say is it really going to keep growing like this?…More vines were planted each year and quality started suffering. The world was flooded by substandard wine.’

A co-ordinated approach with a single overarching message undeniably generates powerful momentum. This facade of unity soon splintered for a variety of reasons and now differentiation is the latest message. Actually, it is not a single message but lots of different message. The new mantra vaunts terroir, vineyard definition, soils, micro-climates and plots of land. And why not – it’s a healthy dialectic, but one which also illustrates how absurdly transient advertising is, today’s unique selling point being tomorrow’s metaphorical chip wrapper. Wines of Chile, for example, bang on about the exceptional terroir and diversity of the country, and yet for years we were being enjoined to buy the wines on price point and humdrum reliability alone. Switching tack in this fashion is about following rather creating trends. Terroir is cool – let’s have some of that! 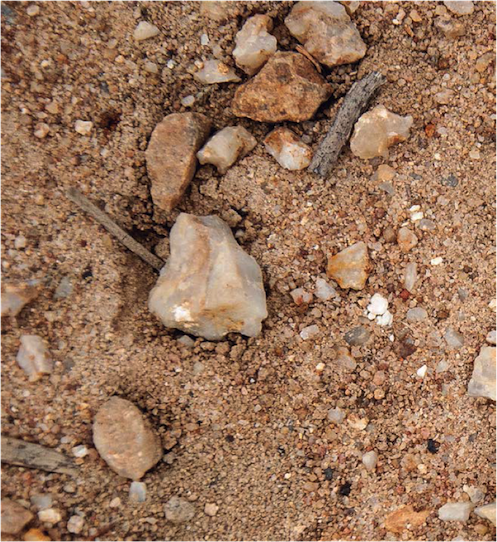 So we swing from hype to counter-hype. From venerating Chardonnay and Cabernet Sauvignon to ABC, old certainties banished in a desire to discover the new and groovy. The need to fill columns with any old wine guff is insatiable – within the last five years I could probably point out a hundred so-called nailed-on trends. The whole thing becomes self-defeating; it is predicated on the idea that people will always buy on the perception that something is trendy; that this never-ending thirst for novelty will sustain consumer interest.

Sometimes marketing is couched in a tone of faux-naif wonder. I remember reading a few years ago in a national newspaper that Viognier was the hot new grape because it “tasted like Sauvignon – only more so.” These were the somewhat facile sentiments of a major wine writer, mind. Falanghina and Fiano have been described as the “new Pinot Grigio”. God forbid – two more milquetoast grape varieties to hype on about. Modern winemaking techniques can, after all, make all wines taste the same – cold fermentation, flavoured yeasts and enzymes and dozens of additives can create your happy pasteurised Frankenwine. Only the label changes. Reducing wine to a label, an image, serves to devalue the better quality versions of those wines and is tantamount to treating the average wine buyer as a kind of exanimate moron. Hype creates a make-believe world where there is always new exciting choice – every day a brand new holy grail; yet it shrinks choice by removing the context for such assertions. A Hungarian Pinot Grigio made in a factory is a not a new choice; it is the same choice repackaged. The factory could be in any country on the planet. 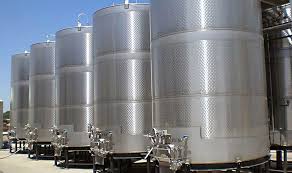 Hype takes other subtle forms.  One such involves putting interesting spins on the truth; in other words, repeating a sentiment with absolute conviction often enough until people believe it must be true. We’ve all heard, for example, that English sparkling wines are challenging the best in the world because they occasionally trounce French brethren in a blind tasting competitions. This is a statement of opinion, not of fact. Look at it another way. There are a few (very few) wines that are very good, perhaps a handful of sparklers and a tiny number of still wines. And let’s also acknowledge that many of the Champagne marques are not as good as their hype would have you believe. In the era of globalisation and much-of-a-muchness winemaking a random English sparkler may well be better in the opinion of some than a Champagne, but the PR spin that asserts that English sparkling wines are better, than their French equivalents, has (with the assistance of certain wine writers) insinuated itself into public consciousness where it has acquired the status of received wisdom. Hype is the tiniest snapshot of truth, enjoining to miss out on the bigger picture.

I remember reading around fifteen years ago a piece which, roughly summarised, bruited: “Watch out France! Bulgaria is on the way”. (PS Bulgaria is apparently on the way again). Watch out France seems to be a go-to marketing ploy – knock that crowing coquerel off its perch! The world of wine, however, is far more complicated than arm-wrestling between countries for the position of top of the wine pops; many growers work to a style or philosophy that may well be considered alien to other growers in their very own region or country; in fact, they will often share identical values with growers from other countries. Wine culture is more truly global than the homogenisation of wine branding; it is necessarily difficult to hype something so intangible, an idea or an ideal, if you like, which has no bureau raising funds for it to launch a PR campaign, yet the phenomenon is no less real for all that and its dissemination works effectively on a viral level, through deed, word of mouth and passionate blogging.

Ultimately, PR and hype are aspects of commercial need to sell at all costs, and to continuously raise the bar on expectations. It’s no coincidence that Bordeaux enjoys a vintage of the century every couple of years. The use of marketing tools to manipulate behaviour is the embodiment of the world view that individuals are merely consumers, a view of human beings as ciphers readily responsive to operant conditioning. And so we are bombarded with hyperbolic propaganda about what is commercial, trendy or correct when we need to discover the information that tells us what is good or bad for us. These agendas are determined by commercial operations that want people to buy their products; the law of advertising being that the more hype you generate the more people want to identify themselves as part of the consumer pack.

I believe that music is connected by human passions and curiosities rather than by marketing strategies. (Elvis Costello)

Needless to say I do not subscribe to this overly simplistic, deterministic view of the world. Vive la difference in wine! Vive la difference in taste! Vive real wine intelligence – let’s go beyond the label, and beyond the brand, ignore those surveys that seek to place us in behavioural “segments” and encourage people to think of themselves as more than consumers, but as sentient individuals with valid opinions. An informed buyer is one who has the self-confidence to resist gaudy advertising and histrionic claims and deploys a mixture of curiosity, experience and instinctive judgement in their decision-making.

When the Wine Tastes You

The Point of Points: Part 3