If 2020 was the strangest of all possible worlds, then 2021 was the worst of times. As if that annus horribilis hadn’t left a foul enough taste in the mouth, then the beginning of 2022 saw the invasion of one sovereign country by another, and is currently witnessing a needlessly vicious and cruel razing to the ground of a country’s people, culture and infrastructure.

The war has raged over 100 days, and will undoubtedly last for many months more. Everyone is a loser here. War is careless nihilism. It is destruction, humiliation and genocide, for the sake it. We can either wring our hands and say despondently, “this is the way of the world in the worst of all possible worlds”, or do whatever we can – and that beyond the rhetorical posturing of governments – to provide succour to the benighted citizens of this proud country. 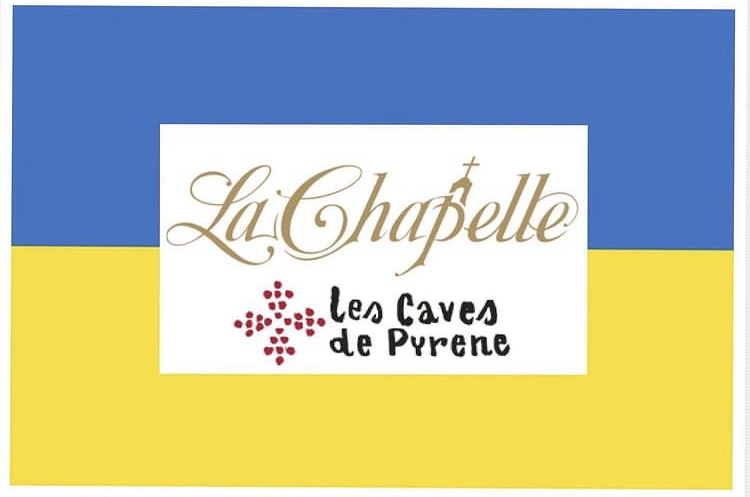 Of course, whatever we do is but a pinprick in terms of alleviating the universal suffering of the Ukrainian people. Positive gestures and actions, however, may help to inspire others and propagate the notion that if we work collectively we can make some sort of difference.

We can either wring our hands and say despondently, “this is the way of the world in the worst of all possible worlds”, or do whatever we can

Almost every month there are humanitarian disasters throughout the world. Some would say, and they would be right, that we tend to focus on problems that are relatable, or closer to home. It’s true – psychologically speaking – we are more likely to contribute to charitable causes when we have a close connection with the people involved.

Not only is the war in Ukraine on our doorstep, figuratively speaking, it has affected people that we know personally and therefore we felt that we could become more directly involved in a scheme that would provide help as well as resettling families fleeing the conflict in their home country. We believed that we could appeal to the good nature of the producers that we work with in various countries, and that they would assist us in this process of finding home for families.

Once we had figured out the logistical side (in concert with our Ukrainian friends), the next step was to try to raise the money that would be required to fund transporting families from their refugee camps to their new homes. To that end, we started a Just Giving page and organised a dinner, a live auction, and a silent auction.

A mix of rare and vintage bottles (acmes of the unicorn’s eye), meals at various top restaurants, unique experiences, overnight hotel stays and many other prizes were donated for the auctions. Virtually every lot sold beyond its reserve price, we are delighted to report.

We believed that we could appeal to the good nature of the producers that we work with in various countries, and that they would assist us in this process of finding home for families.

People were incredibly generous, both those who gave and those who bid for the lots. The act of giving is one that creates communities and generates wider social ripples. Of course, the cause itself was a worthy one, but there is a bigger picture. We have to fight with every resource at our disposal to defend democratic values against extremism and imperial aggression. Every donation thus has a strong symbolic value as well as a material one. We have a moral duty to protect Ukraine and her citizens in the sense that we are all our brothers’ and sisters’ keepers. Hopefully, these citizen will be able to return to their homeland and rebuild the country, or establish happy and rewarding existences in their adoptive countries. In the end, through the various channels, we raised nearly £90,000 for the Ukraine refugee appeal. All that money will be used for the resettlement programme.

In the end, through the various channels, we raised nearly £90,000 for the Ukraine refugee appeal. All that money will be used for the resettlement programme.

Ultimately, the real value of any company is not salting away big turnover or chasing profitability at all costs; it is always the ethical impact that it has and how sustainably it is run. This may involve the way it treats its staff, to the manner in which it enacts its business, to the impact that it has on its local and global communities. Life, including business life, is about the choices you make and what happens as a result of them. A company is also necessarily a political community; one really can’t avoid making political choices all the time. With the Ukraine appeal, we tapped into some serious goodwill and we couldn’t be more thankful for the sheer generosity and big-heartedness of so many of our growers and so many of our customers. And even though the situation in Ukraine is relentlessly grim, it’s good to know that the wine community will rally together to help in whatever way it can.

Having a Wine Cow