I was one of the guests at a brilliantly-organised Zoom presentation arranged by The Pig at Harlyn Bay. The presentation itself centred around ideas of sustainability and organic farming, developing into a basic understanding of biodynamic and natural wines, focusing on the ethos behind these buzzwords. But what do they actually mean – and what is so important about them? One can’t really avoid politics when one is talking about environmental issues. There are, after all, choices to be made, and pressure and persuasion to be applied. It is the moral duty of people in the hospitality business to engage their consumers through education, giving them fresh perspective in order that they can make informed choices.

The presentation kicked off with Debbie Warner, founder of the Wild Wine Club, talking about sustainability, a vogue and a vague word, perhaps, with all its connotations of moral positives and imperatives. To put it simply, it means to perform actions in one’s life that do not negatively impact on both our immediate and wider surroundings, be it from the point of view of production or as a consumer. Perhaps, more importantly, sustainability lies at the heart of how we begin to address the problems caused by accelerating climate change.

As producers, every decision that we take may be viewed in terms of gain/loss in what the planet can sustain. Our ethical responsibility is to act as stewards of the environment and thus be able to pass on the legacy of healthy planet to our children and our children’s children.

Post Second World War farming witnessed a movement towards the industrialisation of agriculture. Nature was driven out with a pitchfork – and then some. To satisfy the demand of growing populations around the world, vast tracts of land were converted into monocultures for the sake of efficient production.

Things have come to a pretty pass. French soil biologist Claude Bourguignon famously declared in 1988 that the soil of Burgundy’s vineyards was ‘dead’. Widespread spraying of pesticides has been blamed for collapsing insect and bird numbers, while intensive use of herbicides and fungicides contaminates groundwater and degrades the soil, making it dependent on fertilisers. 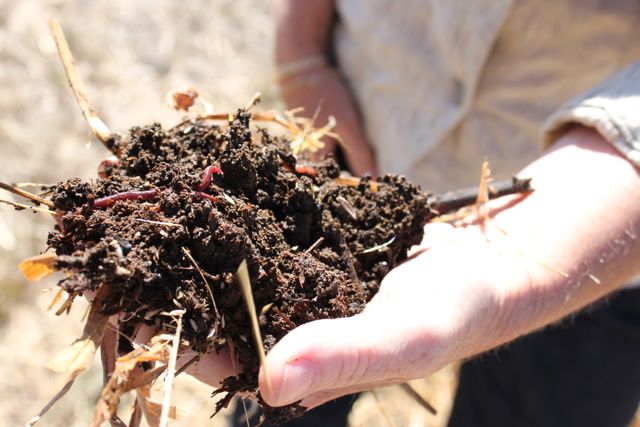 How can farmers play their part in improving sustainability? Firstly, they can dedicate themselves to putting back what they take out. They can also reduce and even eliminate the use of chemicals in the vineyard. Organics and biodynamics show us that increased biodiversity reduces the need for such inputs and that vineyards which are farmed without chemicals are healthier and provide homes for wildlife. To move away from systemic fertilisers, to push back against monocultures and desertification of the land, to allow the vineyard to become more efficient by means of green farming, cover crops and tilling the soil), not to cut down trees nor uproot plants which destroy natural habitats, and to avoid irrigation (except in the very early year until the vines can stand on their feet) as water is a precious commodity shared by all nature.

Producers around the world are increasingly taking a more holistic approach, one that considers the whole environment in which their vineyards exist. The objective is to re-establish natural equilibrium by supporting biodiversity and limiting chemical intervention. Measures include setting aside special areas as natural habitats and creating ‘wildlife corridors’, sowing cover crops to reduce need for herbicides, using organic mulches to limit fungicide use; introducing ‘biocontrol’ plants that attract beneficial predatory insects to eat vine pests; or replacing pesticides with natural pheromone traps that sexually confuse, but do not kill, certain pests such as moths whose larvae attack vines.

Our ethical responsibility is to act as stewards of the environment and thus be able to pass on the legacy of healthy planet to our children and our children’s children.

Sustainability also emphasises the importance of constantly auditing one’s environmental footprint. Reducing energy consumption, examining one’s carbon footprint and looking at the environmental cost of each bottle of wine in terms of the cost and energy requires for recycling is a start. The move to real sustainability may impose extra costs on the producer; it is only right that that those costs be passed onto the customer. The price of wine has for too long been determined by the supermarkets rather than the farmers, an unsustainable state of affairs if we are to expect farmers to be rewarded for working in the right way in their vineyards.

More than a trendy idea, sustainability is sheer common sense and a positive ethos. It involves not killing the goose that lays the golden egg, it also observes the golden rule of business. (There’s gold in them sustainable hills!). None of us live on this planet in isolation; each of our actions has consequences. Sustainable behaviours can only be effected through a combination of consumer education and demand, visionary government that acts not talks, and from the farmers leading the way themselves. And the spirit of collectivism. But something must be done quickly for time is running out.