The Church of Faults in Wine is divided about most things, but united in one. And that is in the reaction to mouse. For natural wine aficionados, its presence is a metaphor for wine-paradise lost. To know that a particular wine has been through the whole nurturing process only to fall at the final taste hurdle. Damn those meeces to pieces.  As the super-taster extraordinaire Wayne Campbell would say: “Denied!” For naysayers and critics of natural wine, it is, no doubt, triumphant proof of the dangers of the low-intervention approach in the winery. Sulphur, sulphur, hallelujah, is the only solution to our little rodent problem. Or is it?

We each have our pet faults. By the way, pet fault is not a description of a still wine that happens to be fizzing.  Although it is known as the spoilage yeast, I am not averse to brett – in some wines. Although it holds no special attraction for me as an aroma/flavour, I was raised on 80s Bordeaux and Rhônes where it was a prominent feature, a garnish to the wines as it were. Chad Stock gave a faults seminar at The Real Wine Fair one year, where he showed how winemakers might use brett in a variety of ways to cultivate certain aromatics and flavours. And the sort of aromas that brett evokes can be quite pleasant – leather, bacon, roasted meats, if that’s your thing.

Smell is a subjective, anyway. One person’s frying bacon is another’s steaming horse manure. Brett is termed a fault, because it is theoretically in the power of the winemaker to inhibit its presence. Then again you can say that wine is a matter of personal taste as well as mere technically – clean chemistry and microbiology. If a smell is agreeable, or a flavour adds something to the whole, who are we say that is a fault? By the same token, I find that over-filtered, sulphured, prodigiously extracted wines are actively unpleasant. Are they wine types or wine faults? That is perhaps a theological discussion for another time.

Whereas I would submit that brett is matter of degree and of tolerance (to a certain extent), mousiness is a different phenomenon. I think it is partly the way it manifests itself. Call it a sting in the mouse tail…

There is something to be said about the naming of things. No doubt, some tasters are on the lookout for specific faults, and, in a sense, they view wines through the prism of faults/lack of faults. I tend to use my personal taste as a guide. I see VA or brett as winemaking consequences and also, for example, as accents improving or highlighting certain tonal aspects in wine that I am particularly receptive to. I don’t have a “fault” bubble that appears in my brain, unless their presence is overwhelming or distorting, in other words where the flaws, if you like, tip over into faults. Once you name something and you put into a mental group (i.e. the group: brett = wine fault), then you have defined a wine’s characteristics in an absolute way. There is a place for brett in some wines, imho, but no place for absolutism. People may be more or less responsive to mousiness in wine (for the reasons below), but it is almost universally thought of as an unpleasant taste, and being unpleasant, must be therefore be faulty.

What I am saying is that we don’t all agree on what is intolerable in wine, but mouse comes close, because we can all identify flavours that we don’t like when it is present.

Mousiness (or mouse) is currently much discussed in the natural wine world. Its presence is random in the sense it can manifest in the barrel/tank, or not, and then will appear in bottle. It is not common to all the wines in the winery. It can be one particular cuvee, one barrel, one bottling. It seems to arise in wines that have no sulphur added, but I have also tasted it in wines that have a small amount of sulphur added. 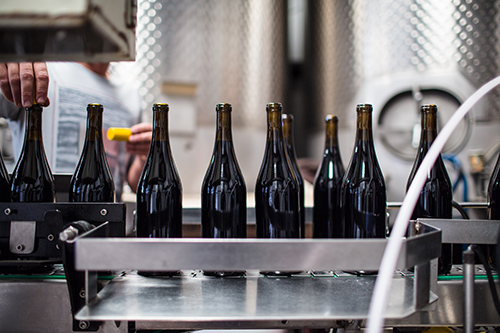 Unlike some wine faults/flaws mousiness can’t be detected on the nose.

Once you take the wine into your mouth, it is another matter, and depending on the wine (and you) the characteristic aromas begin to appear – what people call mouse cage, dead mouse and seven types of mousey unambiguity. There is a range of descriptors as befits the intensity, the palate of the drinker and the lurid associations that its presence generates in the mind’s eye of the taster.

The physiological reaction depends on the reaction between wine and saliva, and how the compounds present in the wine become aromatised in our mouths, and indeed the very nature of our personal saliva (that is not a sentence I ever expected to write):

“The source of this variable sensitivity isn’t clear, but it seems that some of it may be due to the way our mouths are all a bit different. The pH of our mouths varies, as does our rate of salivary flow. So, when a sample of wine is in the mouth, the time it takes to change pH enough for the mousy compounds to be smelled will differ quite a bit. But as well as inter-individual differences in mouth pH, the pH of our own mouths can differ quite a bit – by as much as 0.9 units – depending on the time of day and what we have eaten. This brings a degree of imprecision to the detection of mousiness, but this is, in reality, the same as with all wine faults. It isn’t an exact science.”

So, what are the compounds involved in mouse taint? These are known as N-heterocycle bases, and apparently, they occur in certain strains of lactic acid bacteria that help to carry out the secondary or malolactic fermentation, as well as in the brettanomyces yeast.

One might assume that because virtually every natural wine goes through natural malo, there is a greater possibility for these bacteria to infect these kinds of wines.

There are variable factors in wine and winemaking that will create more favourable conditions (if that’s the right word) for mouse to flourish. Firstly, the composition of the wine itself (which is different every year) in terms of ph levels, and all the constituent chemical compounds. Then there is the interaction between the microbial composition of the wine and its environment, in this case, the cellar. The yeasts and the bacteria are waging a kind of battle; the winemaker who allows this to go unchecked may end up losing a barrel to some wine fault or other.

Camden BRI wine scientist Geoff Taylor summarises the cause as:

“Lack of hygiene and cleanliness, often poor grape quality, poor storage, lack of SO2…. all helping to facilitate the growth of undesirable bacterial colonies, in particular some of the lactic species, which as part of their metabolism produce this taint. With these conditions, leading to oxidation the resultant taints can be complex mixtures of oxidation compounds, mousey taint, acetates and more.”

If they catch it in the barrel, then some producers take action. A dose of sulphur after malolactic and then before bottling is one strategy. It is not clear, however, whether these additions are effective, or whether the mousiness might actually dissipate of its own accord. Otherwise, a mixture of measures might be taken to reduce the incidences of mouse including working to achieve lower PH in the wines, adding sulphur judiciously at different junctures, maintaining cellar hygiene and cool temperatures and ensuring that exposure to oxygen is minimised. 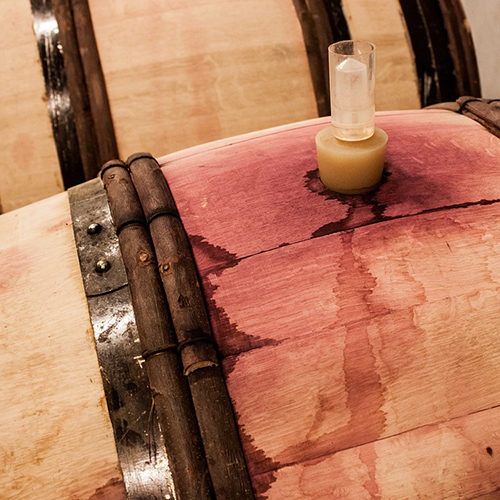 The real mystery for me is all the anecdotal evidence from growers that suggests that a barrel or tank infected with mouse taint can clear up or “calm down”. We’ve heard about this time and again, and it is not wishful thinking. I can find no scientific explanation as to why this might happen or what chemical development is occurring in the wine that would diminish the nature of the problem.

I asked Alice Feiring, coiner of the term “puppy breath” for her take on the mouse phenomenon. (Ed – stop using the word “phenomenon”).

Q:You’ve been drinking natural wines for over 20 years; do you think that mouse has always been around, or is it a more recent phenomenon? (I only really started encountering mouse in the last five years). If that is indeed the case, how do you account for this?

Yes, I called it puppy breath before I knew what it was, it was gentle, sometimes cute and only rarely encountered it.  I remember one of Jean-Marc Brignot’s in 2008? When I realized, oh my god, puppy breath is mouse, and, oh my, was that really over the top. Most people wouldn’t show the wines if they had mouse – either that or they avoided it with lysozyme, which for some reason they thought was better than So2. Today the mouse situation is out of control. And annoying as all hell. Why more now? More wines are released before they are ready and there is an increase of So2 at bottling. (IMHO). And probably climate change.

Mouse is mysterious. Many times, because it’s bottled too soon before the wine is stable, or ‘finished.’  I’ve seen mouse in tank, not sulphured, allowed to rest, and (it) resolves.

Q:Why will it show in one year & not in others, in one barrel or tank & not others?

Because fermentation is different every year, pHs and acidities are different, malolactic happens differently. It is connected to the way malo commences and resolves, and so… every year a different story. And then every tank or vat or barrel or qvevri different too, right?

Q:Have you tasted mouse in wines that are made with a certain amount of sulphur?

Yes. I have. Empirical evidence shows me that sulphuring at bottling does nothing to get rid of mouse, in fact, sometimes I think it just seals it in. I really have no trouble with 1 gram or 2 at the crush and no So2 after. That seems to create a safer, mouse-free environment for wines. But ask a winemaker! I can just tell you my experience over two decades, scads of conversations, but ultimately, I’m just an observer.

I suspect that Alice is right and that the high incidence of mousey wines is partly to do with the increasingly early release of wines. This is partly commercial pressure to get wine into the market and money into the pocket, partly because a succession of strange and difficult vintages has put vignerons in an awkward position, especially with greater demand for natural wines than ever. Giving a small dose of sulphur at crush could well be the solution – or a solution – and lock the microbial gateway against potential rodent ingress. In the meantime, the mouse watch continues.