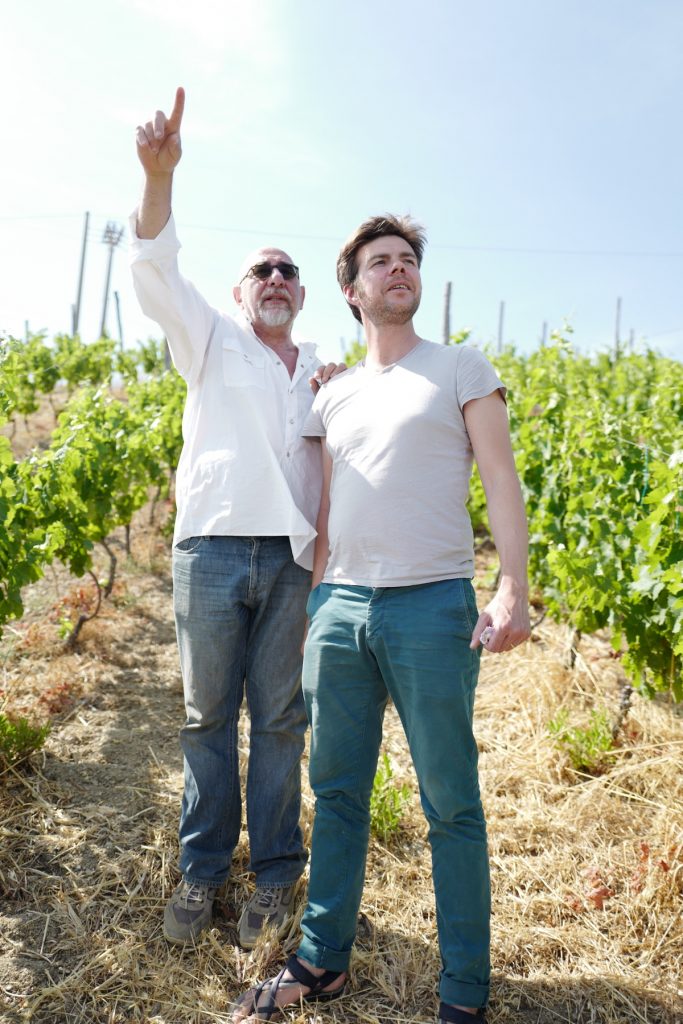 Vigneti Tardis is the result of a collaboration between Jack Lewens (former sommelier, now co-owner of Leroy Restaurant, Shoreditch) and his long-time friend Bruno de Conciliis of Viticoltori de Conciliis. They farm organically and biodynamically, producing wines with a hands-off approach from 3.6 hectares of vines in Cilento, Campania.

Cilento is in Campania’s southerly province of Salerno, while the varieties are the same as the famed appellations of Taurasi and Avellino, the territory is vastly different. Dominated by the Parco Nazionale del Cilento, Vallo di Diano e Alburni, a UNESCO World Heritage Site, there is no big agriculture and the coastline is a protected marine park. The soils are dominated by sedimentary limestone and range in pockets from schist to quartz, clay, granitic sand and slate. All vineyards are farmed organically (some in conversion) using biodynamic treatments. Wines are made with a light touch in inox and or used oak.

While the varieties are the same as the famed appellations of Taurasi and Avellino, the territory is vastly different

The focus is firmly on the region’s indigenous varieties with Aglianico, and its long forgotten, larger-berried and thinner-skinned clone, Aglianicone for reds (see below for a suggestion that the grape is actually a distinct variety); while whites are made with Fiano, Malvasia, Coda di Volpe and other aromatic varieties. In a region normally known for producing big, powerful wines, these are a more delicate, less extracted interpretation, with great drinkability and individuality. There are seven wines in its range called “La Settimana” (“the week”), each named after a day of the week.

In a region normally known for producing big, powerful wines, these are a more delicate, less extracted interpretation, with great drinkability and individuality

Mercoledi is Fiano, fermented in tank and left on its lees until bottling, when it gets a fining with bentonite and 15 mg/ml addition of SO2. Soft zippy Fiano with beeswax, lime oil, pineapple and a saline lift to finish. Versatile. Great mouthfeel.

The pretty-in-pink Lunedi is Primitivo direct-pressed and fermented for three weeks on Fiano skins. It has a very interesting spicy, herbal nose with some reductive notes. The palate is fresh, bright and elegant with some savouriness. So digestible with lovely complexity. Think flowers and pink grapefruit. 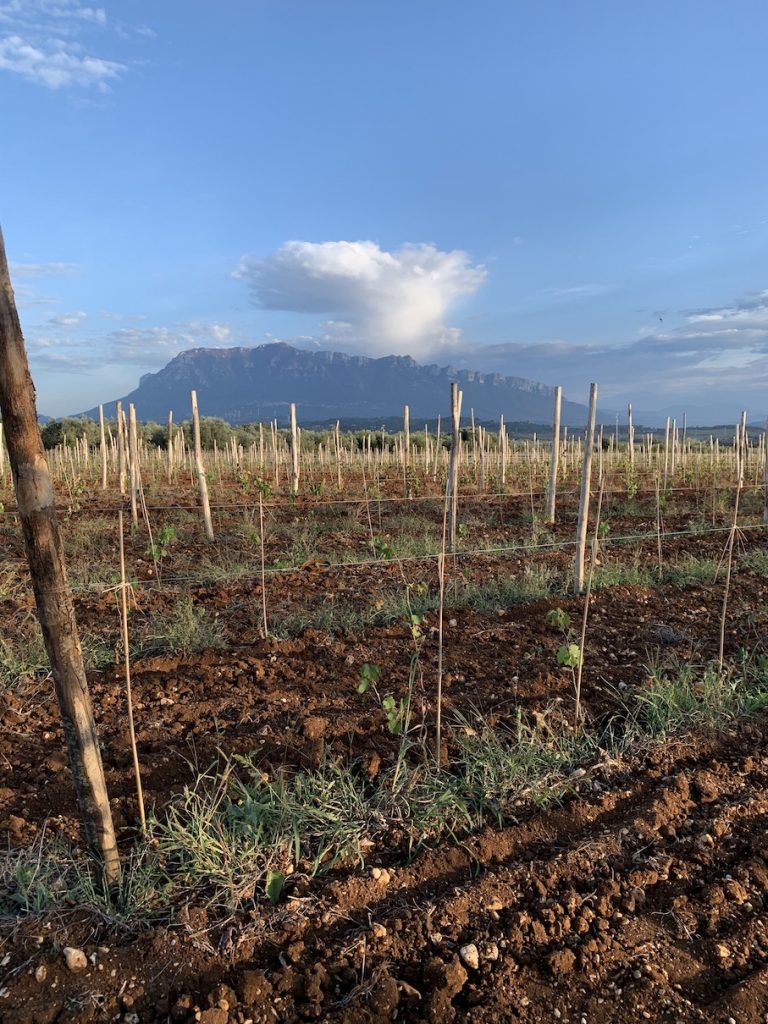 Venerdi is a field blend of Fiano, Malvasia, Trebbiano and Coda di Volpe. The Fiano is fermented and aged in tank, whereas the other grapes mature on the lees in 500-litre barrels. With a touch of maceration (the Fiano spends two weeks on skins) it has a golden colour, aromas of nectarine, orange peel & white pepper. Saline character on the palate with notes of white peach, orange blossom, spice and a hint of grip.

Martedi is an old variety of Aglianico called Aglianicone with bigger berries and thinner skins. Although according to Wiki (according to J. Robinson, J. Harding and J. Vouillamoz Wine Grapes – A complete guide to 1,368 vine varieties) it is not a clone and only genetically related. Whatever! Only four days of maceration on this wine and then aged for nine months in tanks. It’s just free run with no pressings. Rich but very fresh with sweet blackberries, mulberries and black cherries, showing nice structure with a vivid, vital character. In 2019 vintage the vineyard was destroyed by hail, so future vintages will feature Aglianico more prominently. 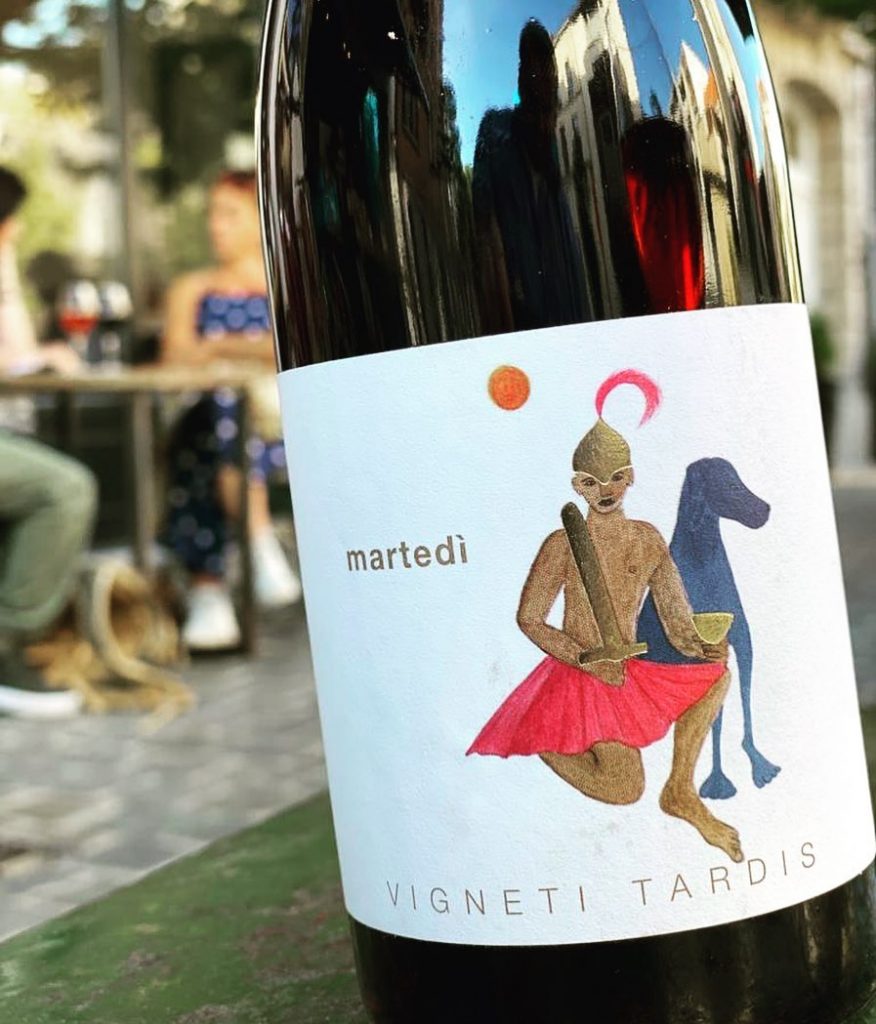 2019 Lunedi (arriving later in the Autumn)

Not the end of the natural wine affair

A tuneful sort of wine judging…

One score and ten years in the wine business