This is the third and final part of a conversation between Les Caves’s Doug Wregg and Dr. Jamie Goode concerning the nature of taste and the overall experience of “perceiving wine.” In this section we discuss the nature and quality of “wine epiphanies” and try to define what they are and how they manifest themselves. 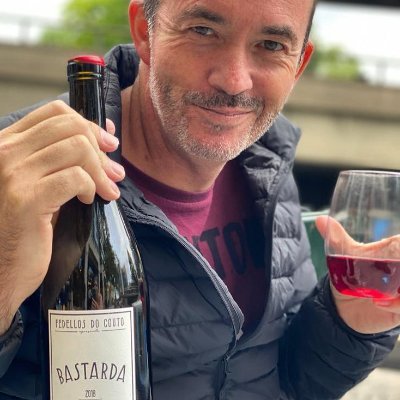 Doug Wregg: An epiphany may be described blinding moment of realisation. A flash of insight. What’s behind this? And does it go further than that? Is it an instantaneous understanding that leads to a massive alteration in one’s viewpoint/appreciation of something?

Jamie Goode: Great question. I think it’s interesting to think about a person’s wine journey and consider the path they take. Is it a gradual progression, with a long series of small changes? Or do we see punctuated equilibria, where there are periods of stability punctuated by periods of intense, rapid change? I think the latter is probably common. It’s as if we are primed for a change, and then it takes a catalyst to cause the enaction of that change.

DW: Are there shades of epiphany? Not every experience can be a transcendent one, after all, but many will be illuminating or simply joyful. Can an epiphany be primal, wordless, or is it aesthetic, a realisation – articulated – that one has tasted something amazing that transforms one’s preconceptions about wine? Can some epiphanies be “slow” – in other words, a realisation that creeps up on you – even days later – or always the clichéd blinding flash, a sudden blindsiding.

JG: I think there are lots of smaller experiences building incrementally, and then more significant catalytic moments where there’s suddenly a shift. We remember these as epiphanies even though they wouldn’t happen without the smaller changes – the incremental build up. We have this fascination with words – we like to turn experiences into verbal descriptions. But I think that words only capture a little of the experience.

Perhaps, also, the epiphany happens without us realising it, for us then retrospectively to acknowledge it and frame it in words. Perhaps we make a lot of epiphanies because, for most people, change is hard and it is rare. So when we do change, and we are able to pinpoint when that change occurred, we see that as a notable occasion. In reality, we could simply be putting a marker down acknowledging that a change happened, and this is where we think it happened.

For some, perhaps there are sudden experiences – the Road to Damascus experience that causes a significant change in course. I suspect these are rare.

DW: Can epiphanies arise from an inner need for something? In other words, will a certain personality type have a greater propensity for epiphanies? Or will they readily come to those who are mindful or spiritual? Or, are they open to all, rooted in the moment/serendipitous, a confluence of happy circumstances?

JG: There certainly has to be an openness to change for an epiphany to occur. Even if this is not acknowledged. Change is rare when it comes to people, but some position themselves so that change can happen. Being mindful or spiritual is a good place to start. If you have a surfboard, then when the wave comes, you stand a chance of catching it. Perhaps there is some inner transformation that seeds the epiphany. Some people are likely primed for such experiences: they are ready for change, and just need to taste the right wines to be won over.

Personally, I have had experiences that I would say were epiphanies. Especially when it comes to natural wines, and my first encounters with them. I can’t remember all of them, but there were several occasions when I tried wines naturally made that just blew me away. Other occasions were more like added data points – slowly accruing and priming me for larger changes of attitude and mind. I also remember earlier experiences with wines that captured me and made me realise that it could be such an interesting thing – I think the combination of flavour experience with intoxication with the transport to a time and place is quite life altering, the first time you really experience it. Yet those same experiences could leave others untouched. So it must be partly the wine, and partly the drinker that creates great moments like this.

I’ve just found a note on my site from one of my wine epiphanies, with the Foillard Côte du Py 2004. This was in the early days of my exploration of natural wine. Read it here.

The Real Alternative Wine Glossary: B