The following article was recently published in the Drinks Business:

A Natural Wines Union has been created in collaboration with the French Ministry for Agriculture and the French National Institute for Origins and Quality. Headed up by Loire Valley vintner Jacques Carroget, the union has established a list of criteria dedicated to the new designation. 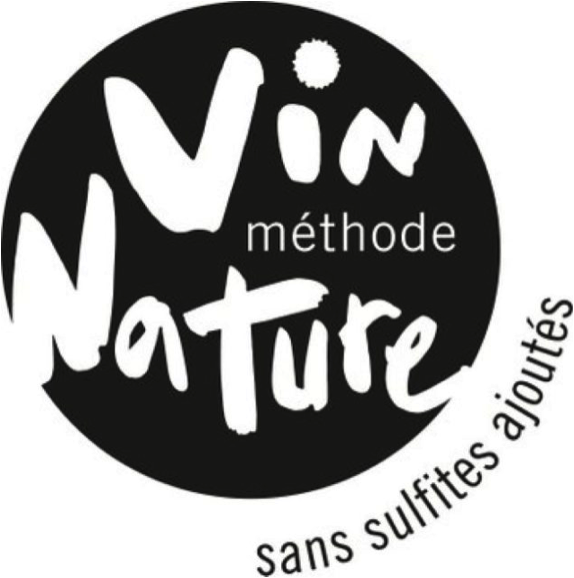 Existing European regulations prohibit the use of the term ‘natural’ wine on labels, so the Natural Wines Union came up with the term ‘vin méthode nature’.

The denomination will be subject to a three-year trial period. In order to use the term ‘vin méthode nature’ on labels, the wine has to be produced from hand-picked grapes from certified organic vines and made with indigenous yeast.

For some, traceability is the all-important thing. If you wish to consider to call your wines natural, then you need to back it up with evidence of practice, (not to mention the requisite SO2 readout). Those that work virtuously want their integrity to be recognised and for this method of work to be known as “good practice” and by sanctioning it officially, a clear precedent is thus established for the term “natural wine.” A different viewpoint would be that charters are no more than numbers and calculations, everything to do with statistical accuracy and measurements and nothing to describe the spirit of an endeavour. A vigneron who works in a natural vein can be disqualified because the numbers don’t add up. But it is not just that. They believe that they are making wine in as natural a way as possible for them but it is more to do with a feeling of being liberated from rules and regulations. Being part of a group may allow for recognition, but it is also a restriction of a kind, a descriptive mould into which all their vineyard and winery practices can be poured, a label for the sake of a label.

For me, natural wine is much wider than organic farming + less than 30 ppm of SO2. It is about this thing called “spirit”.

Although some have been agitating for “natural” to be codified and thus allow growers to put the term on the bottle, I think there is an element of wanting to exclude people who have jumped onto the natural wine bandwagon. There’s a danger here. Firstly, a vigneron can certainly farm organically and make wine without additives, but the final wine can be lousy. There has to be a qualitative aspect in this designation, otherwise the consumer might be justified in associating natural wines with faulty ones. Presuming there are qualitative judgements for inclusion, who would be making them? Immediately, one can see a potential conflict of interest, with tasting cabals and personality clashes, and rules being set to fit the agenda of the people administering such a system.

For me, natural wine is much wider than organic farming + less than 30 ppm of SO2. It is about this thing called “spirit”, and there are charters that come close to recognising that which is over and above the technical side of winemaking (Label Grand Karakterre’s criteria, for example). I am comfortable using the term “natural”, because I have an idea of how a natural wine is made and also what is tastes like. I would also allow that there is a spectrum of naturalness from wines that taste “straight” (for want of a better word), to those that are raw and elemental.

There are more important issues at stake than nailing the natural butterfly to the wheel of definition. Nomenclature becomes an end in itself. One issue is the battle between authorities that assess whether certain wines are entitled to appellation and indeed whether the whole idea of appellation should be scrapped and reinvented. Many natural vigneron’s wines fall foul of rigidly unimaginative bureaucratic authority, because they are different. To us, they are different in a beautiful way (usually), but their individuality marks them out as unrepresentative of the appellation common denominator. The natural wine designation is not, in itself, a clear enough statement of faithfulness to the notion of appellation, and this is a failing.

Moreover, I am not even sure that we have identified what organic or sustainable farming is – and that is the prerequisite of any natural wine. It is such a catch-all term; there are so many bodies certifying this and it can mean different practices with different bodies. One farmer may do the minimum to achieve organic certification, another may take the vineyard totally to heart and create a dynamic living environment for the vines.

The natural wine designation is not, in itself, a clear enough statement of faithfulness to the notion of appellation, and this is a failing.

We really only know what the wine is – in material terms – when we have been to the vineyard and witnessed the practice there and felt the relationship between the place, the vines and the final wines.

Some natural producers are fiercely protective of the notion of natural wine; they don’t want other people marketing their wines as natural when they are not. They should, however, be prepared to have strange bedfellows; if natural wine is organic farming + technique, then bigger brands can go through the motions and hit the brief (to prove a point). And if they try to be too exclusive, then it will seem as if it is just a club of like-minded growers who are trying to establish a niche corner of the market. But we are not here to criticise, and look forward to seeing how the experiment works. Sebastien David, being at the helm, gives this project some credibility. In the end, some will be pleased that natural has been “nailed”, whereas others will continue to insist that natural wine can never truly be compartmentalised.

Why you should be at the Real Wine Fair