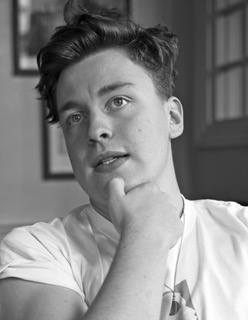 My professional experience with wine starts unconventionally as a 19-year old cowering in the cellar of a Michelin-starred London restaurant. As I pondered just how many times a commis chef could set an entire flat top grill aflame mid-service before being relieved of his position, my eyes drifted over a number of striking, colourfully-labelled bottles that I was hiding behind. After one-too many lunchtime fires, my short yet-eventful culinary career was unceremoniously ended.

I followed those colourful labels into the significantly more lenient arms of Vagabond Wines, where I first discovered the joys of esoteric, crafted wines.

There I was encouraged by a colleague that if I wanted to take my career in wine seriously, I should consider enrolling in Plumpton College’s Wine Business BA (Hons), the only English-speaking degree of its type in Europe. I traipsed down to Sussex’ South Downs equipped with a chequered CV and a disappointing (non-existent) set of A-levels. After much reassurance on my behalf that I was (slightly) less of an academic ne’er-do-well than my story thus far suggested, I was admitted.

Fast-forward three years; I had just passed the WSET Diploma and was debating a topic for my final year dissertation, a daunting 9,000-word piece requiring significant primary research. Inspired by a second-year trip to Georgia, during which the polarised reactions of my fellow students to the country’s amber, honeyed whites and pomegranate-hued, untamed reds raised a fascinating question: How could a wine category that had been so integral to our range at Vagabond and much of the rest of the UK trade evoke such immoderate, extremist reactions from students at the UK’s premier wine institute? My hypothesis was simple: The ‘natural’ wine sector was far more important to the UK trade than its representation in education suggested, and that its increasing popularity will force long-term change in practice and mind-set for trade members.

The quantity of sensationalist, withering appraisals of the entire natural wine category from leading industry journalists such as Jay Rayner and Bruce Palling initially suggested that the category remained controversial. However, the dissertation suggested that the wine trade was broadly reaching a much more nuanced, balanced viewpoint that was far more accepting of lower-intervention styles. Reasons stated for this were varied: Mark Andrew of Noble Rot arguing that supporters of the style Doug Wregg and Isabelle Legeron MW convinced influential trade members of category’s virtues, leading to Jamie Goode, Sager and Wilde and Noble Rot among others ‘coming down on the side of artisanal and natural’ when writing pieces and wine lists. An interview with Rafael Rodriguez confirmed natural wine’s broad presence in the on-trade, as he spoke of his focus on artisanal and natural wine when writing lists during his time at the Corinthia Hotel and Fera at Claridges. Others suggested that the quality of lower-intervention wines had improved dramatically over the last decade, convincing more trade members of their merits.

The question over whether the category required classification was another area that was far less contentious than hypothesized. Most respondents agreed that classifying the category based on processes and or sulphur content was against the free spirit of natural producers who have already broken free from appellations. Jack Lewens of Vigneti Tardis and Ben Walgate of Tillingham both also stressed the inconsistency in the amount of sulphur created during fermentation, meaning that an entirely natural process could be declared ‘unnatural’ in certain vintages if the limit for white wines was for example 30ppm. However, respondents such as Doug Wregg, Charlie Mellor and Steve Nuttall all expressed their organoleptic preference for wines with low sulphur, whilst Jancis Robinson and Mark Andrew spoke of their distaste for wines with additions such as Mega Purple and chapitalization: suggesting that ingredients-labelling would be a positive step.

The natural category is at the heart of a shift in focus towards sustainably-produced wine within the UK trade. Respondents were adamant that this was the area that the natural wine category had been most beneficial, opening the trade’s eyes to the significant environmental impact of conventional winemaking. Almost all interviewees were attempting to curb their personal carbon footprint, with Colin Thorne of Vagabond Wines notably expressing his increasing guilt when importing Australian wine. Consumer pressure for more sustainable wine is predicted to increase as it has in other industries. To accelerate this, many respondents argued that wine journalists have a responsibility to place much greater focus on the environmental credentials of the wines that they cover.

The wine trade was universally critical of the dated WSET syllabus, described by one respondent as “the most boring course ever” due to the dated, prosaic overview and lack of detail of producers themselves. Diploma student Christina Rasmussen was very critical of the absence of increasingly important ‘natural’ regions such as the Savoie and the Jura, whilst the rise in popularity of Pétillant Naturel sparkling wines is similarly yet to be reflected. This lack of education creates further problems with natural wine service, as Jamie Goode identifies in Flawless, where he states that even in the IWC, judges struggle to identify faults accurately. This means that wines showing mouse taint, excessive volatile acidity or brettanomyces are sold to unwitting, unhappy customers with the excuse that ‘its natural’.

My dive into the depths of the UK natural wine scene firstly uncovered the extraordinary generosity of the trade in giving me their time to largely rehash arguments that have been raging for a decade.

Having approached the piece with scepticism over the bottle variation, cleanliness and age-ability of wines with zero added sulphur, my studies exposed me to the extraordinary potential of wines made in this fashion. From the harmonious complexities of Richard Leroy’s Chenins, the savoury idiosyncrasies of Pierre Frick’s aged Sylvaner to the electric purity of Ben Walgate’s Ortega, the notion that objectively beautiful wines require added sulphur is untrue. I now look forward to seeing how the category develops and expands over the course of my (hopefully) long wine career.

Freddie Johnson has just completed his dissertation at Plumpton College called: “Understanding the ‘natural wine’ sector within the UK wine trade: Its rise, impact and future,” for which he was awarded a first.

Doug Decants: The natural Burgundies of Domaine Ballorin and other news!