Someone asked me what the theme of the fair was and I had no idea – we don’t really work to a theme. But then I was sitting on a bus and it occurred to me…And I sat down and wrote this in about an hour: 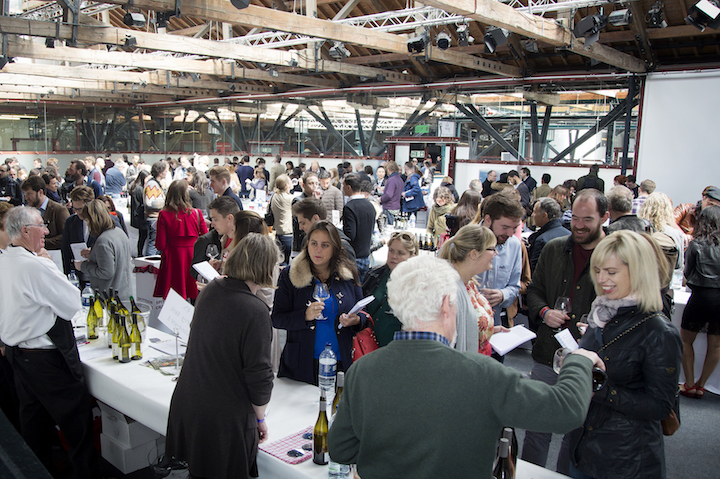 The theme of the Real Wine Fair this year is diversity. When I say theme, rather than being plotted and planned as a Grand Idea with bells, whistles and attendant flunkeys, this theme found us, and is generic to many a far-reaching natural wine fair.

This year a record number of countries are represented – 20 in total. This is not a token achievement, but is symbolic of the renaissance of artisan wine movements throughout the world. There is a cluster from central Europe – Slovenia, Hungary, Croatia, Slovakia and the Czech Republic and a number of interesting and influential Austrian growers will be present. Regions like Burgenland have become a ferment of idea exchange and experimentation through groups like Respekt and Pannobile. Now the wines can be found in the best wine bars in Paris, New York and London, amongst others.

The notion of diversity embraces multi-faceted terroirs, different soil types and, of course, climates and microclimates. Diversity means that the wines are naturally adapted to their locale; to use the parlance – they express their unique terroir and will be different every year, because the conditions are constantly changing, because the vines are getting older. There are almost an infinite number of macro-and-micro events and interactions that will lay the foundations for the singular identity of the final wine.

The growers at the fair are farmers and each will have a curious and unique relationship with their vines. They will respond to the needs of the vineyard – there will be no one-size-fits-all chemical solution. The idea is build health and life into the vineyard, to find the solutions which are least invasive. Mixed farming treats vine-growing not as a monocultural activity, but as something that can be absorbed into the landscape and nature itself. The process involves restoration as well as removing. Many of the growers encourage biodiversity: insects, grasses, flowers, birds add their character to the vineyard. The best vineyards are teeming with microbial life, the very yeasts and organisms that nourish the vine and the wine. Virtually all the growers at the fair favour dry-farming. This allows the roots of the vines to penetrate deep in search of moisture and minerals, to have a dialogue with the earth below.

When one thinks of vineyard diversity, one thinks of massale selection. Stefano Bellotti speaking in the film Natural Resistance to Jonathan Nossiter, whilst walking through his vineyards:

Vines have always been reproduced by plant selection. Called “Massale”. They took from each different plant in a vineyard. So they reproduced not an individual, but a diverse population. In the last decades though, they reproduced “clonally”. Because these vines are very old they’re a massale selection. There’s not a single plant that – it’s all Dolcetto, but not a single bunch is like another. Every plant has its own shape. What happened when they selected clonally? They chose the fattest and most productive clone. And they cloned only that. Look at the difference between these bunches. This from that. You see it’s the same type from the leaf and colour of the shoot. – The same grape? – The same. From the leaves and the colour of the shoot, they’re the same. It’s all Dolcetto. That one there’s also different. The grapes themselves are fatter. This bunch is smaller, less productive. But the grape is fatter. So, this grape will be juicier than the others. The resulting wine, if they were all like this, would be they’d have less colour and tannin. Instead, a little of this one, that one, the other… it creates harmony. It’s a kind of population selection. Like when the Germans decided to remove the Jews, Gypsies, homosexuals and Communists… it was a “clonal” selection.

Diversity is also apparent in the human aspect of farming and winemaking. Every grower comes from a particular background. Some have ancient roots in their regions; others are foreigners and bring their own ideas and perspectives. Some have been to wine school, some are autodidacts; some make wines according to local tradition and culture; others are exploring different possibilities, using the wine as if it were a canvas to paint aromas, flavours and textures. We see so many differences in winemaking methods and approaches – in the house of natural wine there are many mansions indeed.

In terms of winemaking, the Real Wine Fair vignerons favour ambient ferments with native yeasts. This means the character of every fermentation is different and therefore the outcomes will inevitably be different. If different barrels, tanks or cement eggs yield diverse results; so be it. We are looking for particularity rather than homogeneity in the wines; for a variable wine to be the sum (or more than the sum) of all its variable parts. Not filtering, not adding sulphur are choices that keep the wines in flux. The wines are constantly moving, living and breathing. This mutability is an intrinsic feature of diversity. 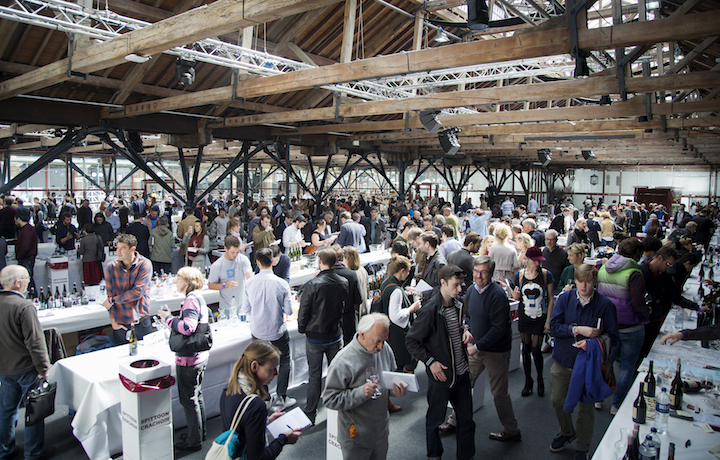 The Real Wine Fair welcomes diverse visitors. We will have people from all over the world to taste wines, to meet growers and renew friendships. They bring a special ingredient to the fair themselves; their energy, and this feeds into the overall atmosphere. We have consumers and trade mingling on the Sunday; we have enthusiastic amateurs and interested professionals and total novices. The interactions between the growers and the visitors is what the makes the fair so special; the exchange of knowledge and opinions, the sense of surprise and discovery. If I can hear the tangible buzz of engagement I know that the fair is successful; that all the very diverse elements have come together to produce something that will live long after the last spittoon has been emptied!

Finally, there is a political point to made about diversity. We live in a topsy-turvy world. Appellations and wine standards bodies have stopped defending authenticity, looking after the needs of the individual, and barely respect tradition in many case, instead of which they create rules for conformity. Governments, meanwhile, only respect the wishes and desires of a minority of the population and justify any action or policy on the basis they have been given carte blanche to impose any decisions (however arbitrary or inimical) without proper consultation. Diversity for us is about being open-minded and open-hearted. The wine industry and the big world of business will continue to militate for uniformity and consistency of product, making all wines into different types of brands. This is what globalisation represents. The Real Wine Fair supports a different view of the world; wherein a community of individuals is inspired to make wines that reflect something of themselves and where they live; where creativity is the genius of nature and the dedication of the farmer/vigneron, and where people may drink and enjoy wines without preconceptions and artificially-imposed standards.

Purchase your tickets to the Real Wine Fair 2017 (7-8th May) in advance and save £5 HERE. In you are a member of the trade, be sure to register HERE.

The Long Read: I Taste Red