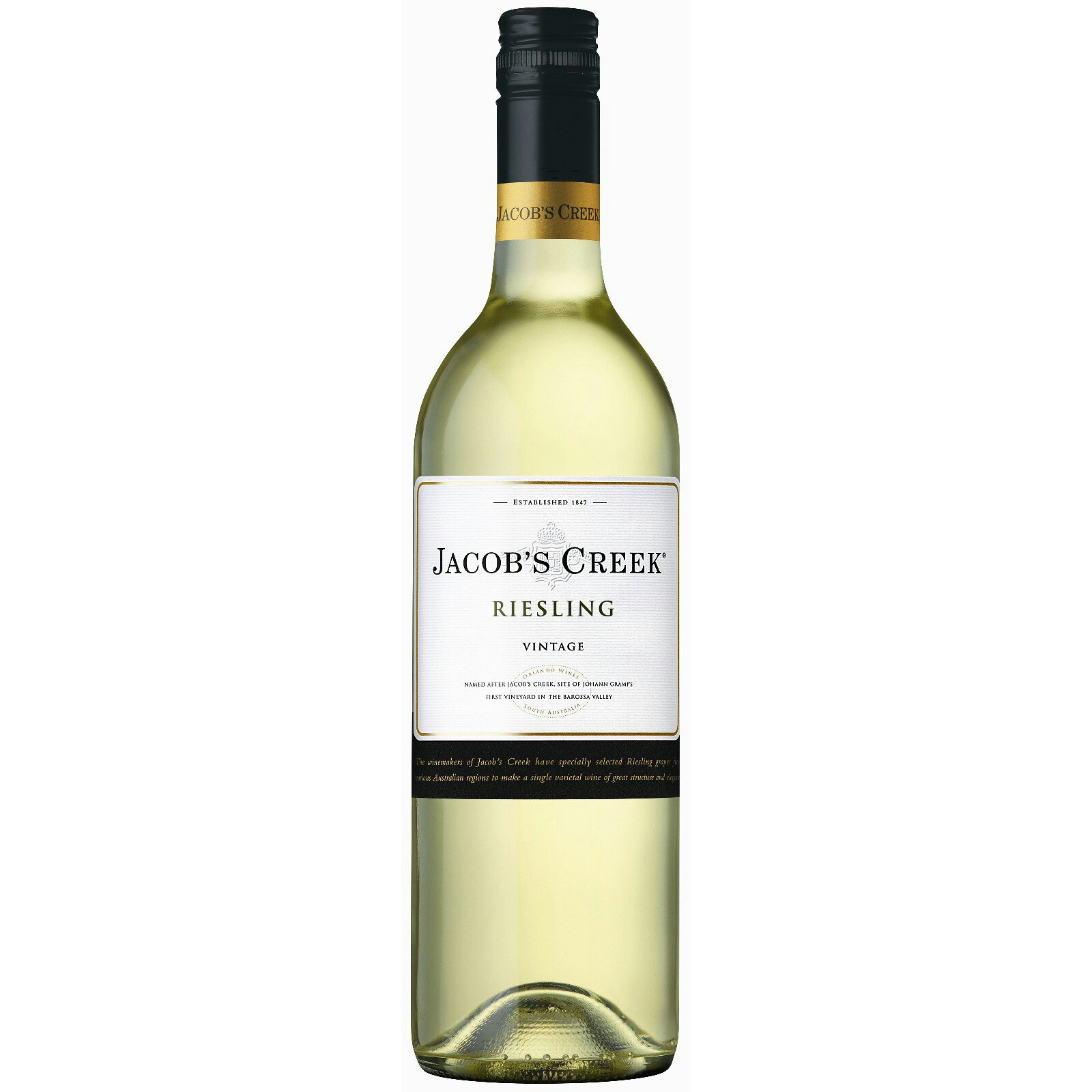 Father Ted (hunched over picnic basket to conceal what he is doing): Okay, Father, I’m just getting ready for the picnic.
(Accidentally clinks two bottles of wine together as he puts them in the basket).
Father Jack: Drink!
Father Ted: Oh no, Father, it’s just sparkling water.
Father Jack (with a triumphant leer): Jacob’s Creek Chardonnay 1991!
Father Ted: You can tell that just from the sound of the bottles?!
Father Jack: Drink! Drink!!

Richard Littlejohn couldn’t make it up (like he normally does). Someone is flogging fake Jacob’s Creek Chardonnay and it’s not the Californian buyers of the late-lamented La Bicyclette who are the unwitting victims of the fraud in this case. Probably, because it is difficult to confuse Chardonnay with Pinot Noir. Apparently, discerning buyers have discerned that what’s in the bottle doesn’t match the label. Some mischievous wags have suggested that the wine was offensively better than JC, others pointed to the fact that Australia was missing one of its many “A”s on the back label. The main question for me is why? I understand forging champagne, generic Burgundy and Bordeaux, but a relatively inexpensive brand. Has the world gone mad?

Jacquère – a typical Savoie variety. Referred to “la” Jacquère by the Savoyards and “le” Jacquère in ampelography (huh?), this plant has also a number of very picturesque local names, such as cugnette, martin-cot, coufechien or rodin (aka the drinker). Responsible for the wines of Apremont, Abymes and Chignin it is productive with late maturity and flourishes on limestone soils. All true and nothing remotely amusing to say.

Jacques The Fatalist – “I have forgotten to tell you, Reader, that Jacques never went anywhere without a gourd filled with the best wine, which used to hang from the pommel of his saddle. Every time his master interrupted him with a question that was a little long he would unfasten his gourd, throw back his head, raise the gourd above it and pour a stream of its contents into his mouth, only putting it back when his master had stopped speaking. I have also forgotten to tell you that in moments which required reflection his first impulse was to ask his gourd. Were it a matter of resolving a moral question, discussing an event, choosing one road rather than another, beginning, continuing or abandoning a transaction, weighing up the advantages or disadvantages of a political matter, a commercial or financial speculation, the wisdom or folly of a law… his first word was, ‘Let us consult the gourd’, and his last word, ‘That is the opinion of the gourd and my own’.”  -Jacques The Fatalist, Diderot (presumably the origin of the expression “Gourd help me”?

Jammy – The impression given by wines from a hot vintage or a hot climate that results in a wine which is sweet, super-ripe, low in acidity and alcoholic. Also an effect achieved by melting oak girders into a barrel. Certain wines from Spain may justifiably be described as tasting like “Oak jam.” Jam does taste jammier when the oak is toastier.

Jancis – Her Jancisness, as she is fondly known, has authored and edited compendious wine reference books that have nourished the wine trade o’er the last decade or two and made all our bookshelves groan with encyclopedic appreciation.

Japan (black) – an apt description of the opacity of a modern Ribera del Duero red. “Bible-black” or “as black as a stack of black cats” would also suffice in this case.

Jargonaut – One who attends wine blogger conferences throughout the world and is conversant in the universal language of jargon.

Jargoyle – An article or piece of writing that is so ugly that the effort of deciphering its meaning(lessness) literally petrifies the reader. Said articles usually contain buzz-words-and-phrases such as gatekeeper, path to market, SKUs, revenue channels, inventory management, UPCs, EANs…Zzzs

Jaune – The French for yellow, as in vin jaune. This yellow vin parks itself confidently in the Jura (see below). A youthful vin jaune is called jejaune (sic).

Jeremiad – Doom-mongers and naysayers drawing attention to the phenomenon of natural wine by having a pop at it. Part Eeyore, part Cassandra, all Private Fraser, with weeping, wailing, gnashing of teeth, reeling, writing and fainting in coils at the iniquity of it all. They doth protest far too much.

Jerk – The over-agitation of wine whilst tasting, sometimes known as “Taster’s Twitch.” 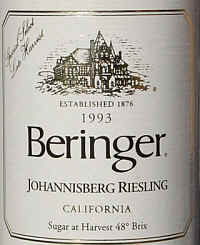 Johannisberg Riesling – abbreviated to JR for its aromatic similarity to the best Texas crude.

“Wine makes a man better pleased with himself; I do not say that it makes him more pleasing to others.”

“This is one of the disadvantages of wine, it makes a man mistake words for thoughts.”

“Claret is the liquor for boys; port for men; but he who aspires to be a hero must drink brandy.”

Jongleurs – New wave of thrusting young Aussie growers, the beat poets of their generation, forever having fun and pushing the boundaries of winemaking.

Jory – red volcanic soils in the Dundee Hills area of Oregon propitious for Pinot Noir. Did you hear about the guy who drank Oregon red wine with fish & seaweed wrap? Yes, it was a Jory Dory Nori Story.

Josko (Gravner) – he who had a Damascene (or should that read Tbilisian) conversion and now makes great wines in amphorae, which he should, in all honesty, call qvevri.

Journalism – Journalists form such a cosy confederacy that when one of their race ruffles the stagnant pond and says the things – pace Gulliver’s Travels – which are not, we should enjoy the consequent bespoke hysteria while it lasts. There is a fine tradition of wine writing in the UK and the most articulate exponents have tended to be amateurs who can transcend the editorial imperative and find their own distinctive voice. Recently, much journalism has become associated with advertorial, endorsing institutional interests and ventriloquizing the view of the status quo, whereas blogging offers more opinionated insights into the world of wine. However, there are always exceptions – the journalists who can write well, without fear or favour, and the bloggers who are occasionally compromised by undeclared interests such as consultancies, hospitality received…

Joven – Young fruity numbers meant to be drunk in their infancy as opposed to the crianza, reserva and gran reserva (all genuflect) wines which are only released when they have undergone the appropriate oak lacquering.

Jug Wine – A wine for the table, literally served in a jug, and hopefully not dignified by anything so snooty as a wine glass.

Jugular – A Transylvanian blood wine. When stopped for a breathalyser you can claim that there is no wine in your blood, only blood in your wine.

Juhfark! – Exclamation when you draw blood whilst pruning in the vineyard

Juice (Good) – Used interchangeably with grog down under signifying a highly potable wine that is good “to smash”. (qv)

Jurançon – When I was a young girl, I was introduced to a passionate Prince, domineering and two-timing like all the great seducers: Jurançon. –Colette

Jura-prudence – The innate wisdom of populating your cellar with wonderful bottles of Château Chalon.

Jurassic larks – The most fun you can have with a veil. This is still truly the land that wine fashion forgot (thank goodness), where weird grape denizens roam the vineyards and the wine you forgot about for several years you will never forget once you have tried it. We love these expectation-flippers – usually light, acidic (in the best sense), austere, fresh, brilliant with food. You will see more Trousseaus than in the mother of all bridal shops, lock intellectual horns with the savviest of Savagnin and feel your pulses pulse with Poulsard. Then, to confuse matters, I will tell you about the other twenty or so forgotten grape varieties that linger on in one or two special field blend wines from this region. There will be a test afterwards to see if you were awake.

Jury, Wine – A popular set-up for judging wine riddled with structural flaws. Most juries could do with fewer judges and more executioners.

Juvenescent – Rather than saying the wine is too young to drink or is in a youthful stage simply state that it is “juvenescent”. If you are not wearing a cravat and sporting pince-nez, however, the grandiose effect of such a pronouncement will indubitably be mitigated.

Chatting with: Heidi Nam Knudsen of the Ottolenghi Group

Wine Labelling: The Argument in a Nutshell – Part Two