The Nature of Wine Tasting 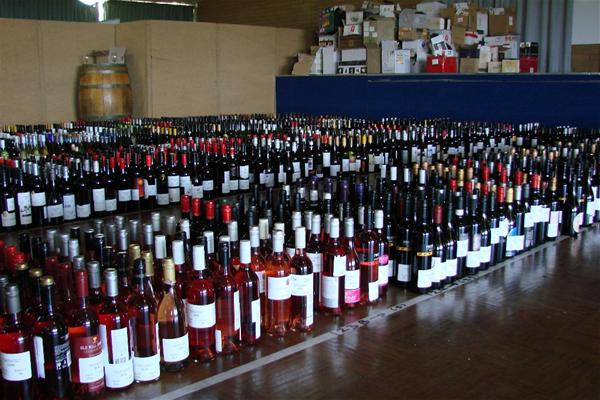 Many dozens of books have fully explored the mechanics of taste, its fixities and definites, and there are numerous systems to codify or judge these. Sometimes I wonder if this is not a case of “we murder to dissect”. I would like to propose an alternative romantic notion that wine is a liquid vessel of experience waiting to be tapped by the poet within us, by alluding to the primary imagination, that which Coleridge refers to in his Biographia Literaria as “the living power and prime agent of all human perception – a repetition in the finite mind of the eternal act of creation in the infinite I AM”. This may be linked to our primary unmediated experiential perception of wine, an imaginative commitment which is creative in that it is inspirational, receptive, and spontaneous. The secondary imagination according to Coleridge “dissolves, diffuses, dissipates, in order to recreate” and so we use it to make sense of our primary experiences and shape them into words, culminating in the act of creation or, in our extended metaphor, the moment when wine becomes word. Tasting (wine) can be a sensory conduit through which we explore our memories and emotions and, like the contemplation of art, has the capacity to transform us positively.

The current orthodoxies in wine tasting seem to date back to Locke’s model of the mind as tabula rasa – totally passive in itself, and acted upon only by the external stimuli of the senses. Reducing wine to its material components is like reducing a rainbow to its discrete prismatic colours – a pure function of the mechanism of the eye. But there is a relationship between man and nature to be teased out: a camera-obscura can reproduce the rainbow insofar that it imitates the action of the eye, and, similarly, one can measure the physical contents (acidity, alcohol, tannin, sugar) of wine with laboratory instruments. As what the camera does not do is to perceive, which the romantics would define as a sentient act, and therefore an emotional experience, neither do the instruments in the laboratory taste the wine.

So far so obvious. The romantics would further say that the mind was an esemplastic, active, shaping organism with the capacity for growth. If we look at tasting merely as the science of accounting or describing phenomena, we diminish our own role in the process. Without the taster there would be no taste.

Some wines yield so much that they demand the deepest absorption from the taster. When the cultured snob emits an uncultured wow, when the straitjacketed scientist smiles, when scoring points becomes pointless, when quite athwart goes all decorum, when one desires to nurture every drop and explore every nuance of a great wine, surrendering oneself emotionally to the moment whilst at the same time actively transforming the kaleidoscopic sensory impressions into an evocative language that will later trigger warm memories, it is that the wine lavishes and ravishes the senses to an uncritical froth. Greatness in wine, like genius, is fugitive, unquantifiable, yet demands utter engagement. How often does wine elicit this reaction? Perhaps the question instead should be: How often are we in the mood to truly appreciate wine? Rarely, must be the answer, for if our senses are dulled or our mood is indifferent, we are unreceptive, and then all that remains is the ability to dissect.

To experience a wine fully you need to savour with your spirit as well as your palate, put aside preconceptions and “taste in the round”. And context is everything after all. A rasping, rustic red from South West France should not be dismissed for having rough edges, but considered as the perfect foil to a traditional cassoulet. Food should always be factored into one’s overall perception. Magic is also what you make of it. Victoria Moore describes how a glass of Lambrusco (bloody good Lambrusco it has to be said) whisks her on an imaginative journey: “And if I only had a villa in Umbria with a terrace surveying a tangle of olive groves and cypress-ridged hills, it (the Lambrusco) would exactly fill that gap when the afternoon had faded but the evening has not properly begun. Perhaps that’s why I like this Lambrusco so much – it makes me think of all these things.” The magic is lost when you are (over)conditioned to judge. Once I held a tasting for group of sommeliers at a well-known London restaurant, exhibiting a dozen white wines comprising various grape varieties and styles. The first thing I noticed is that the sommeliers all seemed to be suffering from compulsive taster’s twitch. This is the vinous equivalent of the yips, a nervously fanatical rotation of the stem of the glass designed to imbue the taster with an air of gravitas. No wine merits being so relentlessly agitated for two to three minutes, while over-studious sniffing obfuscates our receptiveness. By all means nose the wine for primary aromas and swirl a bit to discover if there are lurking secondary aromas, but don’t, to blend my metaphors, create a tsunami in the glass and expect to discover the Holy Grail amongst the sediment.

The Walrus and the Carpenter deconstruct a Chardonnay

Ah yes, the furrowing of the brows denoting concentration, the sepulchral hush, the lips curled in practised contumely, the business of being serious about wine – the calculated response based on a blend of native prejudice and scientific scepticism. But all wines are different and there is a story behind each one. Good humour, good company, good food and open-mindedness open the windows for imaginative appreciation. Leaving aside that dross is dross for a’ that, the mind-set of the average critic is often to anatomize for the sake of it. Too oaky, commented one sommelier about one particular Chardonnay that we were tasting. Too acidic, re-joined another. Too shoes and ships and sealing wax, said one. Too cabbages and kings, said another. Criticism like this becomes an end in itself, a stylized response uncoupling pleasure from the experience, as if registering subjective pleasure should be invalid. Thus analysis becomes banalysis – and then paralysis.

In conventional, reductive wine criticism you will not find any words like magic, joy, passion, spontaneity or creativity – the language of transcendence, where structures dissolve and new meaning is found through emotion and reaction. The more I taste wine, the more I believe that each response is one of many truths and that if I purely use a narrow critical approach then I exclude my imagination and intuition. If we can bring an open mind to tasting wine – as Coleridge wrote, “There is in genius an unconscious activity” – we may allow the wine itself to breathe and fulfil its living destiny and discover the transformative nature of tasting.

Love and Wine in the Time of Coronavirus: Part Four