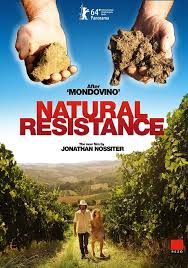 Jonathan Nossiter’s film Natural Resistance presents the struggle of the artisan vigneron for the life and soul of the land, their land, against a bureaucratic machine (for want of a better word). The central governance where decisions are taken in secret for the so-called “general economic good” is reminiscent of Huxley’s definition of necessarianism as a kind of gross unthinking materialism. Indeed modern agricultural methods with its battery of chemicals and interventions might surely be described as metaphor for the machine – an impersonal crushing entity, compacting the soil into neat dead impermeable asphyxiated blocks.

The depopulation and consequent industrialisation of the countryside has its roots in utilitarian philosophies such as Frederick Winslow Taylor’s Efficiency Movement. In his treatise The Principles of Scientific Management, which inspired the 1921 dystopian novel We by Yevgeny Zamyatin, Taylor writes: “In the past the man has been first; in the future the system must be first.”

His prescription for success is simple: “It is only through enforced standardization of methods, enforced adoption of the best implements and working conditions, and enforced cooperation that this faster work can be assured. And the duty of enforcing the adoption of standards and enforcing this cooperation rests with management alone.”

And thus we have government-sanctioned short-term approaches to farming based on efficiency, of squeezing the land until the pips squeak and until it can yield no more.

Where is the resistance being channelled? If you are young like Corrado and Valeria you can be optimistic, and retain the spark of revolutionary idealism. If you are older and weary of the perpetual struggle and banging your head against the brick wall of dumb bureaucracy, the drip-drip effect may erode the will to resist.

There is hope. Natural wine, as I’ve written elsewhere, is not a movement with applied rules, but it has become a force of perceived opposition. The natural vineyard, if you like, is an amorphous collection of vignerons, winemakers, merchants, retailers, and drinkers, who are not prepared to be told what to make, what to think or what to drink. For them the DOCs and appellations rather than being the solution have become part of the problem. Stefano Bellotti again:

Because the DOCs are a common patrimony that we share in each region.

The polluters told us: “if we don’t pollute, we can’t produce.”

They sold that as modernity. As inevitable. Today it’s clear, our approach is a condemnation. They see it as a condemnation. So they want to save face and try to prove that their techno-scientific method is superior to ours. In fact they have all the weapons, legislative, legal etc. and all the power, – so that if we don’t unite – they have all the weapons to get rid of us, one after the other.

If my farm starts to lose, 50.000 – 100.000 euros a year in fines, along with other problems, like simply the time that’s wasted, then my farm will go under. Every car that pulls up in our courtyard, we’re terrified that it’s going to mean another fine. Between NAS, ASL and The Anti-Fraud Bureau, that could reach 150.000 euros this year. With a budget of 550.000, that will inflict its damage.

Small farmers are free by definition. So that means trouble. There’s nobody in a society freer than a true farmer. And so by definition, they’re extremely dangerous.

Indeed, in France and Italy the official structures (appellations, interprofessional bodies, bureaucratic involvement) have been seen to militate against perceived innovation while proscription is used as a tool to throttle the freedom of the grower. This politicised some growers who were compelled to secede from appellation so they could make their wines without bureaucratic interference. As Henry David Thoreau pertinently wrote: “All men recognize the right of revolution: that is, the right to refuse allegiance to, or to resist, the government when its tyranny or its inefficiency are great and unendurable”. I think if we draw the argument out and make natural wine about more than to sulphur or not to sulphur (that is – and was – never really the question) we can see that it has transformed into the grower versus the interprofessional organisation, the rights of the individual under the deadening thumb of bureaucracy, the freedom to be creative and expressive in a world of rules and more rules, and, always, what constitutes taste. 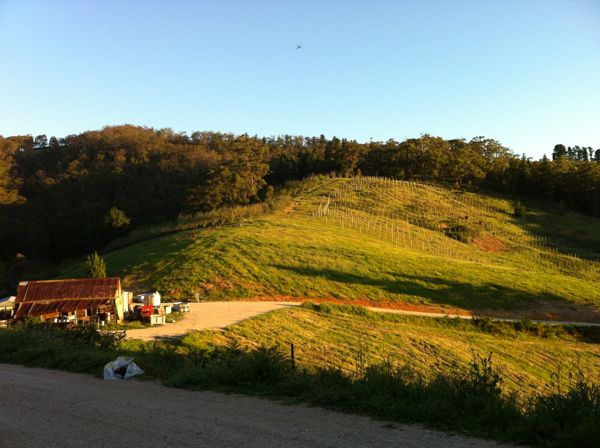 I find the natural wine scene intellectually liberating and the growers and winemakers involved are usually very intelligent, inquisitive and passionate in the best sense.  They come from all walks of life – the peasant class, the enlightened bourgeoisie, the keen amateur, the professional who has had a Damascene conversion.  They may have had their family roots in the land for several centuries or departed from the city in search of a better life.  They may be driven by ethical imperative or love the lifestyle. As John Wurdeman of Pheasant’s Tears winery says: “It is a way of life, you do it because you cannot do it any other way. Natural wine is celebrating life, the wine is on fire with life.” What does all this achieve ultimately? Is this campaign of political and critical abuse going to inhibit the winemakers from making wines in the way they want to or prevent people drinking those wines? Such a concept of control is anachronistic, illustrating the failure of a system that cannot cope with alternative philosophies. What it can’t control it tries to legislate against (the victimisation of Stefano Bellotti and prosecution of Enoteca Bulzoni in Rome). I would like to see people not accepting the tyranny of bureaucratic interference and taking back ownership of their lives. Perpetual change will keep the world of wine turning, real change, that is, not the continuous repackaging of the same old hype.

And liberty plucks justice by the nose;
The baby beats the nurse, and quite athwart
Goes all decorum

There is an appetite for change identified by Jonathan Nossiter:

“What these vignaioli have accomplished in the space of a decade is truly remarkable. While other artistic and artisanal activities -auteur cinema, literature, activist journalism, architecture inter alia, are in a precipitous decline in terms of both influence and invention, in the world of wine this disparate group of rebels has created a legitimate renaissance. They’ve awakened a growing understanding of wine as a vector of historical memory, as a progressive expression of cultural identity, as an agent of good health and joy at the table and as a beacon in the fight to re-instil (biological) life into the land. And, most improbably, they’re carving out a rapidly expanding niche in the sacred marketplace, both in Italy and abroad, with importers from Brazil to Japan now seeking out exclusively natural wines.”

As he goes on to say this is not a monolithic ideological engagement but a constantly evolving, often internally dissenting reaction to a world in danger. “To dare: that is the whole secret of revolutions” wrote Antoine Saint-Just. Natural wine rose without trace. Now its green shoots have flowered, it apparently presents a clear and present danger to… whom or what? The general population? The mythical consumer on the Clapham Omnibus? Or the establishment? 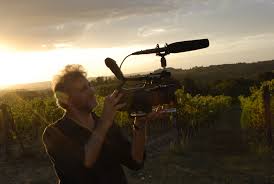 Nossiter’s delightful movie puts the growers both at the forefront, but also within their landscape. This disparate bunch of men and women come across as eloquent, warm, humorous and deeply caring. They lived a charmed and joyous existence. Their wines are the product of who they are, where they come from and what they believe in.