The debasement of appellation 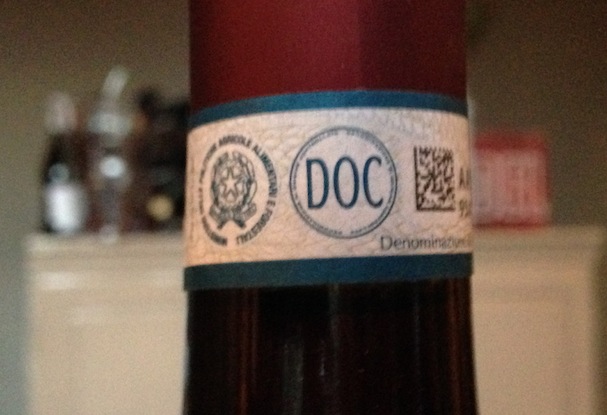 DO governance creates sweeping one-size-fits-all policies that ride roughshod over individuals, take no account of tradition, the needs of the land and the rhythms and vagaries of nature. Such policies are founded on a perverse (and brutish) agricultural Darwinism, rather than human (or humane) reason. They place an exalted value on greater efficiency and productivity which destroys the very unique identity of the regions they purport to defend. To make the land more productive, more chemicals are pumped into the ground, destroying the vitality of the soil that which gives energy and distinctiveness to the wines. Their misguided interventions thwart livelihoods and trample on culture. Wine becomes fodder, a liquid to put in a bottle as long as the bottle has the “right label.” And that label and those rules are decided on by bureaucrats who have no connection with the land.

Appellation, a system set in place to defend and uphold the primacy of terroir, that guarantees that wine comes from “somewhere”, has been debased. Appellation in certain places by prioritising a sanitised consistency and recognisability, now is in danger of nailing the butterfly to the wheel.

We who make wine are supposedly better off, but… certify wines that are ridiculous and our wines get refused or quarantined because they don’t conform to the norms. What norms? What authenticity?

That’s a shame because the DOC should be our guarantee. On paper, it’s fantastic. Because it links your farm to a region. For wine, that’s critical. “Terroir” means a wine is from “somewhere”. In reality, it doesn’t guarantee a thing. The opposite. The reality is; who wants to sell to supermarkets, to have the wine lined up on shelves so it can be chosen without any explanation, it’s they who need the DOC. So it becomes more and more the domain of industrialists. And belongs less and less to the artisans.

Stifling bureaucracy is not a peculiarly Italian phenomenon as Dominique Hauvette expounds in an interview with Jules Dressner:

“Typicity” is a recent concept created by the INAO because they need arguments to defend the appellation system. In my region, wine dates back to 1840: it’s not Bordeaux or Burgundy, two regions with a millennium of winemaking to fall back on. In Provence, vineyards were initially planted for personal consumption. In such, people started making wine here by planting varietals from other regions. It was a question of planting what they wanted to drink.

Nowadays everything needs to have a context and be classified. I think this is foolish because in doing so you’re closing the door on all possible evolution for the future. Wine is where it is today because people took risks, tried new things and things evolved from what we had then to what we have now. In my eyes, the AOC system is the death of progress and evolution in French winemaking.

Dominique is then asked what she thinks about the recent “natural wine” movement that many people would include her as a part of:

It’s complicated because the term has been galvanized and a lot of people will tell you a lot of different things about natural wine. For me, natural wine is a wine that reflects a terroir, a variety, a vintage and the individual who made the wine. I would also add that a natural wine would be a wine where no mechanical or chemical intervention was made to alter, modify or nullify the four factors I just listed.

Today I feel there are two distinct types of wines, the first being industrial wines. These wines are standardized as to not shock or disappoint the consumer. Every bottle tastes the same, you know exactly what you’re getting, you’re not taking any risks, and in turn you get a wine with zero personality.

Then there are “natural” wines: maybe a better name could have been conjured, but it’s always hard to find an adequate designation for something with such subtlety and nuance. These are wines backed by the personality and the emotion of the person who made them, and when you work with this philosophy, you hope that you will give your consumer a distinct emotion or feeling they couldn’t have gotten anywhere else but in that glass of your wine.

To be continued in Part 3…

Letter to and from America: Part Five – Natural Wine in…Vermont?!