How Natural is Unnatural

Although my blog is not solely devoted to the scourge of natural wine it is well known that I am eternally vigilant, and that any juxtaposition of the words natural and wine in the blogosphere triggers a google alert that in turn activates alarms throughout my social media world to which I respond like a charitable emergency service.

Even if I desired to espouse a live-and-let-live philosophy it behoves me as an arbiter of good taste possessed with iron-clad moral authority to devote my waking energies towards undermining the pernicious nonsense propagated in blogs and magazine articles by the Talibanistas of the natural wine movement. Natural wine, as we know, is a contradiction in terms, but it is fast becoming established as a quasi-religion or caliphate crossing the cerebral borders and invading the collective wine consciousness. I, and a few staunch traditionalists, have made it our mission to unveil the sinister motivations of this sectarian group. The proselytising of the naturalistas has various subaltern dark purposes: primarily, to pass off faulty wine for commercial gain; secondly to gambol around on the sanctimonious moral high ground parading their innate smug sense of superiority, and thirdly, to undermine the democratic activities of the wine industry which works unfailingly and unflinchingly to protect the interests of the small artisan growers by means of its highly inclusive bureaucratic structures.

And what is the colour of this religion? Orange, by all accounts. It is singularly obvious to me that because the wines are so opaque, no-one can see that they are transparently false! In the psychology of colour orange is well-known to be a stimulant associated with youthful impulsiveness. Thus we may understand that the real reason why these wines are being made in this vulgar hue is to entrance and intoxicate young impressionable minds.

Orange wine is a further example of a kind of incontinent trendyism in wine, wherein people are easily seduced by the meaningless trifles. Yet it is an experiment gone woefully awry. These wines not only look like cider – they taste like cider. Orange wines are also oxidised which accounts for their peculiar off-colour. You may have read that since the wines seemingly improve over several days once the bottle is opened, therefore they cannot be oxidised; I have also heard that since they deteriorate like normal wines so they could not have been oxidised in the first place. As Dr Johnson’s disproved Bishop Berkeley’s sophistry of Immaterialism by striking a stone with his foot until it rebounded, I refute it by the exigency of pouring the offending liquids down the sink. The difference between oxidative and oxidised is a mere five letters – in other words, no difference at all.

Speaking of oxidised wines it is a fact universally acknowledged by scientists and custodians of excellent taste that the vast majority natural wines are oxidised. And bretty. With massive VA. And in-built aldehyde character. You don’t have to be a scientific fundamentalist to appreciate that they parade such a multitude of faults since it is a de facto impossibility to make wine without the appropriate considerable addition of sulphur dioxide. Winemakers who work without SO2 are not only deluded, they are cheating the customers, wilfully passing off vinegar as wine. If you ever taste a natural wine that is apparently clean and drinkable (which you won’t) it is because the multitude of faults have effectively cancelled each other out giving the drinker the will o’ the wisp illusion of pleasantness. Do not be deceived.

Some will tell you that certain natural wines are stable. The only stable as far as natural wines are concerned is the Augean stable. Don’t be taken in by the argument speciously propounded by the apologists for these wines that flaws are relative, and a matter of personal interpretation and preference. This is flapdoodle and fiddlesticks. Wines cannot be a little bit flawed any more than a woman can be a little bit pregnant.

So, what about the legendary wines of the 40s, the Cheval Blancs, the Ausones, and 82s? It’s glaringly obvious that these wines cannot be faulty precisely because they are legendary – and from Bordeaux – and their price they fetch alone invalidates any suggestion that the faults are part of the wine. It is no coincidence by the way that no natural wine is expensive (although they are all overpriced for vinegar). And if, for example, Cheval Blanc 47 disports VA and brettanomyces it is an aristocratic Bordelaise version of those faults, as noble as when a king cavorts with a servant girl in the royal bed chamber. We cannot judge these wines by common standards. 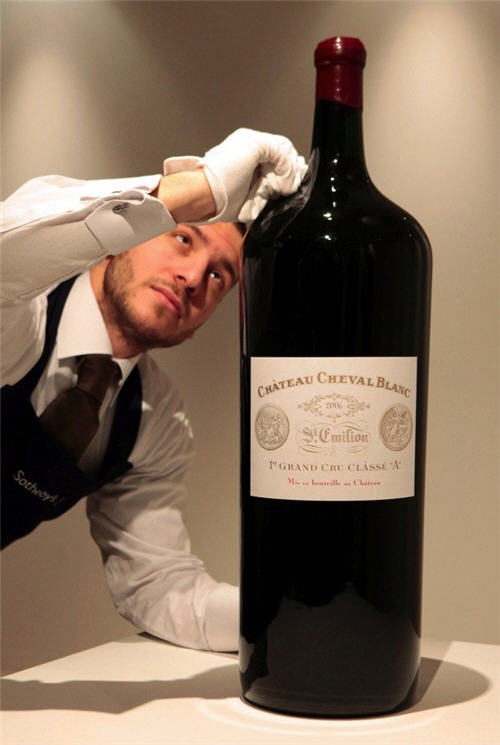 Meanwhile, the proliferation of natural wine bars like so many bacteria, rightly excoriated by my good friend, Rip Clung Bale in a recent article, is a disturbing phenomenon. Rip apparently dined in a famous London restaurant specialising in so-called natural wines and unwittingly drank two examples of natural wine. His apparent enthusiasm for the wines would have undoubtedly been dampened had he but realised what he was drinking. This confirms my worst suspicions about the machinations of certain sommeliers who insidiously introduce natural wines onto their lists without fair warning. The critics are unable to bring their highly rational scepticism to bear if the wine is not flagged up as being natural.

These terrible natural wine bars are hardly pervasive yet as you will only find them in places like Paris, Tokyo, Sydney, Melbourne, New York, San Francisco, Los Angeles, London, Montreal, Copenhagen, Oslo… Those who frequent these places and drink stinky murky fluid are fashionistas wearing amber-tinted specs rather than wine aficionados. They believe that one should be seen to be doing it and that dull brown liquid is a modern life-style accessory. The natural wine phenomenon is a cultural myth – it can be boiled down to a few wannabes with rictus grins forcing down the medicine like castor oil because they think it is a good for them to do. The great Andrew Jefford is rightly of the opinion that the supporters of natural wine do not assess wine for its quality but consume the product from a sense of moral imperative. They take perverse pleasure in donning the hair-shirt and take no actual or aesthetic pleasure in drinking the wine. For Andrew, the natural wine brigade are the new Cathars. How eminently true this is – natural wine aficionados are indeed the jazz-loving, bearded, anarchic hipsters with the distinct whiff of the presbytery about them.

Real wine culture still resides happily in the “top-end” restaurants where sommeliers with leather-bound volumes glide between the distant tables purveying good old-fashioned vinous common-sense. My good friend Robert Parker launched a reasonable choleric tirade against the new breed of young whippersnappers who have foresworn the old certainties and list grape varieties that he has scarcely heard of from regions that he knows very little about. Where’s the choice for customers who want to spend three to four figures on a bottle that may gravely disappoint their expectations, but which scarcely makes a dent in their considerable bank balances? Rich people, after all, are people too. 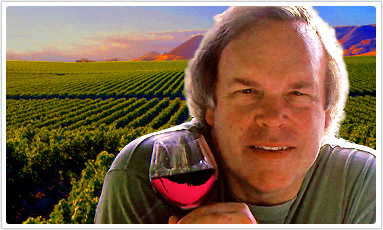 Sommeliers must be the defenders of the faith, custodians of traditional values. The notion that they might allow these orange, cider-wines to rub shoulders on the same list with the great Napa Valley Cabernets, the Pomerols, Grand Cru Burgundies and the ten page vertical of Penfold’s Grange is a travesty of taste.

Greatness in wine is an exclusive concept; it is that combination of superb oenologist as wine author, Chateau (or mock Chateau) winery, detailed and studious winemaking intervention, lashings of new oak and brilliant marketing that elevates a wine to the highest level and creates the iconic brand. Great wine is artifice raised to an art form, artisan wine is artlessness personified, rambunctious, coarse and crass.

Man is the improver. The first duty of wine is to be correct, the second to be as good as it can possibly be to meet the expectations of those who have good taste. Additives are a natural part of winemaking and I use that word advisedly. Wine is not natural in itself, it is the man-in-manipulation that creates the product out of nothing. The fundamental fallacy of natural wine is that it seriously believes (and I am not misrepresenting this) that there should be no human involvement from the vineyard to the bottle. These nature-loving people would take us back to the dark ages.

We are the myrmidons of the wine establishment; logic is our shield, truth our sword, humility our banner. Unlike the fundamentalists in the natural wine movement (which we know exists though we have yet to discover where they are hiding) we never wilfully misrepresent the debate, caricature the arguments or make sweeping unjustified generalisations. Our role is to provide a counterpoint and defend the great domaines and Chateaux, the sensitive wine writers, the Parkers, the Bettanes et al who lack a platform for their sane and rational views, and to protect the unwitting public whose lack of taste is being exploited by the clear and present danger of natural wine. Whatever that is.