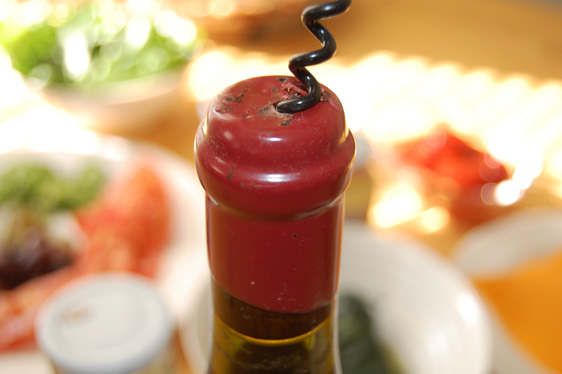 Welschriesling – Or Rhyl-sling as they call it locally

Why Web Wine.com? – It’s fast, it’s efficient, it’s “what am I saying?” It’s the triumph of hype over expectation. Although we may think that the wheel has been reinvented yet again, buying wine over the internet is just the same as mail order (Cue misty eyes). But wine is not a package holiday, a washing machine or a book – there is a risk factor involved. We try to give as much information on the site as possible to assist customers with their choice. Yes, you could purchase champagne and fine wine and anything branded, but generally it is best to seek advice from the experts. Remember that websites are essentially a form of on-line advertising, and you wouldn’t buy something just because it was advertised.

White Zinfandel – One of the signs of The End of Days, as foretold in The Book of Revelations.

Wine Appreciation – (as half-inched from The Onion)

Winemaking – Bernard [gibbering] They’d all laugh at me if they knew what I was trying to do… to create a new strain of super-wine in a half an hour with a fraction of nature’s resources and a FOOL for an assistant. “Bernard Black, he’s mad,” they’d say. “He’s insane. He’s dangerous.” Well I’ll show them! I’ll show them all.

Wined Up – Drunk to the gills on wine. Finishing a bottle.

Publicity-shunning Wolf Blass (Fosterman to his friends) has warned Australia it is in danger of confusing the public with a ‘fruit salad’ of grape varieties.

Apparently growers should stick solely to making God’s own fruit salad shiraz and chardonnay because consumers wouldn’t be able to cope with the idea that different areas of Australia might conceivably be able to produce excellent examples of other grape varieties.

The über-intellectualism of Sauvignon was beyond the ken of most sheilas, he announced in a rare lapse into the local patois.

Wolf Blass is rarely out of sight and said to be in full possession of all his marbles.

Wolf Blass attributed his own success to constant self-promotion and endless propaganda and said that Australians don’t give a four x for anything else. Unfortunately, something terrible did happen – his wines became popular, and now Wolfie is free to bark at the moon.

Woodpecker Wine – Wood you or woodn’t you? I was privileged to be given the chance to try several very expensive wines last night at a rather smart restaurant. I won’t name names but to give a rough geographic indication there was a Bordeaux, Ribera del Duero, top Italian stuff, some pickled pointage (Pinotage??) for a Parker Pecksniffer.

Whether termite’s delight or woodpecker’s whoopee we are talking serious plank-ton here, brought to you courtesy of an oenologist char-wallah. Reference previous article about wines which seem to come fresh from the vineyard to your glass these were all filtered through the gummy gauze of clumping technique. My mental notes were: long hang time, low acid, burnt toast, scaggy jam, bitter tannins and s*l*h*r. Because ultimately you don’t digest iconic wine, it digests you and your wallet.

“Too much work, and no vacation,
Deserves at least a small libation.
So hail! my friends, and raise your glasses;
Work’s the curse of the drinking classes.”

Write on – or not? – Andrew Jefford announced at a European blogger’s conference that the wine writer is dead. We weren’t aware that he had been ill, but as the last typewriter rolled off the typing press last week we can truly concur that the wine column has finally crumbled into irrelevance. Once upon a time Michael Broadbent carved his opinions on tablets of stone, Evelyn Waugh wrote elegant vinous vignettes and dinosaurs stalked the earth, but now all you need is a blog page, a Facebook account and an itchy tweeting finger and son, you will be a consummate all-around communicator. That’s irony. I’m being ironic, innit?

Writing – Wine Writing, defined by the Oxford Companion To Wine, as a parasitical activity enabled by vine growing and wine making but more usually associated with wine tasting, and even wine drinking, than any of the former. 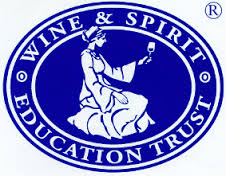 WSET – An august educational institution that finds it expedient to use an alternative alternative wine glossary for its syllabus.

Würzer – A Gewürztraminer x Müller-Thurgau crossing that is so ripely aromatic that one sniff of it will rearrange your umlauts forever.