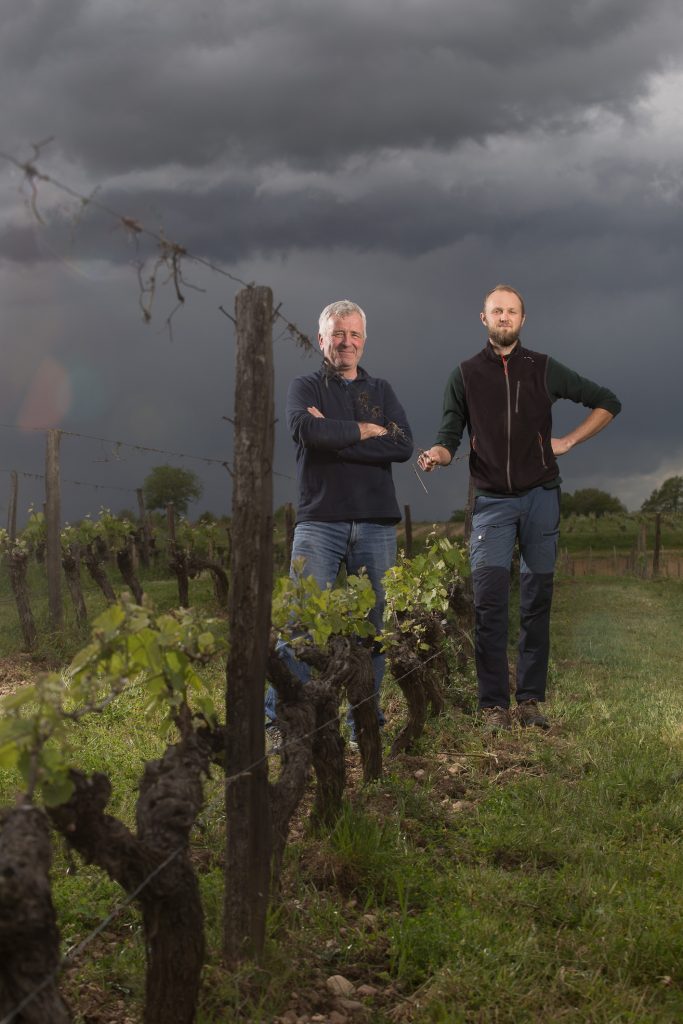 Château Plaisance Penavayre covers 30 hectares of certified organic vineyards on terraces above the Tarn valley in the commune of Villaudric, about 35 km north of Toulouse. The soils in Fronton are characterised by boulbènes – acidic, sandy-gravel mixes also seen further north in Bordeaux – but on the terraces, the soils are particularly poor and gravelly, forcing the vines to dig deep for water and restricting yields. The domaine was established in 1971 by Louis Penavayre, although the Penavayre family have been cultivating vines in the area for generations. It is now run by Louis’ son, Marc, who oversaw the conversion to organics over a decade ago and has adopted an increasingly holistic approach to winemaking. Local variety Négrette is the main focus of the domaine. Thought to be related to Malbec and Tannat, Négrette has been cultivated in the area for millennia. It produces deeply coloured wines that can vary from soft and fruity to full-bodied and powerful, depending on the terroir, and typically shows flavours of blackberry, raspberry, black pepper, liquorice and violets.

How do you like them grapes: Négrette primarily, Syrah, Cabernet Franc, Gamay & Jurançon Noir. 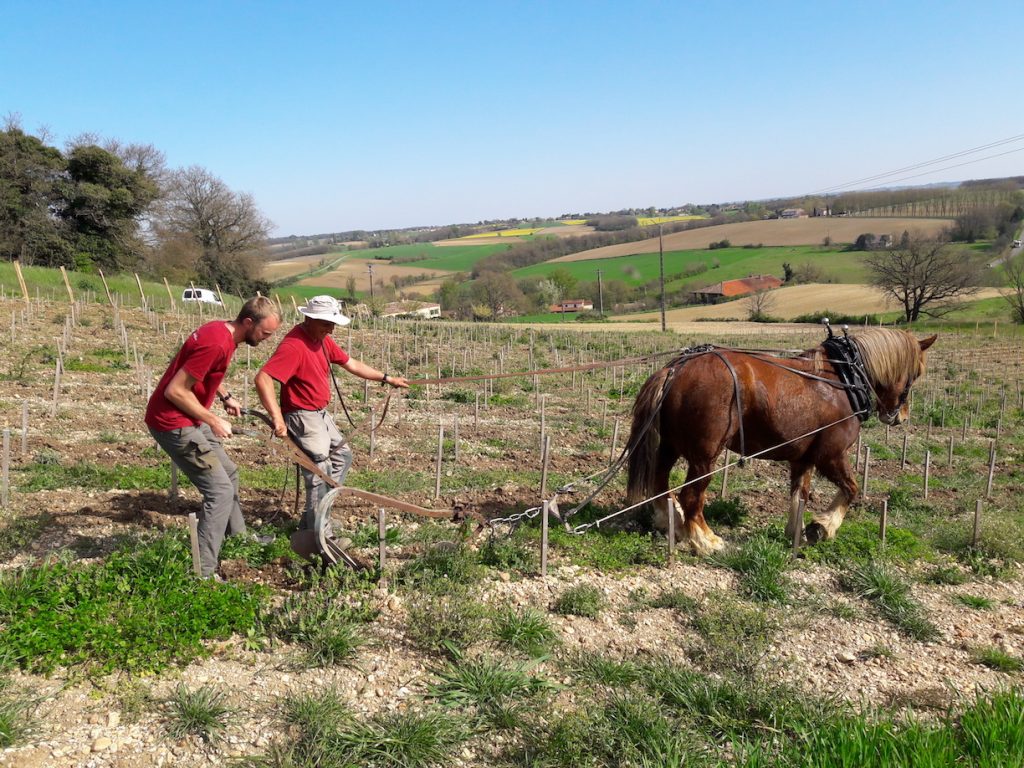 In the vineyard: Organic- certified by Agriculture Biologique (AB) since 2011. A working vineyard closest to the soil without fertilizers or weedkillers, focusing on natural products, the harvest of a very ripe grapes, very healthy, sorted, vinification and guided by the idea of “to speak the earth” in indigenous yeasts. The Penavayres have also experimented with aspects of biodynamics in the use of tisanes and other homeopathic decoctions.

In the winery: All native yeast ferments, temperature-controlled in stainless vats, low extraction, ageing on the fine lees in tank (top red cuvées see some barrel-maturation). One racking normally. Bottled without filtration or fining. One cuvee – Serr da Beg – made without any sulphur added. 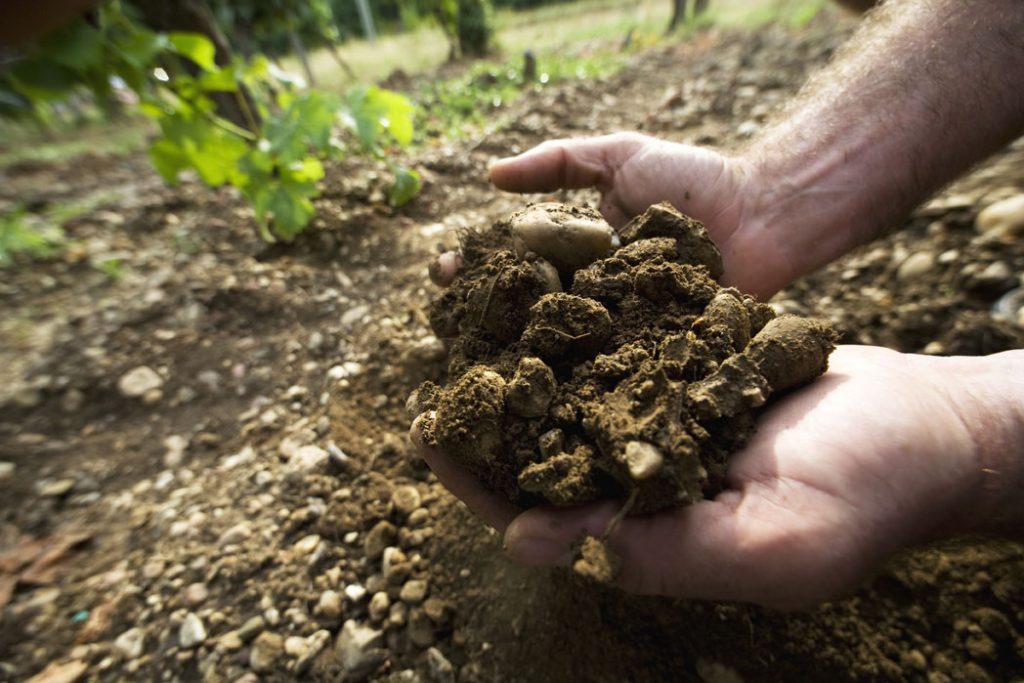 QI: The unique Négrette grape grows here. The story is that the Knights Templar brought the vines back from Cyprus almost 900 hundred years ago and called it Négrette because of its dark skin. Fronton is one of the oldest vineyards in France. It was the Romans who planted the first vines on the terraces overlooking the Tarn Valley. But it was only in the 12th century that the Négrette appeared, the variety which was to write Fronton’s history. At this time, the vines belonged to the Knights of the Order of St John of Jerusalem. They were the ones who, on one of their crusades, discovered and brought back a local grape from Cyprus, the Mavro (which means black in Greek), out of which the Cypriots used to make a wine to “increase their valour.” The Knights introduced this grape to their commanderies in the Occident, including that of Fronton. Over the years, the Mavro became the Négrette and is the origin of the typicity of Fronton wines, the only area in France where this variety has become perfectly and durably acclimatised. When Calisstus II, 160th Pope after St Peter, came to consecrate the church in Fronton on 19th July 1191, he was so enthusiastic about the wine that he demanded that its praises be sung on parchment.

Food match: These reds pair well with rack of lamb en croute, rib of beef served with a shallot and red wine sauce or roast partridge with a wild mushroom ragout.

Philosophy: “Assiduous in the vineyard, lazy in the cellar”. To achieve beautiful grapes, you need to be intimately acquainted with your vineyards, your soils and your plants. To observe, to understand, to work manually and to treat the grapes with respect.

Extraction & The Winemaker: Less is more except when the opposite is the case