The more that something becomes subject to analysis, the more it becomes the paralysed property of self-interested parties. Put a real or metaphorical label on a product or an idea, and witness how people either want to challenge it or appropriate it. Natural wine, if one may anthropomorphise, is no long an innocent baby; it has entered the sullen teenager phase (apologies to all the delightful teenagers out there), exuding argumentation and envy.

I am not talking about the death of natural wine itself. Wines will always be wines. We may treat them sometimes as an idea or even an ideal of winemaking, but fundamentally natural wine is wine. Made without chemicals, via the sweat of the brow, with good judgement and occasional good luck. Encompassing so many styles of wine, so many methods of farming and vinification embracing so many individual stories and so many personalities, natural wine is bigger than a movement, more than a manifesto.

Wine itself, after all, has been around in one functional form or another for at least 8,000 years, and will endure. The business of wine, however, is a relatively modern phenomenon, and it is this trading of natural wine as commercial product that has brought it under intense scrutiny.

Not that the scrutiny was always so intense. Low-intervention wines were once barely visible on the commercial radar. No-one talked about wine in such terms, nor differentiated natural from conventional wines. Organically or biodynamically-farmed wines were an irrelevance, viewed as quirky aberrations at best or using voodoo methods at worst. 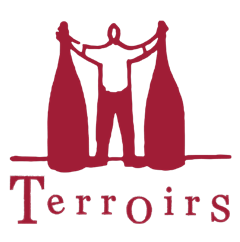 Yet when Terroirs Wine Bar opened in London in 2008, the artisan schtick finally struck a resonant chord in the UK. The environment was fun and friendly, the food was great, the wine list full of jewels and written with more than a grain of tongue-in-cheek irreverence. You could enjoy wine without being judged. Good will brimmed over on all sides. Associated with the natural wine movement that had already taken off in France and was beginning to manifest itself in New York, Tokyo and big cities around the world, Terroirs attracted a new generation of wine drinkers and opened the minds and palates of a fair proportion of the existing generation.

Bliss it was in that dawn to be alive
But to be young was very heaven. 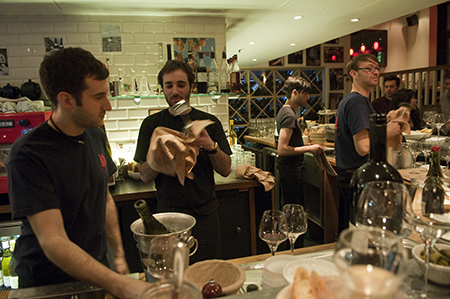 So far, so innocent. All revolutions start with an explosion. Or lots of little detonations. Throughout the wine world, vignerons began to challenge themselves and question the way they worked. As a result, there was plenty of experimentation (not always successful), a lot of conversion to organic and biodynamic farming in the vineyard and transition to low-intervention methods in the winery. Meanwhile, wine buyers, importers, wine bar owners and sommeliers were drawn towards this exciting new wine idiom. We were on this journey together, all discovering or rediscovering wine, exploring our sense of taste. How would you classify this type of organically-farmed, no-added-anything wine? The term “natural wine” became the shorthand for a whole grouping of wines. And stuck!

My epiphany was one of tasting and feeling that my palate had been recalibrated.

Perhaps away from analysing flavour and looking at wine as a manufactured construct and towards feeling the wine in the mouth, sensing textures and discovering flavours that I had never previously encountered.  This was before the wines were being caricatured by certain commentators as “purely” noxious cocktails of brett, aldehydes and VA.

There were two things at play here. One was the wines themselves; taste had suddenly got weird. I felt challenged, excited, like listening to a new idiom of music for the first time or trying to get my head around unfamiliar abstract shapes. The second followed on from the first and that involved the counter-cultural implications of allowing my taste to be challenged (even seduced) by the unorthodox. The rules of wine engagement had altered beyond recognition. My individual preferences suddenly seemed to matter for the first time; I was liberated enough to have an opinion about what I wanted to drink, rather than having to kowtow to received wisdom and respecting the hierarchy-maintaining points system.

I have many abiding memories of the early years of Terroirs. People, perfect strangers, sharing bottles of wine. The “try this” mentality. The desire for explanations and stories.  The moments where puzzlement tipped over into acceptance and even pleasure. Wine had come alive both in the glass and as a concept.

The subsequent story of the rise of natural wine is one of various strands and mini-movements coming together and acquiring critical mass and garnering recognition from friends and foes alike. 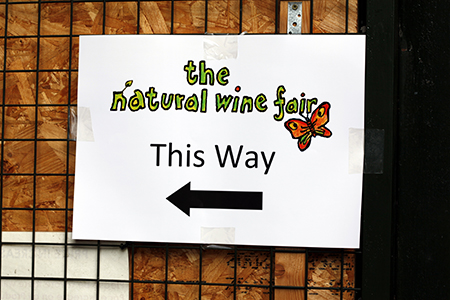 While natural wine was very much the wine culture of Paris in the early 2000s, elsewhere it was slowly putting down roots. In 2011, the Natural Wine Fair (brainchild of Isabelle Legeron and Les Caves de Pyrène), took place in London’s Borough Market. Arousing a lot of media and trade interest, it showed that natural wine movement, such as it was, had come together under one banner, so to speak. The following year the fair was to divide into two entities, The Real Wine Fair and RAW, aggregating some 350 producers, by which time natural wine had become one of the major talking points in the wine trade. It now amounted to more than just a wine bar with a list entirely populated by artisan wine producers, but was perceived as a fully-fledged movement with a philosophy. After which, there was a period where philosophies and ideas were fleshed, charters and manifestoes drawn up, articles and books written, and conversely, an attempted critical backlash from an establishment of critics, journalists and oenologists. 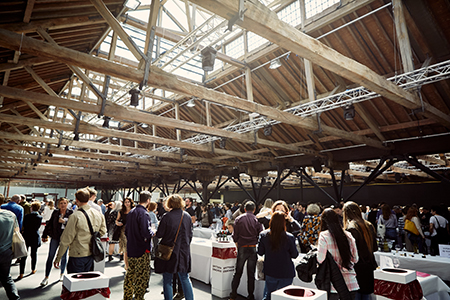 Social media further altered engagement. Rather than a limited number of experts and writers venting, anyone who ever attended a fair or visited a natural wine grower could now have – and vent – their own opinion. Meeting growers, tasting artisan wines, travelling to wine regions and by now almost immersion in countless wine fairs and salons, gave consumers a first-hand experience of wine, as opposed to one mediated through the prism of so-called opinion-formers.

By 2015, natural wine was established as a thing. A new generation of sommeliers and wine buyers helmed the wine lists, individuals who no longer traded in the old certainties and were responsive to the needs of a new generation of wine drinkers. People more and more received their wine information from bloggers and social media. By now, there were dozens of importers, specialist wine bars and independent retailers. The wine fairs proliferated and people travelled to them all over the world. And there was more to try new producers took over the family concerns or bought vines and started to make natural wine for themselves. By 2020, natural wines had become – almost – ubiquitous.

A concept had thus almost turned into a brand.

And that is perhaps the beginning of the problem. There are those who spotting a market opportunity, wish to use natural wines for their narrow commercial purposes. Others who would make themselves arbiters of natural wine, by formulating rules and manifestos and laying exclusive to the genre. We should not be surprised, human nature being what it is.

There is also a kind of natural wine one-upmanship, an increasing tendency to latch on to a particular producer and make them (and their wines) iconic, raising their desirability. With increased worldwide demand for these products, they become less and less obtainable and as a consequence a grey market in trading them naturally forms. I may love the way certain individuals work in the vineyards and the winery and even the way they are ambassadors for their craft, but I still need to taste the wines every year and assess how they shape up.

Conversely, there are tasters who will generalise from one or two bad experiences and form negative opinions about growers. I see this more often now. It betokens a compartmentalising into good or bad, rather than a deeper understanding that natural wines are always going to be different.

It is also a matter of tolerance. I can only tolerate a certain amount of wood influence and perceived sulphur in a wine. If a wine shows these characteristics, then it is not for me, and probably not for me to pass judgement on it. But there are people who will state that “x wine has too much VA (for example)” and make it into an objective statement of fact rather than a personal observation.

Social media becomes both echo chamber and amplifier of prejudice. Forums attract the curious newcomer, the expert, those who wish to advertise their wares, those who like to boast about what they are drinking, people with a political agenda.

Politics, more specifically political correctness, and the cancel culture schtick, have invaded the natural wine discourse. This would not be a bad thing if information about growers and their wines was derived from reliable sources, but social media is used far too frequently to make unvalidated ad hominem accusations, and growers are too often deemed guilty of some infraction until proven innocent. Even some growers are guilty of this themselves, accusing others of cheating or taking shortcuts or not farming organically or breaking some of the tenets of natural wine.

Although it is still the exception rather than the rule a toxic mixture of gossip and agenda-bashing, the wearisome arguments about grams of sulphur, the reverse snobberies, wokeness, faux-moralising and presumptions have made the natural wine world an uncomfortable place in which to work at times. Schisms may have become natural in the natural wine world, as they are in religion, but we should always appeal to tolerance and reason or we risk forgetting why we appreciated the wines in the first place. Which was for the wines themselves and the point of difference they brought.

Fifteen years ago, I fell in love with something called natural wine and I have never swerved from my love of the wines and the people who make them, but I am realist also, with every experience tempering my opinions and allowing openness and uncertainty to be my guide.

The Ethos of Taste