Fairs/Festivals. A means by which producers, export companies and wine merchants can display their wines, interact and do business with existing customers and as well as meeting new customers and potentially opening new markets. Many tastings are generic being commercial events funded by generic bodies. At the top of the tree are the expositions in vast marquees and conference centres, spanning days, and often spawning salons off the main event, featuring new product launches, and convening conferences, seminars and business to business opportunities. Focusing on celebrating the growers and their wines rather than marketing and branding, natural wine fairs have brought the tasting experience into the modern era. Such fairs, which have a strong social dimension, will also have other “joined-up” attractions such as artisan food producers, pop-up wine shops, seminars and run at the same time as a host of promotions in the trade. 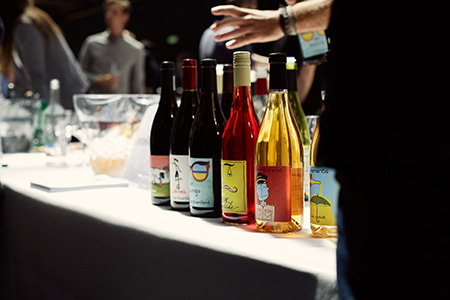 Faults. Some wine faults are absolute. Some are relative. Others are very much on the palate of the beholder. Different authoritative wine websites will enumerate different faults even. One can even argue about how it is possible for an interesting wine to be faultless and speculate how flaws in wine may confer a kind of distinctiveness. Faults are synonymous with undrinkability and, to a certain extent, and the embodiment of the mortality of the wine. The most obvious one is cork taint, a fault we can all agree on. Even here, there are levels of taint, such as leaching from cheaper corks, to out and out all-the-alarm-bells-ringing. Oxidisation is another state where the wine is past the point of no return, yet you will find a healthy argument about what constitutes oxidised (death) and what is oxidative (a form of life), with many wine professionals unable to understand that oxidation is a winemaker’s tool. Reduction is another; wines may be made reductively and show that pronounced character upon opening. Reductive wines can emerge from that initial shock with exposure to oxygen. Under sulphur compounds one might find mercaptans and excess free sulphur. If you believe that it is an unintended consequence then evident carbon dioxide may be termed a fault. Others might enjoy the lift of some “spritz”. Heat and light damage are faults, although to do with storage rather than winemaking. Bacterial taint, volatile acidity, brett also seem to go both ways, depending who you are and how responsive your palate is to certain aromas and flavours. Ultimately, the discussion about faults would fill a book. The final questions remain: to what extent do faults define the wine, make it better or worse, or more interesting or less transparent, in other words, are many faults forgivable and often captivating flaws, or are they technical aberrations that render the wine undrinkable?

Feminine. Almost redundant as a wine descriptor now, but used frequently in tasting notes to convey a certain quality in a wine, that of lightness, suppleness, approachability and effortless elegance. It is easy to see how certain wines, by their colour, their aroma and taste, may be said to be dark or light, strong or soft, masculine or feminine. Often this may be attributed to the soil type or terroir of the vineyard from which the wine comes, and occasionally to the treatment of the juice in the winery and the nature of the extraction.

Field Blend. In many countries and wine producing regions, different grape varieties have been historically co-planted in the same vineyard. These grapes will be harvested together on the same day; some under-ripe, some over-ripe, some perfectly ripe, and then co-fermented. The conjugation of different varieties has the effect of strengthening or softening a blend; reds fermented with whites become more aromatic and softer in texture. Known as Gemischter Satz or Sotz in Austria and Germany, these field blends may comprise any number of grape varieties; in other parts of the world, one will find co-plantation of red grapes with ameliorating white varieties.

Filtering/Filtration. Basic filtration works by passing the wine through a filter medium that captures particles larger than the medium’s holes. The type of filtration, however depends on the intention for the final result. The cleaner the wine desired, the finer the filter that will be used. The objective of fine filtering is to remove potential active yeasts and lactic bacteria and this will be done by passing the wine through a thin membrane. The extreme version of this would be microfiltration, trapping all yeasts and bacteria is achieved prior to bottling by means of membrane cartridges. In terms of texture and flavour, fine filtering can cause the wine to be stripped of its essential personality. In natural wine, where the yeasts and bacteria are considered an active, dynamic part of the wine’s personality, filtration is rare, and then only coarse filtration of heavy solids, or racking off the gross lees. 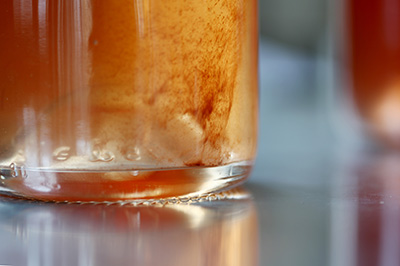 Finesse. A qualitative description of a wine less in vogue now than previously (like feminine). The wine which displays finesse has a fine elegance. There will nothing out of place, no coarseness, so rough edges. The wine will be linear, but not sharp, silky but not overly smooth. The tannins, if it is a red, will be fine-grained, present but not overly noticeable.

Fine Wine. A term that falls into the “how long is a piece of string” category. The assumption is that what is fine, has been given a value by critics and this feeds a wider perception that the wine is of a certain quality. In Bordeaux and Burgundy, the notion of fine wine is reinforced by existing classifications and here reputation and tradition play a large part. Now, wines have a market trading value or index. Obviously, the more the wine is worth in these markets, the finer it is deemed to be. This has nothing to do with the qualities of what may make a wine “fine”, something noble and beautiful and capable of giving great pleasure, but such considerations are too subjective to be covered in a definition of a commercial designation.

Finish. The length of time that you can sense the wine after you have swallowed (or spat it out).  The finish will be the retronasal reminder of the wine’s aromatic quality, but will also include a deeper sense of the wine’s material presence. In tasting terms, finish is divided into short; medium (or moderate); long, with very short and extremely long at the opposite ends of the spectrum. A short finish will be watery; the wine will be so diluted by the saliva that it will seem to dissipate instantly. A long finish can last twenty seconds to a minute. Here the wine may be propelled on a combination of acidity, for example, tannin, intense fruitiness, texture and so forth. A harmonious finish will have all the component parts of the wine working together and giving an abiding impression of the whole. Although finish is, naturally, dependent on the receptiveness of the taster in that the individual must be tasting rather than gulping the wine, it is mainly about the objective qualities of the wine in question.

Fining. In winemaking, fining is the process where a substance (fining agent) is added to the wine to bond with the suspended particles, producing larger molecules and larger particles that will precipitate out of the wine more readily and rapidly. Unlike filtration, which can only remove particles such as dead yeast cells and grape fragments, fining can remove soluble substances such as condensed tannins, phenolics and proteins. Some fining agents are animal based, including albumen, casein derived from milk, gelatine and isinglass from fish bladders. This makes the wines unsuitable for vegans. Alternative agents include bentonite clay, which is good at absorbing proteins and activated carbon, silica and kaolin are other allowed products. As with filtration there is a risk of valuable aromatic molecules being precipitated out along with the less desirable matter and most natural vignerons avoid this process. Haziness is now being viewed not as a negative, but rather a positive quality, an indication of authenticity and purity, of leaving that which is aromatically material in the wine, rather than stripping it away.

Flaws. See also faults. If all wines were made to a few identical recipes, then all wines would be homogenous. Fortunately, this is not the case, and there is a huge diversity, and marked differences in style and from cuvee to cuvee and vintage to vintage. Much is to do with the variables that come into play in the vineyard and the winery, and how the vigneron decides to treat these variables. In a winemaker’s hands, oxidation, reduction, VA, flor, secondary fermentation, malolactic become tools; they can be eliminated or accentuated or harnessed in a particular way. In aesthetic terms as well, the flaw can offset the whole, as in idea of wabi-sabi, where pure beauty is thrown into relief by a little flaw. Wines can even be built upon the flaws – one thinks of flor wines or oxidative Marsalas and sherries. Whereas faults are usually considered absolute and terminal, flaws are more relative (to some and perhaps not to others) and thus provide endless fuel for the debate about what is technically right or wrong in certain wines.

Fortified/Fortification. The addition of distilled spirit or grape brandy to stop fermentation (killing the yeasts which stop working at 16-18%) which in turn preserves the residual sugar. Used in classic Madeira, sherry, Marsala, Port, Mistelles, VDN (Vin Doux Naturel) wines and Vermouth, amongst others. The preserved wine has great ageing potential. Fortified wines can be anything from 15%- 22%.

Foxy. A reference to the aroma and flavour of certain hybrid grapes such as Concord. An unacceptable word in a tasting note if used to refer to the sexy quality of a wine.

Funky. Delightfully and not-s0-delightfully used and abused non-technical wine descriptor, used mainly in a pejorative, but often in a positive sense, about unusual, even wild, aromatics of a particular wine or style of wine. Chacun à son funk. Types of funk include brettanomyces which may imbue a wine with varying degrees of farmyard “aromatics”, aldehydes (bruised apple smell and flavours), and other meaty/savoury/umami bacterial-induced characteristics. Funkiness tends to consort better with certain varieties than others – with Grenache rather than Pinot Noir, for example, or with Chenin rather than Riesling or Chardonnay. At its best, funkiness in wine, can remind us that it can be raw or elemental, as opposed to clean and precise; at its most obtrusive it will diminish or obliterate the subtle terroir nuances in a particular wine. Funk has been conflated with natural winemaking (particular the low or zero use of sulphur), but is considerably more widespread and funkiness (and the flaws one associates with it) has been a signature of some of the greatest wines ever made

Wine Controversies: Wine writing about what consumers want is bunk