Wine is, or should be, a liberating influence. It should inspire us, make us happy, unlock our creativity and passion. Then we write a book about it. Because, as the cliché goes, everyone has one book in them.

A few years ago, at The Real Wine Fair, I was minding the beeswax on a bottle of Bojo, when a trade customer came up to me and said, ‘If you published your text list [aka the bible, aka the encyclical draft-excluder], I would buy it!’ I laughed that off; people do say things like ‘If you build it, they will come’. Or, ‘I’m your number one fan’. And other movie references. One person confided that he read the list in the bath. Really? That’s 400-pages of soppy soapy wine list, whilst another kept it by the loo (which sounded a lot more probable – and functional). I simpered, as always, and did nothing.

At the beginning of last year, we were rising 30, and I suddenly thought it would be nice to recognise the considerable journey that we had made since 1988 when Les Caves – or Santat as it was then – was but three blokes, one woman, a pot plant and a (battered) van, to our present status as an internationally-renowned wine company, with fingers poking into various small business pies across the globe. I did not intend to boast about the greater glory of our slickaholic business success, and describe how a sprat became a sardine, instead I wanted to relay the accidental nature of progress from being that wee niche company of friends to an operation that employs (indirectly) around 150 people, and to bear witness to how the wine business has changed since the innocent late 80s.

I did not intend to describe how a sprat became a sardine, instead I wanted to relay the accidental nature of progress from being that wee niche company of friends to an operation that employs around 150 people.

I got distracted. And this history, consequently, is not a sequential story as much as a series of random anecdotes. And numerous digressions. And bad jokes. And worse puns. And all the high and low cultural references that you could cram into Nebuchadnezzar of prose. Subject-wise, the history of the wine company is very much about its wines, and even more so about the growers whom it imports and has relationships with. It is also about charting the development of our collective palate. And it is the whole real/natural wine debate in ever increasing sizes of nutshells. In the end, it is about all the things that a certain wine company does – from buying and selling the stuff, to opening wine bars, organising the Real Wine Fair, creating sister companies and partnerships, and establishing a business direction and a presence in the market. It is a story of mentors and friends, of places and wine epiphanies, and a thousand and one other abstract ideas that wine impinges on and that impinge upon our wine education. 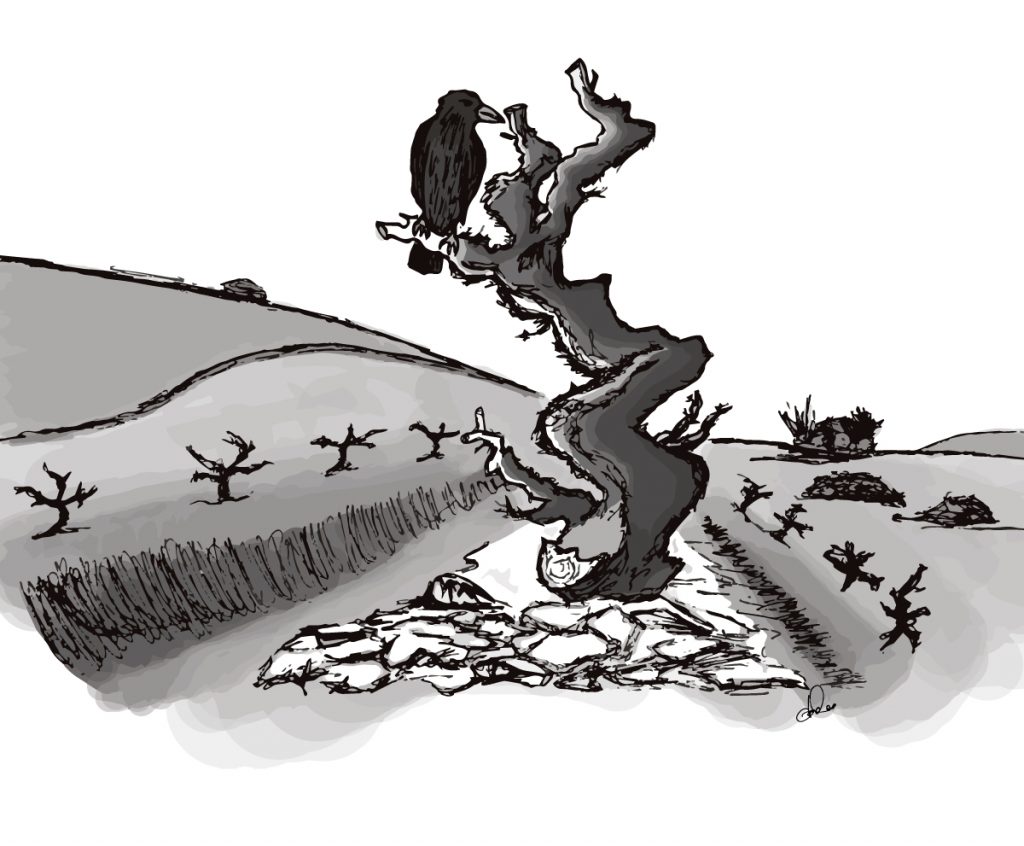 It is necessarily a partial and personal account, rather than an authorised biography, nor is it representative of the opinions of a wine company (if a wine company has opinions) and so it transpires to become basically a bit of a love letter to Les Caves and to the wine world that has given me a living.

Doug Wregg’s History of an Unusual Wine Company in 10 and a 1/2 Chapters is available to buy now from the Les Caves de Pyrene shop. All profits will go to charity.