There is a saying that even a stopped clock tells the right time twice a day. Trends, by definition, are rootless and transient, yet wine commentators are often falling over themselves to identify the latest one. Hence Riesling may be the new Viognier which was the new Sauvignon which was the new Chardonnay.

Wine trends are 99% PRspiration and 1% winemaking inspiration. It is seemingly more important sometimes that a project succeeds because of blanket social media coverage than because it is inherently interesting. Which posits a Pirandello-esque world of many magazine editors in search of a headline rather than a story. What is more interesting in the real wine world is the interrelatedness of things such as the rhythms of the vineyard, the artisans themselves and the processes of winemaking, rather than this perennial second-guessing about what’s popular (out there), based on a couple of vox pops and some spurious surveys. The medium, however, has definitely become the message. One may even create trends by hijacking social media and effectively networking one’s opinions in such a way that they seem to be freshly-minted truths already acknowledged universally.

Despite all this, at the beginning of each year, I don the oenomancer’s spangly pointed hat, decant a colfondo Prosecco, examine the true lies of its wiggly wine sediment, sniff the prevailing wine wind, and pretend to prog-nose-ticate, despite the fact that the whirligig of wine will inevitably bring in the same-old, possibly even more so. The wine industry is constructed to perpetuate the status quo, by rehashing old trends and repackaging them as good news stories. However, in the interest of goosing the wine status quo, here are some of my less than x-ray speculations.

The withering away of the marking system

I’ve always been grouchy marks on this particular issue, and I’ve noticed many writers/critics have also been questioning the scientific validity of the points system. Whilst major wine competitions still beat gold, silver and dull bronze out of the monolithic 100 points classification, it is increasingly acknowledged that this is a highly imperfect method of wine taxonomy (I give it 99 points for being highly imperfect). When we taste we know that what makes an experience memorable and outstanding is not necessarily the nuts and bolts of the wine – its unyielding architecture if you will – but rather the host of variables that make us human (and the wine itself variable, by definition). Perhaps we can replace the 100 point classification with emoticons, or, perhaps we may see the development of new criteria to assess quality. Alice Feiring, for example, has proposed an interesting kind of wine impressionism. Her suggested evaluative categories are more qualitative rather than quantitative, respecting the shape, the substance, the mutability, the purity, the focus and the tensile strength of wine, whilst acknowledging subjectivity: “Liveliness; evolution in the glass; balance; drinkability; emotional impact; savouriness (incorporating minerality); transparency and sense of place.”

The trendency (sic) to exalt grape variety – pure and simple – will diminish.

The notion that a day should be given in the calendar to fixate on a grape is pretty odd when you think about it. What qualifies Carmenere – but not Nero d’Avola, for instance – to have its own saint’s day? Grape varieties may be used for this simple branding, but the world as we know it, is rather more complicated. The Green Dragonfly Sauvignon from Styria’s Andreas Tscheppe and the Casa Azul Sauvignon from somewhere in Chile come not just from different places but different universes.

Celebrating the varietal is a peculiarly monocultural “dumb-grading” view of the world of wine. Increasingly we are seeing (and celebrating) leg o’ newt and eye o’ toad “field blends”, the gemischter sotz, wines with subtle inflections and ameliorations that blending – artful or artless – intrinsically produces. More than ever we understand that the taste of wine has more to do with geological and climatic factors combined with specific farming and winemaking approaches and techniques than the variety itself. Consider Valentini’s extraordinary Trebbiano d’Abruzzo or Princic’s sublime copper-coloured Pinot Grigio – is it that these wines transcend the humdrumness of the “origin” grape through the sheer virtuosity of the vineyard or the winemaking, or has the character and potential of certain grape varieties been so diluted by decades of overcropped vines and industrial winemaking that they have become terminally associated with milquetoast products? Where and when the grapes transcend their humble origins – such as Carignan in the Languedoc-Roussillon, Gamay in the great crus of Beaujolais, Malvasia in Friuli, or simply old vines from vineyards that have been revived and nurtured to health, we may see that nobility derives from allowing terroir, the singularity of place, to reach its true potential in a particular grape.

As hierarchies continue to dissolve, snobbery will become (almost) a thing of the past.

He says hopefully, because if you’re going to make predictions you might as well aim for the stars. We will always have professionals who make their money from wine and amateurs who enjoy tasting and drinking the stuff, but often the twain shall meet and exchange opinions about wine. Our wine culture is now sufficiently secure to withstand scrutiny, and to allow us to examine keenly the differences between what might be termed “wine knowledge”, wine understanding, and good taste The enlightened and democratic wine enthusiast accepts that he or she is always learning and that truly understanding wine involves somewhat more than having tasted loads of expensive bottles, having passed examinations or being deemed worthy to be a judge in wine competitions. Understanding (and, by association, good taste) involves a certain measure of respect, a portion of humility, and an open mind as well as a sensitive palate.

As a counterpoint to this I think we will see less dumbing down in the future.

Even the mass-circulation newspapers have published articles covering and recommending unusual artisan wines. Treating wine as if it has some value other than price (and supermarket availability) goes a long way to elevating the discourse. Additionally, tasting panels, particularly those who determine that a wine is fit for export in New World countries, have taken on board that just because a wine is different it doesn’t mean that it is atypical and should therefore needs to be gagged and bound. The real drivers in all this are the sommeliers in restaurants and the wine buyers in indie retailers who, rather than genuflecting to the commercially obvious or lowest common denominator choices, are seeking new and imaginative ways to sell wines that they are passionate about. Customers are encountering a new breed of professional who wants to demystify the subject, have fun with wine, tease and provoke, but most of all find something that gives pleasure. “Here, try this” will be wine phrase of 2016 (or words approximating to that meaning).

At the beginning of each year I fondly recall (and therefore feel inclined to remind others) some previous predictions from a couple of famous – ahem – critics, who, shall we say, are not overly enamoured of natural wine. They respectively surmised that natural wine was the most fleeting of trends (and based on the fallacy that the wines were any good) and that the public would soon tire of the hype and the circus would leave town. QED. Just as a stiff breeze whips glowing embers into a fire, so unwonted antipathy arouses intense curiosity and often evokes a countercultural reaction. In spite of their doom-mongering, the natural wine scene has veritably exploded with dedicated wine bars and retailers in major cities around the world, massively attended artisan wine fairs, and, of course, more and more growers working in the spirit of physical-intervention-rather-than-chemical-adjustment. Although relatively a drop in the ocean, the wines have made a massive splash. Yes, rumours of the death of natural wine are exaggerated. And whilst it is still not a unified movement per se, it seems to be an organically growing phenomenon that is naturally resistant to hypertensive criticism. 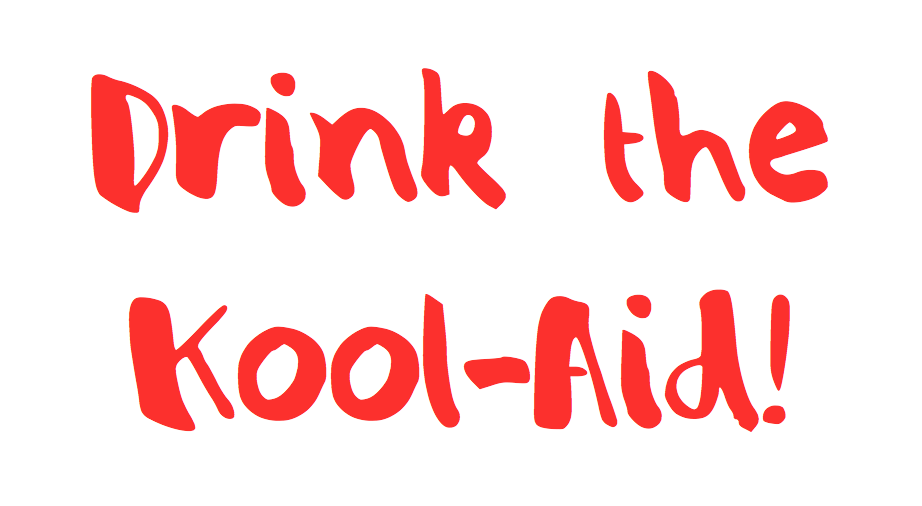 One of the by-products of interest in these wines is the emergence of what might be termed “Cult Natural Wines”.

I heartily dislike the c word as far as any wines are concerned as it implies uncritical adulation. Where demand is worldwide and supply is tiny, then the desperation to acquire a particular wine that is on strict allocation initiates a feeding frenzy. Wines from Jura (q.v. Houillon and Ganevat) are at the pinnacle of such niche. The charisma of the grower also contributes to the desirability of the wine. Frank Cornelissen, for example, works the natural wine markets and the tasting circuits tirelessly, and, accordingly has built up a loyal following. Creating a cru classé pricing system also helps to create a certain mythological status for the wines. Social media fans the adulation. Whether or not the wines live up to the hype is not important – they become the reference not only in their region but a brand in themselves because they have achieved a kind of universal recognition. Cult is about perception.

Unlike so many others who have waxed lyrical about English sparkling wines I will go completely against the grain and assert that the majority of them (and I’ve tasted a few) are not that good.

To be fair I would level this same criticism against a lot of wines from Champagne. However, the prevailing hype (and not just from English journalists) suggests that the reputation of these wines will soar, demand will increase, more vineyards will be planted… Strip away the blah-blah and bubble reputation and drill down in the heart of the wines themselves and you soon discover whether or not they have a heart and soul. Sparkling winemaking is not so much about great farming (alas) as it is about process. And processing. There’s a lot of raw, acidic, over-dosaged wines washing around in this country. Even when the process is technically polished, the wine itself – if you get past the bubbles and autolysis – tends to be vinously unremarkable. So, I do predict a great year for English wine – but for the wrong reasons.

How do we like them appellations? Not a lot.

The wine trade en masse prefers to deal in absolute certainties in a way that ordinary drinkers don’t. Labelling, appellations, charters, groups, consumer acceptance panels, awards competitions – wine is nothing if not endlessly codified. Do I require empirical evidence to sense that certain wines are more natural than others, or are all the better for being more naturally made? No, I am not pedantic in this respect; I trust my (imperfect) sense of smell and taste and my highly subjective likes and dislikes. Experiencing wine on a visceral level gives me the enjoyment and the information I need. Labelling and regulations are imposed by faceless bureaucrats; they may discourage (some) bad practice, but more often they serve to frustrate good practice.

The appellation system was intended to support good practice and promote origin; instead it has become so debased that many independent growers (who see themselves as defenders of good practice) are inclined to opt out.

My final prediction is that the notion of appellation will be turned upside down and inside out. We’re now more interested in real provenance, in assured quality, in wines that are morally entitled to proclaim their individuality rather than conform (for the sake of appellation) to a common denominator style which has little or no cultural or historical connection to the region/sub-region in question.

Feeding the Ox – A Celebration of Oxidation