Science commits suicide when it adopts a creed 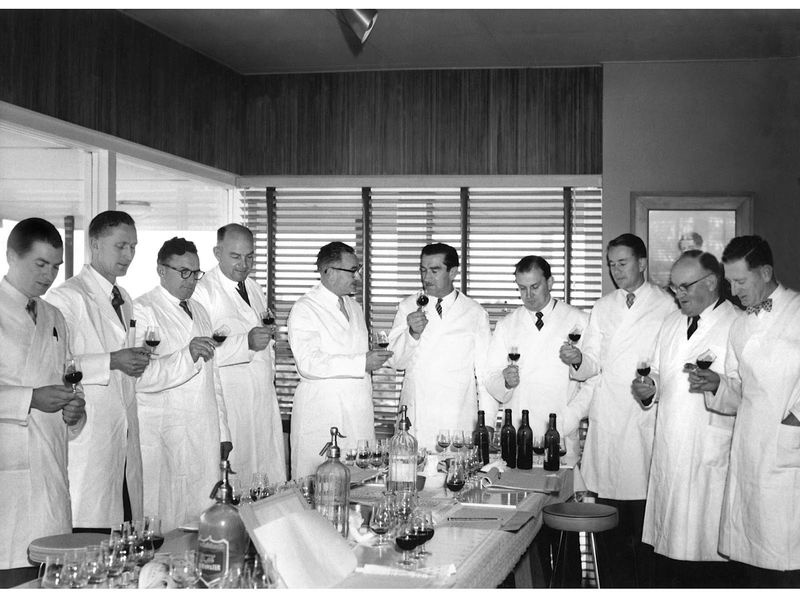 The subject of wine (not just the wine itself) is sometimes in danger of becoming an intellectual dead-end due to the rigorous-to-the-point-of-being-hamstrung appliance of science in almost every facet of our understanding and appreciation of wine. Not just applying it to the manufacture of wine where nature must be driven out with a chemical pitchfork nor to the juice which has been cleansed of natural yeasts, but to our opinions that must be perfectly formed, proved on the very anvil of logic. All is for the best in the best of all fearlessly symmetrical, bravest-of-brave-scientific-worlds.

In reality wine has become a quasi-discipline (for want of a better word) foundering on the rocks of faux-science. Journals abound with articles written by scientists and science groupies whose sole objective seems to be to atomise wines and strip them from their natural and human context. Facts are not science any more than the dictionary is literature. This leads instead to an interesting polarisation between those people who will always have an emotional response to wine, who feel wine on the pulses, for whom the smell and the taste of wine conjures shapes, colours and memories and elicits personal pleasure, versus those with a propensity for uber-dissection, who value functional rightness and wrongness -to the point of self-righteousness, who believe that the language of wine should be forever couched in the finite, numerical language of science rather than that of the over-vivid imagination.

Take the subject of faults and flaws. Many are happy to subscribe to any research that is done under a microscope in a laboratory as if by switching off the emotional response you will inevitably arrive at an objective truth about a wine.  You can also study a painting under a microscope, but that is not the whole picture any more than an x-ray of someone can inform the observer what that person is truly like on the inside. Meanwhile, ascribing a name to a wine characteristic – be it VA, brett, reduction, oxidation –has become the default aesthetic of the wine trade, a means of filtering out the unusual or individual. Never mind that many so-called faults are relative flaws and may actually enhance the wine. Wine – to certain professionals – is the sum total of its obvious faults (or lack of them) and the self-appointed cognoscenti have arrogated to themselves the unofficial title of faultfinder generals. And taste arbiters. Wine, to use the ghastly cliché, must be fit for purpose. According to many opinion-formers wines are better when they are made in a specific style –as with the models there is a perfect (and therefore a perfectible) shape (albeit that these models are Rubenesque to say the least). So much so that you can ascribe marks, award medals and effectively add value to the product. As soon as one calls into question the validity of these value judgements, and disputes the very nature of faults and flaws, then the baby beats the nurse and quite athwart goes all decorum. Eternal verities and hierarchical systems go out the window – undermining the whole system of classification. But farming, winemaking, opinion itself has never been static. What our ancestors enjoyed drinking would probably be considered faulty today, and what the critics laud now, might well be regarded as undrinkable in 50 years’ time.

“Science, like life, feeds on its own decay. New facts burst old rules; then newly divined conceptions bind old and new together into a reconciling law.” ~ Will James, The Will to Believe and Other Essays in Popular Philosophy, 1910

Yes, our interpretation of faults differs; for some the mere presence of aldehydes, brett, VA and reduction is sufficient to deem the wine in question faulty, while for others it is a matter of degree. I believe that certain wines are so diminished and adulterated by the flavours of chemicals or particular additives that they are also faulty – one might characterise natural faults as sins of omissions as opposed to clumsy oenological faults which are sins of commission. If one substitutes flaws for faults we may then understand that the objective of wine is not to be perfect (faultily faultless, icily regular, splendidly null to quote Tennyson) but to be individual. And vive la difference is surely a desirable mantra. Philosophy? Schmilosophy. We are all philosophers in our pots. Diversity thrives on opposition, the dynamic-creative energy of conflict. The natural wine movement didn’t spring fully-formed out of the head of some vainglorious style guru looking for a fad to peddle but was the result of growers becoming increasingly disenchanted with the same-old, same-old chemical-smelling, chemical-selling wines. Marcel Lapierre used to reminisce that he couldn’t bring himself to drink his own product. When the growers can’t drink their own wines that is a problem we should all be prepared to address. 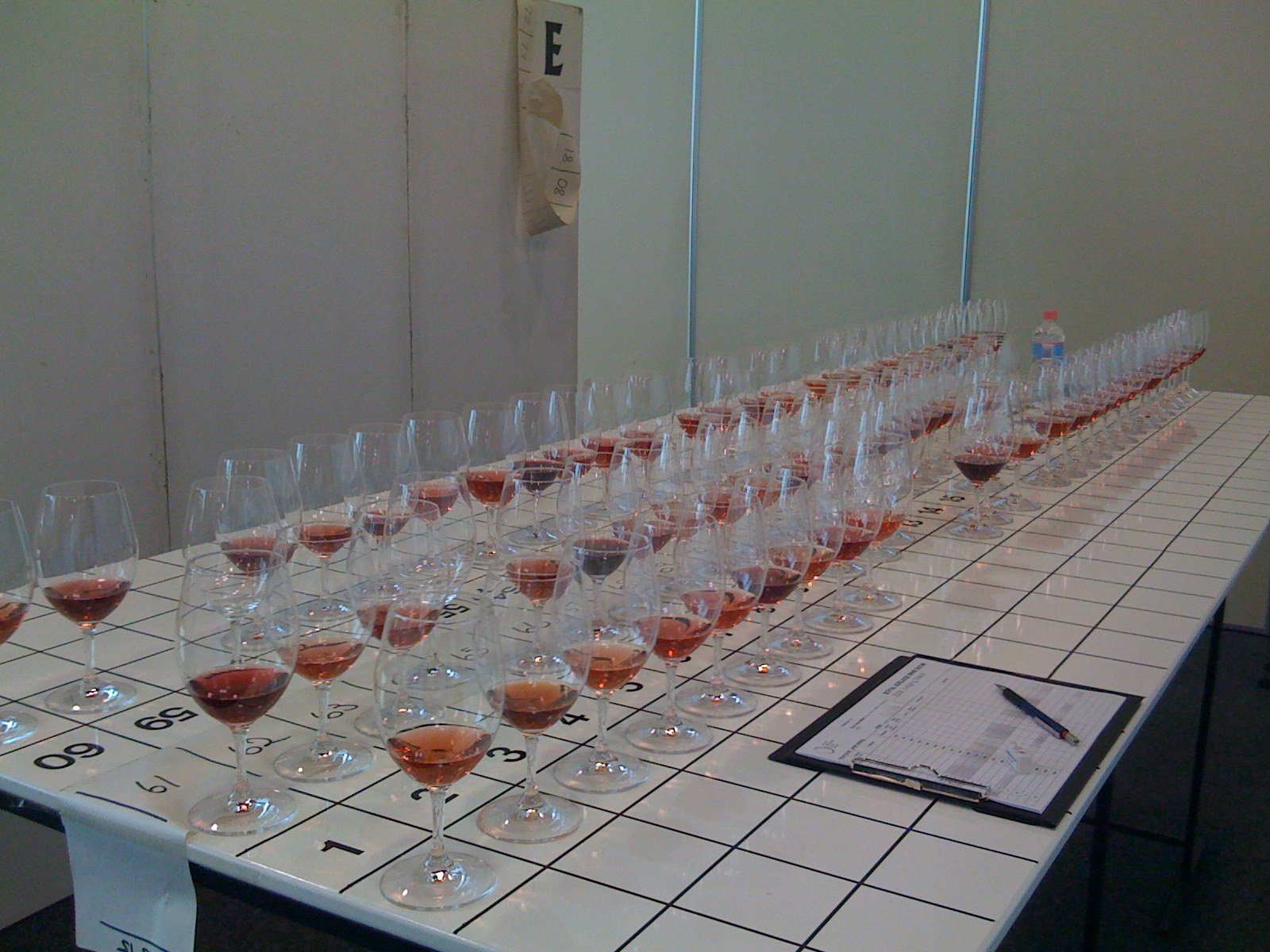 Let us examine those wines that inhabit the reckless wilder shores and that tend to alienate those who believe that cleanliness is next to godliness. These wilder wines can be alive, joyously, bacterially alive, mutating, unveiling, clamming up, moving, growing and decaying. They do not have a steady-state existence, nor are their transformations always obvious, inevitable or explicable. The vigneron will help to shape and to set the wine on its transformational journey, be it a long journey or a short one. The other side of the story is the wine denatured by chemical intervention in the vineyard and winery, homogenised and pasteurised by process. This wine was never alive, any more than the soils of the vineyard where it originated and have been subjected to herbicides, pesticides, fungicides and chemical nutrients, were alive. This wine can never be transformed because it has been given all its artificial DNA by the winemaker. Then there are the wines in-between, which retain the life-message of the vineyard, where oenological intervention has not entirely thrown out the baby with the bathwater.

Meet the Austrians at the Real Wine Fair 2017