“I am a possibilist. I believe that humanity is master of its own fate… Before we can change direction, we have to question many of the assumptions underlying our current philosophy. Assumptions like bigger is better; you can’t stop progress; no speed is too fast; globalization is good. Then we have to replace them with some different assumptions: small is beautiful; roots and traditions are worth preserving; variety is the spice of life; the only work worth doing is meaningful work; biodiversity is the necessary pre-condition for human survival.”

We live in an age of impossibilists and inevitabilists who hand down prescriptive remedies whether we need them or not. Thou shalt drink this, this wine is good and that is not, and I know best. Progress, which can’t be questioned let alone stopped, is measured by as many people singing from the same hymn sheet as possible, all taking their cue from the conductors of taste, be they politicians, bureaucrats, critics or wine commentators. This group of people arbitrate whether you can plant a soft fruit tree in your vineyard, will prosecute you over a minor infraction on a wine label and would seek to wrest away your very freedom to use certain words to describe a particular style of wine. 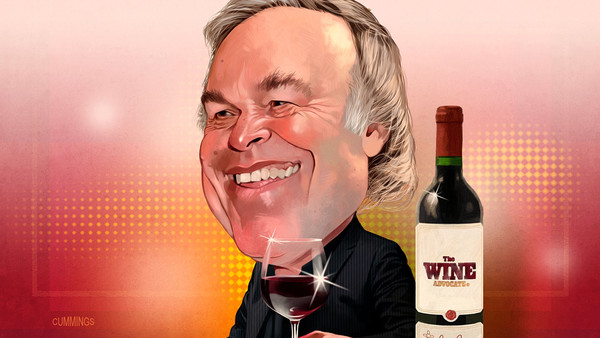 So we come on our merry way to the recent Bocotian batterfanging of Mr Cabernet Emissions (you know who I mean) who leaves a high Chardonnay footprint with each faux-oracular pronouncement. According to our modern-day curmudgeonly Hoyle, all the wine world’s a stage and all the main roles are played by The Noble Grapes – with the very occasional cameo exception – and every wine that struts it stuff in the critical forum should sport its own bubble reputation (signified by a pickled peck of Parker points). In this strange alternate universe there has been a tendency hitherto to associate noble varieties with bombastic, oak-gavaged wines. To me the expression noble grapes should just as equally refer to humble wines from varieties with a strong and unique link to a particular place and time. When French and Italian vignerons speak of “the blood of the land”, the sanguine drinkability of terroir wine from local grapes, they understand that respecting and nurturing these terroir flavours is part of respecting a rich tapestry of local wine history. These wines, obscure or not, have real roots; the variety becomes a secondary consideration.

We’re standing in a vineyard in Ribeiro owned by Antonio Cajide of Adegas Sameiras. Antonio points out three different versions of Caino Tinto. Three – I had no idea it came in different flavours. Stir into this rich vineyard mix a gallimaufry of local denizens such as Treixadura, Loureiro, Godello, Brancellao and Souson. Variety is the spice of wine in wines from Ribeiro – as well as being the stuff of grape archivists’ dreams each variety brings a subtle component to the whole. It also makes sense to have a plurality of grapes – some early-and some late-ripening, some at home on this soil, others on that.

Do we value things less because we are unfamiliar with them? Robert Huff-Snuff seems to believe – rather patronisingly – that sommeliers and wine buyers (and no doubt vine growers and wine drinkers) have been seduced into scouring the globe for unpronounceable grapes from regions that most people probably couldn’t locate on an atlas. What he thinks is novelty for novelty’s sake (or obscurity for obscurity’s sake) is, in reality, real diversity, and a vivid reminder that grapes are grown and wine is drunk outside the modern classic regions. Rather than stuff their lists with the classic clonal selection of monolithic-Merlot-rich micro-oxygenated St-Emilions or serried ranks of toasty Cali-Chardonnays, sommeliers and wine buyers are thinking with their hearts and having fun by educating, enthusing and challenging themselves and their customers – which is as it should be.  They understand that wine is as much as matter of personal taste as it is unthinking obeisance to so-called “iconic labels”. After all, it requires little imagination or discrimination to assemble an exhaustive and exhausting (difficult to) digest of wines at rarefied prices. These pretentious luxury-brand-focused wine lists, with their three-and-four-figure numbers that stick two fingers up to the everyday drinker, provide the antithesis of democratic drinking.

Taste (and tastes) are never-forever fixed and perceived quality is a curious thing. A collector, after all, may pay a fortune for a label even if there is vinegar inside the bottle.  So the money spent on wine has often little relationship to the quality as such. Regardless that styles of wines may change over the years, the cachet of certain labels remains the same throughout. The much-lauded modern boozy micro-oxed leviathans, for example, may be far cry from ol’ grassy, cochineal-coloured clairet from 50, 100, 150 years ago, yet these very Bordeaux wines are as prized now as they were then. Because although tastes change the label qua label has value. So what’s in a name? Plenty, evidently. When chalk becomes cheese yet is still recognised as chalk you have to question the very nature of taste.

Yes, tastes change. Moreover, perceptions of quality shift constantly; many believe now that less is more in wine – that wine is more attractive, more drinkable and more balanced without the oenologists’ tricks and tropes. Richly-extracted wines may be viewed as hollow, meretricious and downright undrinkable. The wheel of judgement is constantly turning, the norm is also shifting.

To return to grape varieties and styles. We believe that autochthonous grapes should be cherished. There’s a whole world of them out there imparting their singular flavours – literally hundreds and thousands, but to all intents and commercial purposes they have been reduced to a few core lines. And obvious styles. Wherever you go you will find recently “installed” Cabernet and Chardonnay as if the classic varietal is an unimpeachable brand.  It’s like travelling to other countries and spending all your time in modern airports or only visiting international chain stores and restaurants to reacquaint yourself with familiarity.

However, what was disregarded once upon a time may eventually become loved. Not so many years ago the leading wine writers were deriding Carignan as one of the great unwashed Languedocian varieties solely capable of producing plonk du midi. Grenache Gris, Macabeu, Cinsault have also been routinely dismissed in the past and grubbed up in favour of varieties with a more international reputation. This is nothing to do with the inherent properties of the vines and the grapes they yield and more to do with facile, so-called commercial imperatives. A shy wine is a shy wine, a fierce wine is a fierce wine for all that – expecting a living thing to be other than it is, is tantamount to saying that everything should be reshaped to fit the new paradigm. The wine is what it is and should be appreciated as such.

Kramer is on a double date with a vertically challenged friend and is in his usual state of barely suppressed paranoia. All the people around the table are being non-committal, the small talk is excruciating and Kramer is one Quixote short of a fully tilted windmill. A waiter comes up to take their drinks order.

KRAMER: I like Merlot. Is Merlot good for you?
Girl 1: I love Merlot
Girl 2: I adore Merlot
Other guy: Merlot is my absolute favourite
WAITER: Sorry, we have no Merlot.

Kramer involuntarily sweeps a wine glass off the table

Branding primarily concerns labels rather than content. An experiment for a recent television consumer programme demonstrated that children, when they are very young, and before they have acquired the veneer of social sophistication, have no particular attachments to labels. By the age of five or six social conditioning has set in: shown an identical pair of jeans, one with a label and one without, children will generally assume that the labelled pair is somehow better, not only because they have seen other children wearing the label, but they also believe that the label is a statement of legitimacy and intrinsic value. Similarly, with wine, the supermarket ethos is to make everything homogenous because true quality is not really the issue, consistency is. The underlying psychological premise is that people don’t want to have to think; they want a safety-first, risk-free environment for their choices and instant recognition helps: the Merlot lifebelt, for example, that Kramer grasps for vainly in the restaurant. The varietalisation of wine reflects an all-too human need to compartmentalise. Not everything can be circumscribed or segmented – even if it suits some to think so. 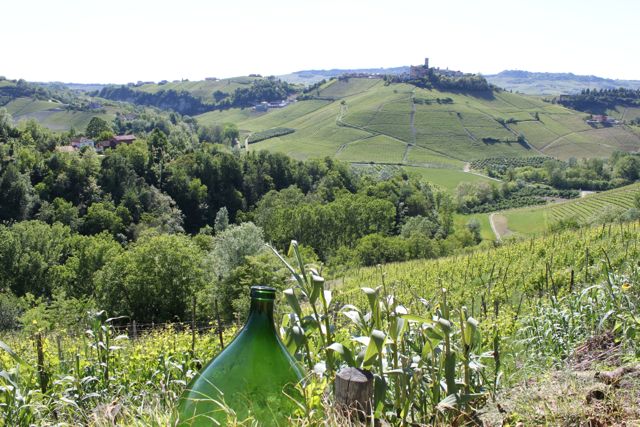 In his recent oculogyric rant Parker seems to be saying that certain grapes are too abstruse to be interesting. No more abstruse than the logic that implies that Negrette, Blaufrankisch and Savagnin, for example, have a lesser pedigree for being lesser known. The identity of wine is always in the bottle and that identity comes from origin – not because that wine has been massaged to a becoming style. Wine may involve high artifice, but it is not high art. The best wine may evoke an aesthetic response, and that is nothing to do with the grape variety and everything to do with the way it is allowed to communicate itself.

Insisting that sommeliers genuflect to uber-wines and noble grape varieties is utterly counter-productive as well. Expensive Chardonnay, Chardonnay, Chardonnay nor any drop to drink, understandably spawned an ABC reaction. Not the grape’s fault, but its hierophants, for when you seek to impose an artificial taste standard you invite people to question, and eventually undermine, it. The same holds true in one-sided arguments about natural wine. If you pontificate about good taste hierarchies, philosophical extremism, undrinkability, grand deceptions and faddism you simply add to the energy and fuel the counter-culture of people who are independent-minded.

For all this ballyhoo it is never about the varietal qua varietal or the region qua region or the appellation qua appellation. As Bertrand Celce says on his Wine Terroirs site: “If you ask Claude Courtois what he keeps in the 2 hectares that he’ll work by himself, don’t ask for the varieties (like I mistakenly did): he is not selling varieties, he sells cuvées, and in short part of he keeps Racines in white, Racines in red, and Nacarat, and if you keep thinking secretly about varieties, just know that there are many, many varieties behind these cuvées, they’re part of the alchemy of the wines, with the striking minerality of the soil.”

That’s what we are after – the roots of the wine – the unique combination of factors that are the wine’s alchemy and where grape, the soil, the terroir, the weather, the farming, the yeast and the very particular winemaking produce something ineffably singular. Parker’s marginalisation of certain grape varieties is part of the new inevitabilism, a weird wine Darwinism that posits that only the biggest beasts should survive and that the commercial imperative should be obeyed. This really is reducing wine to something barely greater than a product to be bought and sold.