–There is a trend to highlight countries that have been making wine for several millennia and branding them “interesting new wine territories”, for the simple reason that a few key commentators have just discovered that they make good wine.

–Journalists’ wine recommendations tend to be complemented by alliterative straplines so we can better remember what they are.

–Some wine writers are infected by overwrought “Clarksonitis” resulting in hyperbolic hyperventilating and magniloquent metaphor-mangling.

–“Highly drinkable” is one of the classic euphemisms of the wine trade, whilst “drinkable” actually means the polar opposite.

–A trip to a beautiful, sunny country or wine region where one experiences the best of the best of excellent hospitality inevitably lubricates one’s appreciation of the wine scene within that country or region.

–Reference to minerals, mineral flavours and minerality annoys a certain ratio of wine critics who posit that those who believe in its tangible presence are truly “stoned” themselves.

–There is a generation of wine drinkers unable to come to terms with amber-coloured wines and, henceforth, regard them as unnatural (but equally seem to have no difficulty with impenetrably dark, treacle-thick wines which are the vinous equivalent of black holes).

–Some wine critics seem to believe that orange (skin contact) wine is akin to reinventing the wheel. Since that wheel has been constantly turning for hundreds – and even thousands – of years, it could equally be argued that non skin-contact wines are just a blip in wine history.

–Natural winemaking is not doing nothing; it is about replacing chemical intervention with physical effort, personal judgement and perennial vigilance.

–Although there is no universally agreed charter for natural winemaking it seems that certain critics have developed one out of their imaginations and made it into a voodoo doll which embodies every wine fault under the sun.

–The nerd-do-wells who used to buy and trade football or baseball cards now collect gastronomic epiphanies and stellar wine labels. Facebook, Instagram & the Twitterverse are the new playgrounds for decanting these experiences.

–The wine world is obsessed with best in show: eg World’s Best Cabernet. Every day, somewhere on this planet, a panel of people is judging wines. This circumstance might conceivably lead us toward J.M Keynes’ ideal of universal full employment, were it not for the fact that the judges tend to comprise a small coterie of men and women who move swiftly from city to city and country to country like circuit judges or hired gunslingers.

–Thanksgiving and Christmas wines are often the real turkeys on the table.

–The appearance of the phrase operating profit uplift in wine trade magazines is ample reason to close them down.

–The Loire Valley should classified as an endangered habitat, be moved into the Eden Project and protected against the depredations of Nature.

–Dan Brown was going to write a novel about the clandestine pricing shenanigans of supermarkets but found that such a story of arrant manipulation and devious machinations would stretch the reader’s credulity beyond breaking point.

–Wine companies that believe that they should “buy” gross turnover with gifts, subsidies and payments do not have a credible business policy.

–It is easier to enjoy a terrible wine than a mediocre one. “I rather like bad wine … one gets so bored with good wine.” (Mr Mountchesney – Sybil by Disraeli). Following on from this, the ubiquity of mediocre or barely palatable wine should be celebrated for giving us a “beige standard” by which all wines may be measured.

–Some restaurateurs treat wine merchants like the bank they wish they had.

–The general mark-up system in restaurants is built on the myth that gross profit margins are in some indisputable way related to the money you bank-as-profit at the end of the day. Meanwhile, in the real world, customers tend to recognise and reward quality and value-for-money rather than voodoo economic models.

–The more sophisticated the till and stock system in a restaurant the less flexible its wine service.

–The notion of a clubbable wine industry becomes exponentially more attractive to you the more qualifications you accrue and the more consultancies you acquire.

–Wine writers find it difficult to recommend light-bodied, pale, turbid, linear red wines to a wider audience as if they feel that audience is incapable of appreciating the possibility that less meretricious wines might actually be more satisfying to drink.

–The person with the best palate in the wine trade is the one who agrees with you.

–Natural wine is the monomaniacal fixation of a small group of growers and a tiny trendy commentariat. The argument in a nutshell? “Without standards there can be no structure, without structure no hierarchy, without hierarchy no defined sense of right and wrong – the natural wine movement seeks to undermine all our cherished certainties – from industrial methods of farming and the freedom to use chemicals to make wine, to hijacking and distorting the very language that we use. You cannot affect moral superiority in all these areas when the only belief you truly espouse is the right to make vinegar.”

–If you stripped away the marketing budget of certain champagne houses you would be left only with their “bubble reputation.”

–The Unbelievable Truth about Corks –

SIR – The correct term for a wine that is not as it should be is corky, not corked, which simply means that a bottle has a cork in it. When a cork has tainted a wine, making the wine smell and taste off, it can be due to the cork weevil infecting the cork and making it become slightly crumbly.

But fine vintage wines can also have an unpleasant aroma when first opened; people can think that the wine is off or it has passed its best, but this smell soon passes, revealing the wine’s true pedigree.

A lot may be revealed by the humble cork, and it’s worth inspecting before tasting the wine. The shape of the cork, the degree of staining and the colour of the stain can reveal the wine’s age in red wines. Crystals on the bottom of the cork are an indication that the wine has not been well cared for.

Take a bow, Mr Burrows. The wine trade is now finally fully in possession of the facts about cork.

–There is an unlimited appetite for food programmes on TV but also little thirst for equivalent wine programmes. Food pornography works because we all have a personal intimate relationship with food, whereas wine is treated like a baffling alien product. As a result the few wine programmes that are made tend to be facile or condescending – or both. To be fair wine is ill-served throughout the traditional media, and few publishers have the wherewithal  (or inclination) to commission thought-provoking or informative wine books.

–Malbec simply isn’t an interesting enough grape to hang the whole of a country’s wine culture on.

–Sherry producers don’t have a word for mañana as they cannot comprehend the urgency of such a concept.

–Matching sweet wines to sweet desserts may be seen as over-sugaring the pudding. Would you throw a perfume on a violet? No, though you might throw a sherry on a trifle.

–A rarely-glimpsed grape variety, if made with flavoured yeasts, a cold ferment, stabilising agents and full filtration, isn’t worth the detour.

–Terroir is a heck of a lot more than the fact that different vines have their feet in different soils.

–Oenologists sometimes believe that they are enhancing terroir flavours. This is an oxymoronic notion.

–It may be surprising but it can be just as wonderful to taste a fresh balanced wine at 15% as it is a fully ripe wine at 11%.

–Cynicism only gets you so far in the wine trade.

–Wine writers, by trade and by inclination, are listafarians.

–Poorly acidified wines are the sweet-‘n’-sour-pork-from-your-local down-at-heel-takeaway of the wine world. 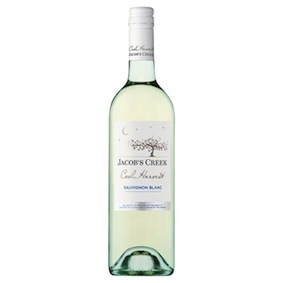 –“Cool harvest” on a bottle denotes that white grapes are being grown in an unfeasibly warm climate and therefore have to be harvested in the middle of the night with a fleet of refrigerated tricks standing by.

–Wine merchants secretly envy retailers (& sommeliers) because they have a captive audience.

–Sommeliers spend far too much effort second-guessing the tastes of their customers before they come into the restaurant.

–If there were not daily stories about the overheating Chinese Wine Market, trade magazines would undergo their own China Syndrome meltdown and would have to fill their yawning pages with a farrago of tattle about brands, auctions and en primeur ups-and-downs.

–White wine is as mythical as the unicorn. When did you ever see a wine that was truly white?

–Having Red, Yellow, Silver and Gold labels on your bottles may be a good idea –for grading quality levels of vinegar.

–Wine documentaries seem to prove that people enjoy behaving like parodies of themselves, and, given sufficient rope, will hang themselves out to dry a hundred times over.

–For technical winemakers absence of faults is an excellence to be prized over intangibles as soul, energy and singularity.

–If Jimi Hendrix made wine he would be an unalloyed natural winemaker and wouldn’t care about having lots of feedback.

–5.99 Pinot Grigio is the (barely) vinous equivalent of muzak.

–There seems to a small, reductive academic industry engaged in describing the “philosophy of Taste.” Rather than admitting that describing taste is like trying to nail jelly to a wall, these academics posit a perfectly explicable universe where the wine itself is the mere concatenation of numerous microbiological processes, whilst taste (which is objective and therefore can be calibrated) is a neuropsychological phenomenon. This absolute appliance of science compels you to accept the overriding immutability of such natural laws and so we might as well ditch any notion of personal aesthetics, sense of wonder and enchantment, and, as for pleasurable response, that must be the wine talking… oh sorry, wine can’t talk!

–If in doubt, plant vines near a volcano.

–Fermenting in ceramic or cement eggs is no joke.

–Why is it that any amateur can make a wine but that you seemingly need professional/industry-approved qualifications to make valid and respected judgements about that wine?

–No Caesar of Salad, No Chevalier of Cheese or No Burgrave of Beer but Master of Wine. Discuss.

1. In the wine industry (for it is thus) all is not gas and gaiters. Buying and selling is often reduced to an adversarial game where one opponent values net price over origin and quality, where the wine is no more than a bargaining chip to lever business; where people worship the tedious demi-gods of gross profit; where any atom of joy and generosity shrivels in the boiling transaction between the hard seller and a desiccated calculating machine.

2. The flipside is where wine is appreciated as an artisan product, where deliciousness is prized, where drinking good wine is the catalyst to bright conversation, the seasoning for food, the foundation for camaraderie and the instigator of pleasure, loosening inhibitions and kindling the imagination. There is indeed truth in wine, but you never see it listed in the ingredients on the label.