Nacarat – Bright orange-red colour, useful to have for tasting notes and the name of an occasional wine from Claude Courtois.

Nahe – A playground taunt in the German wine world when discussing the innate superiority of their Rieslings as in Nahe, Nahe, Nahe-Nahe, Nahe! 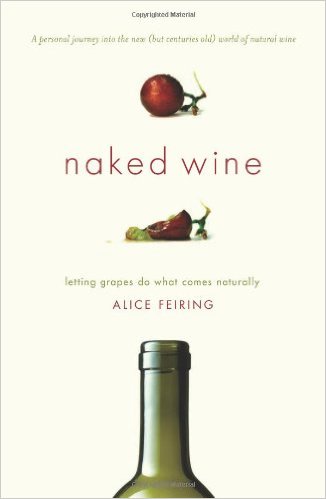 Names – “I remember your name perfectly, but I just can’t think of your face” said the Reverend William Spooner. Many a true word is spoken by mistake.  He must have been thinking of the ubiquitous whining flymakers. Certain wines trade on the ease by which one is able to remember their names: from the sublimely poor Wild Pig to the rather better Stag’s Leap: However, if wines were to reflect their origins more accurately, then we would expect “Sulphur Vale Chardonnay”; Big Tank Sauvignon; Pee-No-Wine Egregious; Sicilian Lemon-Juice; Pays du Cr’Oc:

Headline of the decade The higher-end Napa wines are suffering most in the recession, with some big names discounted by nearly a third.

Yes, those cults are very tight. Screaming Ego, Tiny Reservation Cabernet Sauvignon, Continuum Financium continue to fetch a pretty dollar from dribbling collectors. One city investment banker, who chose to take his highly deserved bonus in kind, was said to have had the world’s largest allocation of a Napa wine so expensive that it requires its own team of bodyguards, transferred to one of his offshore accounts.

Nappy Valley Syndrome – The rich shall inherit the earth and charge the earth for it.

Nasute – Having an acute sense of smell. Of certain professional tasters who can discern faults in wine before the cork has been pulled.

Nature – Apparently when applied to French wine it means still. Still what?

Nature vs Nurture – Good old-fashioned Nature allied to sympathetic nurture – that’s what brings wine to pass. Except when wine is totally denatured, then it must be nurtured – to death. 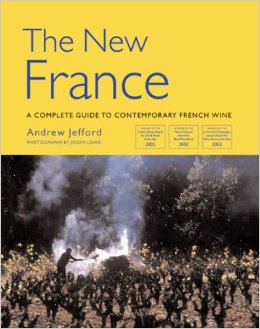 “I don’t like the word winemaker. It doesn’t mean anything to me. You make shoes; you don’t make wine. I prefer to call myself a wine helper. You help the wine make itself. That’s how I consider my job. That’s the way to keep a low profile – under nature, under the climate, under the fruit. Wine is a great gift.” Louis Barruol, quoted in The New France – Andrew Jefford

Nebbiolo – Noble or Nebble grape of Barrie and Barbie.

Necrophilia – see infanticide – One of my more memorable experiences was going to an old-fashioned French restaurant and being told that it was very difficult to sell Rhône and French regional wines because the elderly, rather conservative clientele loved their claret and Burgundy. I surveyed the list which was populated by numerous cru classé Margaux from supposedly reputable vintages in the 80s (82, 83, 85, 89). I ordered one, then another, then another. Each different wine was a brown corpse. Which proves, I suppose, that you can fool all of the people all of the time. Conversely, age can transfigure the most unlikely ugly ducklings into swans.

Negligée – a transparent or slight wine that has little or no impact on one’s palate.

Négrette Rien – What Edith Piaf sang when she dropped her last bottle of Fronton on the kitchen floor.

The Nerello Mascalese is a late ripening variety which is actually commonly compared to  Pinot Noir because of the various similarities that they have. Both varieties have similarly small deep purple berries which have various pink highlights when ripening. Aside from this, both grow well in cool climates, and they also both produce high acidity levels as well. All these characteristics make the Nerello Mascalese quite a high quality variety which can definitely be used in varietals such as the purezza.

Nero di Troia – The Uva di Troia, legend has it, were brought to Apulia by Diomedes. Having journeyed up the Ofanto river, the exiled hero anchored his ship with a number of stones he’d brought with him from the city of Troy. He used these as markers to delineate the territory of the Diomedean fields. The Greek prince has also brought with him vine shoots, which he planted along the Ofanto, giving birth to Uva di Troia, or Trojan grapes. This legend has contributed to the creation of many different names for this grape variety, whose aliases include Uva di Canosa, Barletanna, Nero di Troia, Troiano, Uva di Barletta and Uva della Marina. (With thanks to Mario Busso)

The grape is currently grown in the province between Bari and Barletta and along the Apulian coastline. Today Nero di Troia is a supple wine bursting with fresh aromas of violets, black berries and hints of star anise. On the palate it has good acidity and tannins that are lively but never astringent and allow a certain ageing potential. 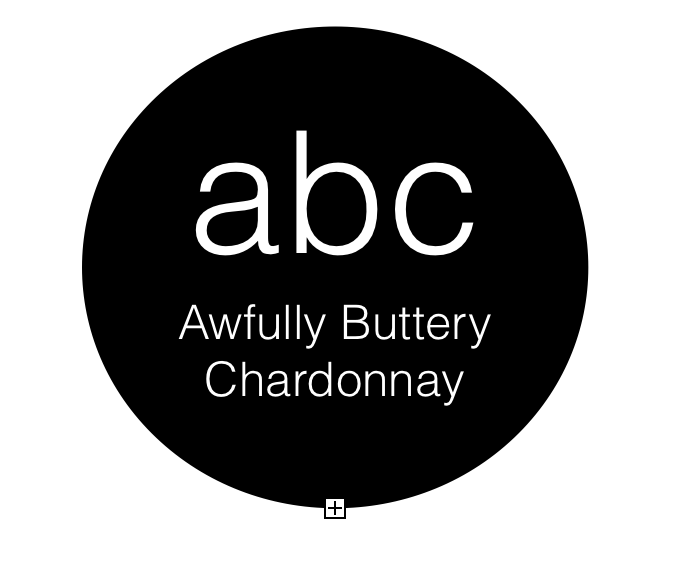 Nevers – a town in the department of Nièvre that gives its name to a type of oak. Those who foreswear the wooden path are said to never use Nevers again.

New – The new new is the old. Old in the sense that the same wine is repackaged (think Black Tower and Mateus Rosé), for a brand is not a brand unless it is showing off its latest facelift. New means old in the way that traditional farming and winemaking values are being re-adopted. Georgian wines exemplify old-new or do I mean new-old?

New World Wines, Ron’s Guide To – The New World… isn’t it? Hop off frogs we can teach you a thing or two, ha ha. A sea of Chardonnay… Chardonnay, Chardonnay everywhere, nor any drop to drink. The AA… Ancient Mariner wasn’t he? And what have we here? Cat’s Pee in A Gooseberry Bush Sauvignon – too much for Ron’s sensitive nose – as the Italians say aroma was not built in a day! Not château bottled but bottled eau de chat, isn’t it hmmm? 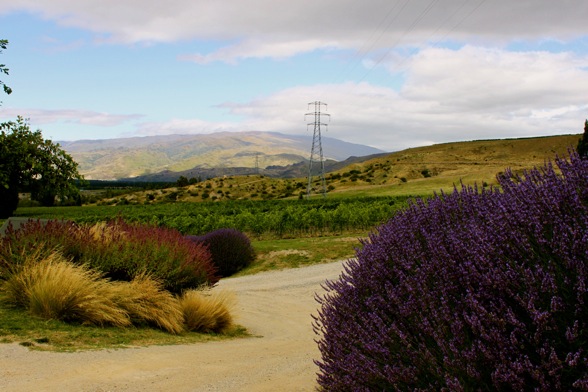 New Zealand 2 – Still in New Zealand, the tourist authorities are evidently keen to cash in on Tolkien-mania and have brought out “The Lord of the Rings” range of wines. The Sauvignon is said to taste of elves’ pee and bilboberries, the Pinot Noir is reminiscent of the stench in the darkest pits of Mordor, whilst the Riesling aromatically resembles a Gollum’s fart in a dragon’s cave.

Nielson Statz Syndrome – The insane belief that statistics prove anything.

No Alcohol Wine – A humourless offence against Nature.

Noble Grapes – An outmoded notion where certain grapes were automatically associated with the highest quality wines. These grapes were Sauvignon, Chardonnay & Riesling for the whites and Cabernet Sauvignon, Merlot and Pinot Noir for the reds. The Noble Grapes became popular as international varieties as they engendered global recognition, but began to colonise the vineyards of the world leading growers to rip out local varieties (or nobbling local grapes).

Noble Rot – The best sort of nonsense spouted by the high priests and priestesses of the wine world. Sometimes, you have to comb through their words as many as ten times to extract a thimbleful of wine wisdom.

“They are not looking to make great wines, but wines that let themselves drink well. Japanese word for that, he adds is Nomiyasui, which could be translated as drinkability, the ability to be drunk with ease and pleasure. Wine is not made for tasting, he says, it’s made to be swallowed and fully enjoyed. He noticed for example that in the tastings where Dard & Ribo wines took part, there has been occasionally lots of criticism and flak against them, but at the end of the day their bottles were the ones with the lowest wine left, while the supposedly-good had remained pretty much full. This speaks volumes on which wines were loved beyond formal criticisms.”

Nose – a term embracing the aroma and bouquet of wine. A strange thought occurs: do wine tasters’ noses evolve to match their speciality? Would a sherry sniffer eventually end up with a beak like a sandpiper, ideal for poking into a copita, and would a burgundy lover’s hooter swell to resemble a big reddish-purple truffle?

Nostrildamus – One who claims they can smell future wine trends.

Nostrification – The freemasonry of wine.

Nourishing – A wine that not only refreshes one’s palate but helps to digest and imbues one with energy and a feeling of good will.

Nouveau or Novello – A wine designed to be drunk in the first flush of youth usually bottled immediately after the vintage. No carbonic dating required for a wine made in this style.

Numbers/Numerology – love of wine can occasionally descend into geeky infantilism. Robert Parker has tapped into some primordial human need to codify and rank. Obsession with vintages, grams of sugar, ph levels and most of all points. And points mean – prize mark-ups.

Numinous – A term much used by Russell Brand to refer to the transparent splendour of a great red Burgundy (transplendence). 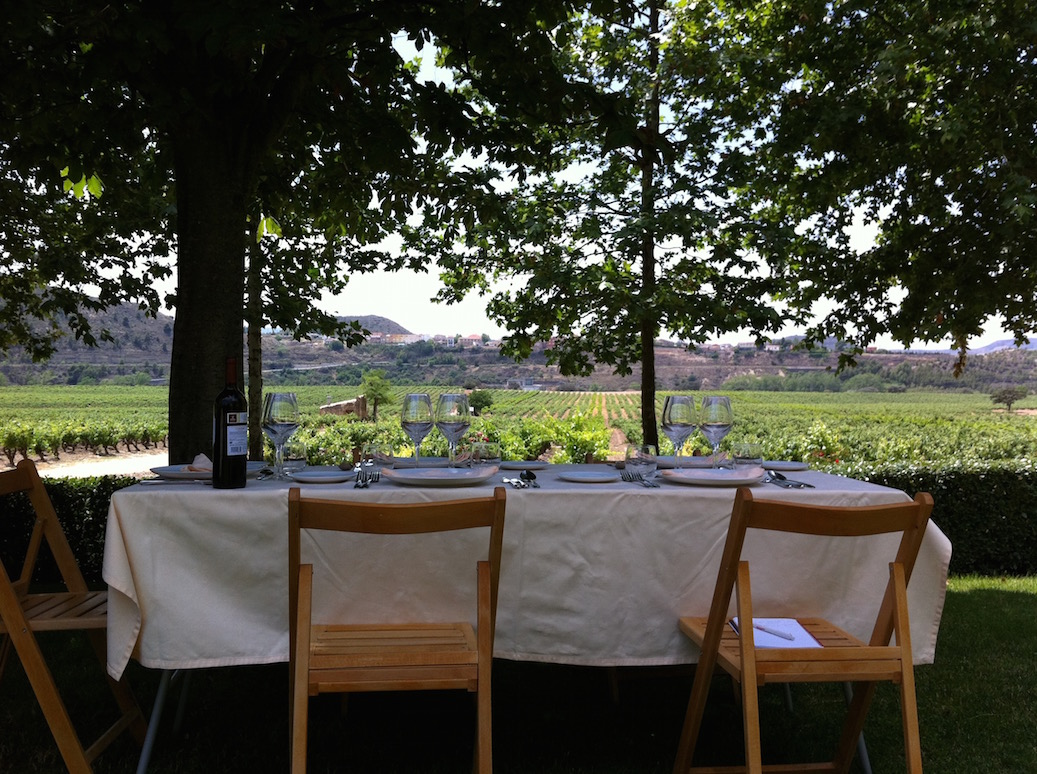 Nuncheon – A light afternoon repast that can only be accompanied by a small pitcher of Gamay.

Nuragus – The Chief Ferengi and an indigenous Sardinian grape variety.

Doug Decants: Bernabe is back, New Radelaide Wines, and a Comment on Competitions