Compare this, rank that, analyse to the nth degree – the more you reduce wine to numbers the less you understand it.

A scientist is a machine for turning wine into theorems

When we have all the meaning and lost all the mystery, we will be alone on the empty shore (Tom Stoppard)

The winemaker is the choreographer of nature’s gifts; the wine is the dance. 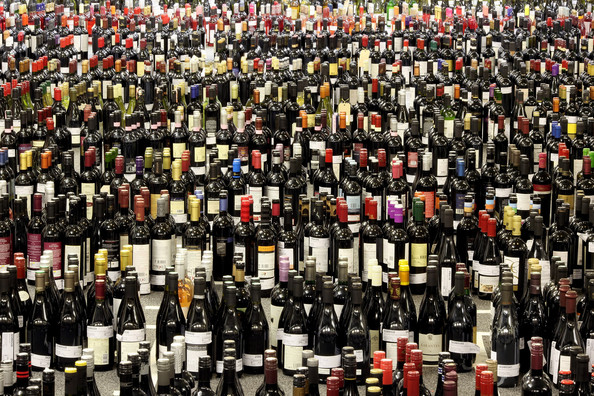 This extended piece is prompted by news of the emergence of yet another web-site advertising the pointed opinions of more self-styled experts. The laudable aim is to democratise the process of choosing a wine by reducing the amount of choice, filtering these choices by offering paradigms of wine styles and grape varieties. Or to put it bluntly: “Leave it to us experts”. These exemplars are necessarily based on commercial accuracy rather than distinctiveness, which mires all such choices in the middle of the middle ground. The rigour of the eventual selection is something vitiated when one understands that the choice must involve a compromise or trade-off between people’s individual palates. If everyone tastes the same that is one thing, but people will bring their individual preferences and dislikes to the table which results in stalemate or the line of least resistance. This is how a book that was no-one’s first choice could win the Booker Prize one year. If panels or committees are inherently flawed by their constitution, then individuals are equally unreliable, for although one person’s taste may itself be consistent, it may be governed by numerous highly personal aesthetics meaning that partiality is hard-wired into the marking system. Objectivity is tantamount to a pretence when even expert tasters cannot agree on the some of the basics, such as what constitutes a particular fault, what is value for money, how obvious should technical winemaking be, and what is a true indication of terroir and authenticity. Quid est veritas? The perception of all these is highly subjective, despite what professional tasters might have you believe – even correctness, the lowest common denominator of the way the wine presents itself is arguable (in many cases).

So I’m definitely not a pointillist (is that an infantilist who believes that scoring wines has a point?), but sometimes I read other people’s shabby ranking systems and go hmm – if they can chuck numbers around willy-nilly and proclaim top dogs and mangy curs then why shouldn’t I convert my qualified praise into digital delight? So for one night I’m relenting and giving you the impressionistic scores as they stand on the doors.

If you had to characterise me I’m grouchy marks. When I’m on panels, an infrequent happening now, points have to be dragged from me literally kicking and screaming. I am a self-styled Rhadamanthus, the judgemental spanner that clogs up the wine works, the devil’s anti-Wine Advocate, because, for me, the bigger they (wines) are – and they are usually big – the harder (my grades) fall. Since so much wine is morbidly dull I set my bar for mediocrity very low (or do I mean high) and to garner even a reasonable mark, therefore, the liquid in the glass has to speak eloquently and seductively to me. I am deaf to the hallelujahs and hosannas of noisy wines, i.e. those that usually go on to harvest bling in competition. Out of 20 my grudging 16s are occasionally sighted, my blood-out-of-a-stone 17s are rare birds indeed, and it is rumoured that I’ve coaxed 18 once or twice out of my stony soul. It is a completely different story in the comfort of my home where my appraisals become natural and unscrooged. Not that my critical backbone has suddenly been filleted and discarded, but that I choose wines that I think I would love to sup rather than being given wines that I am forced to judge. Objectivity doesn’t come into it. The true test of a wine is whether you would drink it, take it home for dinner or to keep. And the truest test is that you would fork out your own hard-earned on said wine.

One might argue that it is pointless to evaluate wine unless it is matched to the appropriate food – this not only amplifies the pleasure of the wine but also helps one to put it into context. Furthermore, a bottle might last two or three days in real life, which also provides an excellent opportunity to witness how it develops, the arc of the wine being far more important than a single artificial snapshot. The level playing field of blind tasting competition is a levelling down – some wines need to be carafe, others served at a specific temperature, some prefer a particular kind of glass to magnify their aromatic properties and some, as mentioned, need food to soften their tannins.

With human fallibility allied to a process that does not take into the account the needs of the individual wine – because it is predicated on creating sterile judging conditions – it is tempting to damn the whole enterprise. There is a human need to define, classify and rank as well as describe, the notion of objectivity appeals to our collective desire for certainty.

Here are some wines that have given me enormous pleasure over the last six months. I am not predisposed to like any particular wine, I am predisposed to drink, however, (rather than taste) and drinking brings pleasure and pleasure brings the senses into play and thus the overall response is heightened. The points are uncritical as they reflect the timbre of the epiphany rather objective quality of wine. The precise critical wine terminology I believe is that these wines would knock you on your arse or, at the very least, might elicit a globe-girdling whistle of approval from the silbadors of La Gomera. Responses being personal and people operating on different wavelengths means the magic will not be the same for every taster. One man’s treasure is another man’s rubbish, figuratively speaking.

The most beautiful experiences can transport us and elicit imaginative responses. When we evaluate and write tasting notes for wine we tend to employ a language that others can recognise, depersonalising the experiential process by “squaring off the wine”, making it into a composite of flavour blocks rather than a living liquid. All that terroir information transmitted from the soil into the vine and from the vine into the grape and all the complexing molecular transformations that occur thereafter… and the net tasting note is: “Tastes like strawberries.” That’s a reduction that is not present in the wine! There has to be more (you would think, you would hope). Were my palate tuned into my inner consciousness I might perceive the wines in three-dimensional shapes, or colours, or music, the kind of synaesthesia wherein Kandinsky heard music with a splash of paint, or Nabokov experienced colour with each sound:

“One hears a sound but recollects a hue, invisible the hands that touch your heartstrings. / Not music the reverberations within; they are of light. / Sounds that are colored, and enigmatic sonnet addressed to you.”

I guess if every glass of wine did this to you, you would go barking mad fairly rapidly. 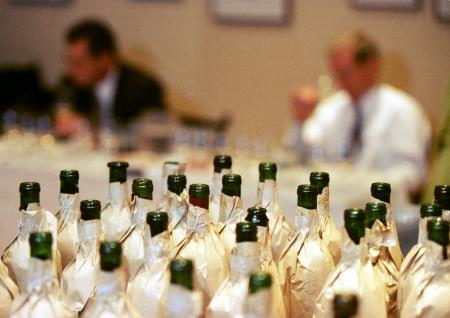 Books have been written about grape varieties, regions, growers; wines have been codified ad nauseam. Creating personal categories makes wine relevant to our experience rather than a generalised one.

Everyone has their personal epiphany triggers, a particular wine that they inherently love and has the capacity to induce a state of transcendent pleasure when the occasion (the company, the food, the mood) is à point. Northern Rhone Syrah, on song, can be the majestic eagle with the voice of a nightingale. I love Hermitage, Cornas or Côte-Rôtie, when the wine possesses a rugged, feral, yet hauntingly fragile beauty, when hard Syrah begins to yield, where granite liquefies into flowers, dark berries, smoke, salt and balsam. Traditional Nebbiolo beginning to loosen its tannic death-grip and moving into the classic ethereal tea rose and tar territory charts a similarly gratifying transformation.

Into this pluperfect company I would also probably lob a sweet wine, perhaps a vin de paille which captures the beautiful wistful regret of a misty early autumn’s day whilst promising a century of life in a sun-dappled uplands.

An exotic, regal nectar of apricots and peaches and plum jam in one sip, quinces, gooseberries and pineapples dusted with preserved ginger in the next. And the finish comes as if the sweetness had been carved to a point and layered with gently toasted Brazil nuts.  I don’t normally give marks out of 100, but this would surely max out with extreme prejudice.

It’s not just that I only get out of bed for 100 year old soleras, but sipping ancient Amontillado (for example) is akin dipping your tongue into the primordial wine soup. These wines chart a magic canal between past and present. Mahogany-brown viscous wines smelling of toffee cream, toasted walnuts, old polished furniture warming in the autumn sunshine pouring through the windows of a stately home, a spice box of cinnamon and cloves, and dates from silken Samarkand (or somewhere).  Yeah, all that and more. Intense nuttiness and poignant freshness makes this a wine that lasts for several minutes on the palate. A meditation wine that does your ruminating for you. Great, traditionally-made Marsala sans the stickiness, such as De Bartoli’s Vecchio Samperi, makes the same solera music.

There’s something about frisky old wines that makes you feel young. If not risqué. They wear their age lightly. I’m talking of slender reds that perennially cheat the hangman and confuse the taster into believing that they are sprightly pups rather than tricksy old dogs. Old Cahors demonstrates the Mal-bec can become Bon-bec, revealing a delightful aromatic garrigue-inflected quality as well as secondary notes of tea chest and boskiness. The other day I also assayed a 1976 Chinon from Domaine Les Roches – a ridiculously good wine, profoundly elegant and elegantly profound. These wines have a twinkle in their eye and leave a twinkle in yours.

The Autobiography of Les Caves de Pyrene. Chapter Six: Of the Psychology of Tasting, Wine Fairs and Feelings – Part One.