If one thinks that wine is purely the product of form and function then it can be circumscribed by a simple inventory of stock words and formulaic expressions. If, however, one perceives that – at its most sublime – wine can tap into our imaginations and elicit an extraordinary and varied range of complex emotional responses then we need to discover a new, plastic, interpretative language to communicate this.

On the one hand we are enjoined (by educators, in wine courses and text books) to believe that the language of wine should be precise rather than fancy-free, and descriptions should relate to assessments of the technical properties of the wine in question. We are, after all, studying a science, so must avail ourselves of its utensils to calibrate our responses. Conversely, it is the parole of the journalist, the commentator, the pr puffer, the sommelier etc to hawk the product and to persuade all and sundry of the merits of wine; in short, to bring it to life by appealing to our senses. At the hyperbolic extreme the medium may become the (mediocre) message, producing a kind of gaudy pseudo-serious jargon, riddled with far-fetched similes and metaphors, barely relating to the specific wine, let alone wine in general. As George Will memorably said:  “As advertising blather becomes the nation’s normal idiom, language becomes printed noise.” If we can simplify the terminology without oversimplifying the nature of the wine, using words that people can relate to, then we can make wine more accessible yet more interesting at the same time.

Words are rough tools no matter how they are combined and with what kind of authority they resonate. Traditional wine descriptors such as “elegant,” “refined”, “varietally-correct” and so forth, cast an obscure patrician shadow over a past-time (i.e. drinking) that is essentially hedonic in nature. Language is made to fit over experience like a straitjacket. High-concept terms embodying classical notions of balance and proportionality, implying that every wine should conform to particular architectural precepts, create a remote hierarchy and places man or man’s system before the wine – as if the whole notion of taste was merely part of some Platonic classification.

When wine ventured into the televisual medium in 1980s and 1990s its amusingly presumptuous language needed to be more demotic. Television would surely provide the platform to relate wine to people’s experiences. The small amount of air time it was given, however, had the peculiar effect of infantilising the subject whilst paradoxically making it even more obscure. Wheelbarrows of ugli fruit indeed! Making wine-tasting sound fun was a good wheeze, making it over-ripe for parody… a kind of ignoble rot. 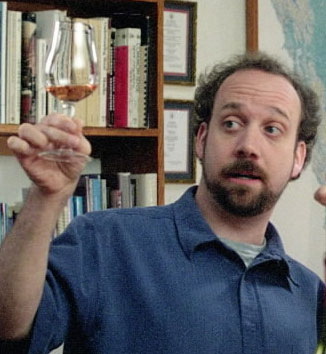 People in the mainstream visual media worry that wine is exclusive – and therefore pretentious. By reverting to a language largely composed of sound-bites they trample over the nuances of the subject matter. Wine has not been served well by the written word either; the lengthier wine columns in national newspapers have all but been pruned to nought by editors who are unable see the relevance of wine as a cultural phenomenon. Restaurant reviewers ignore the very existence of wine as a fundamental part of their meal yet lavish detailed descriptions of every dish they taste. This sin of omission stems from an inability to talk familiarly about wine, as if its language was some kind of obscure dialect known to a chosen few. As for wine books (in this country at any rate), they are the rarest of birds and in danger of extinction, virtually consigned to the academic backwaters of the trade. A very few honourable exceptions apart, those that manage to get published tend to be contractual “rehashings” of existing work.

The counterweight to this is the burgeoning social media scene which has allowed self-expression and created a positive blogjam of uninhibited opinionation. Ideas may be freely explored without editorial restraint in the blogosphere. However, more writing does not betoken better writing.

Now there are thousands of wine reviewers out there – professional and amateur – people who desire to prove their expertise by tapping into the received linguistic wine discourse. Wine courses instruct their students in method, to cultivate a rigid language of tasting notes and to objectify wine as if it were a liquid to decode in as prosaic a way as possible.

The point of words is to communicate impressions and share experiences, yet I rarely read an official wine description that chimes with my real experience of tasting wine. So many of them seem to be raided from the almsbasket of officially-recognised terms as if we all must feed from the same denominator of experience.

I view wine not just as a chemical and microbiological construct but as a catalyst to unleash aesthetic and imaginative responses. Wine, after all, can spur creativity by dissolving inhibitions. The wine may allow us to go on an emotional journey, tripping associations and unlocking memories. The language of intoxication (I use the word in its best sense) is impulsive and unguarded. When we taste the wine in the right spirit we craft a new responsive language. In short, we remake the wine.

Words, like Nature, half reveal And half conceal the Soul within. –Alfred, Lord Tennyson, “In memoriam A.H.H.”, 1850

Imagine one is able to mobilise strong words to set up an aesthetic resonance. The writing of a tasting note could be an inspirational, creative activity, akin to poetry. One might very well ask who has the time, energy or inclination for these kinds of refinements. After all, I don’t suppose we drink wine in order to perfect our writing style, but if we want our experiences to live again we might wish to realise their thrilling aesthetic potential.

“Treading the soil of the moon, palpitating its pebbles, tasting the panic and splendour of the event, feeling in the pit of one’s stomach the separation from terra – these form the most romantic sensation an explorer has ever known.”

When I write tasting notes carelessly I might as well be filling it tax forms or ticking boxes. My writing denatures the wine and dissipates the romance. So time to palpitate the pebbles and rediscover the excitement of the moment in the most sensuous language available. Words are, after all, emotional triggers. 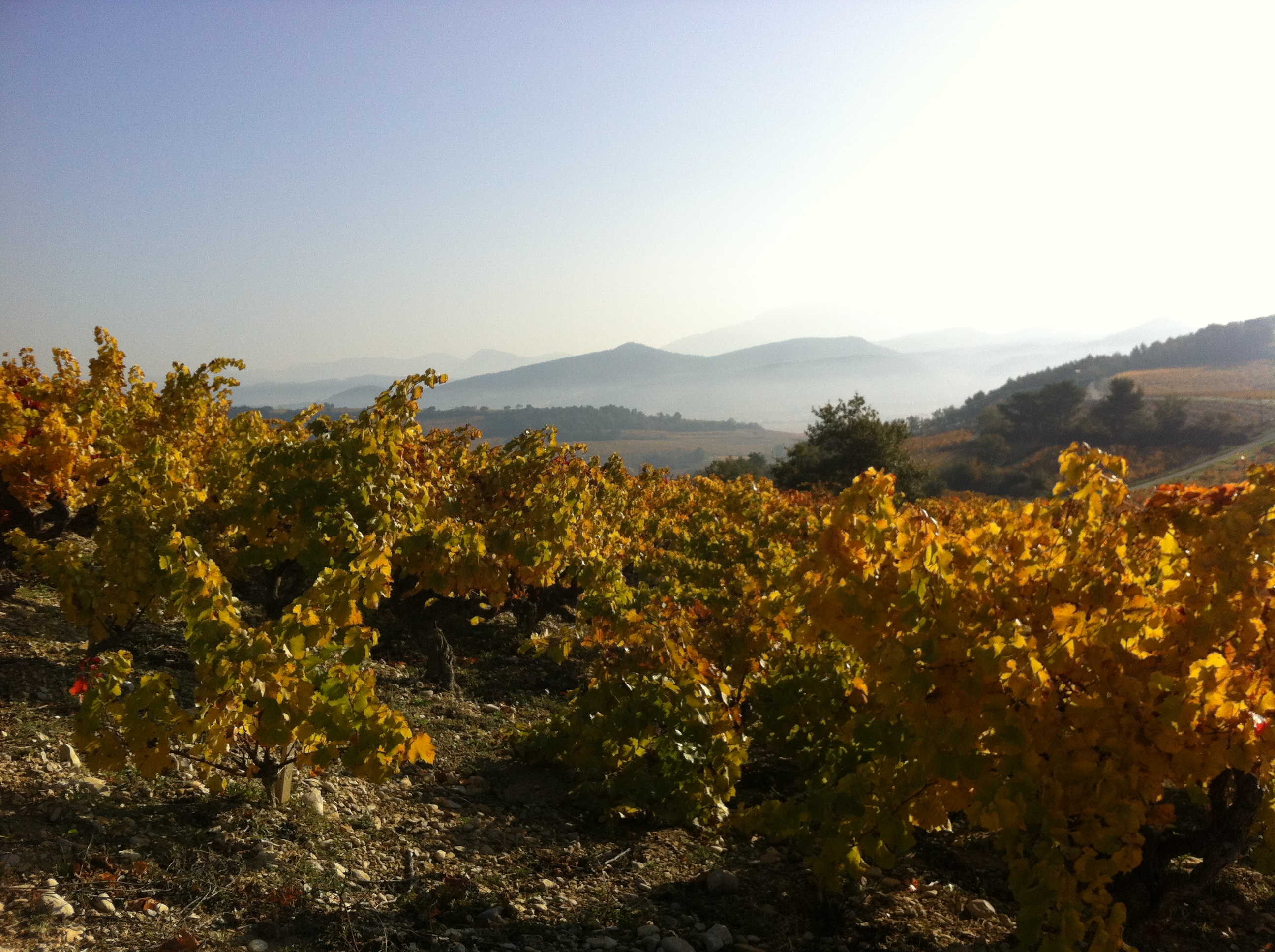 And when one has a wine epiphany, when the cultured snob emits an uncultured wow, when the straitjacketed scientist smiles, when scoring points becomes pointless, when quite athwart goes all decorum, when one desires to nurture every drop and explore every nuance of the wine, surrendering oneself emotionally to the moment whilst at the same time actively transforming the kaleidoscopic sensory impressions into an evocative language that will later trigger warm memories, it is that the wine lavishes and ravishes the senses to an uncritical froth. Greatness in wine, like genius, is fugitive, unquantifiable, yet demands utter engagement. How often does wine elicit this reaction? Perhaps the question instead should be: How often are we in the mood to truly appreciate wine? Rarely, must be the answer, for if our senses are dulled or our mood is indifferent, we are unreceptive, and then all that remains is the ability to dissect. But if we are open-minded and open-hearted, we will tap into a new language that is Chomsky’s process of free creation.

A Matter of Taste

Vinudilice – one of the great terroir roses of the world