Jamie Goode is an author with a PhD in plant biology, and is the wine columnist for The Sunday Express. He also contributes to wine publications such as Harpers, The World of Fine Wine, Decanter, Noble Rot, GrapesTALK and Sommelier Journal. Goode published the book Wine Science: the application of science in winemaking in 2005 to wide acclaim and winning the Glenfiddich Drink Book of the Year award, and Wine Bottle Closures in 2006.  He co-authored Authentic Wine: Towards Sustainable & Natural Winemaking with Sam Harrop M.W. His website, The Wine Anorak and the related blog launched in 2001, are among the internet’s most highly- regarded wine sites, containing wine and tasting reviews and in-depth articles on subjects as diverse as wine chemistry, language and wine, wine marketing and GM technology. Recently, he also set up The Beer Anorak blog and web site with Daniel Primark. 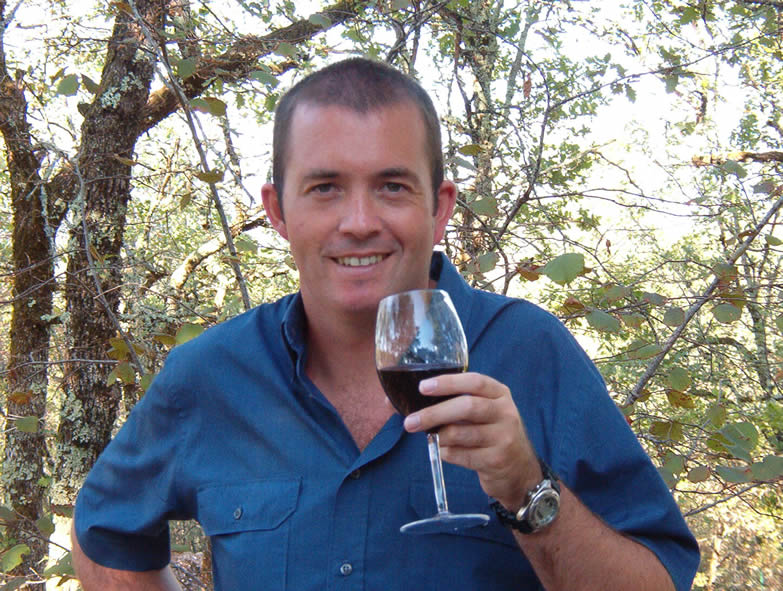 There’s a lot of discussion of what constitutes faulty wine – those faults seemingly range from high VA, “cidery aromas and flavours”, brett etc. Can you make a case for faults being a point of interest or a point of singularity in a wine? And can you clarify what is the difference between a flawed wine and a faulty one?

Some faults are always faults – TCA/cork taint is one of these. Beyond this, the presence of a ‘fault’ compound such as 4EP from brettanomyces doesn’t render a wine faulty. It depends. What is beauty? Sometimes flaws help render beauty: you see the beauty more clearly because of them. Oxidative characters and volatile acidity can work beautifully in the context of some wines.

Can technical correctness be a kind of fault? In other words where the desire to eliminate faults becomes the end in itself and denatures the wine?

Yes, absolutely. The wine is a whole. Purging faults doesn’t make for beauty. To use a religious analogy, holiness is not simply the absence of sin. The puritans scrupulously avoided ‘sin’, and they weren’t much fun to hang around with, I suspect.

There’s a lot of “airy” talk about natural wines being oxidised. Where is the dividing line between oxidised and oxidative?  Do you think that a lot of winemakers and commentators confuse the two? When does a stylistic tool such as controlled oxidation become a step too far? And who is qualified to arbitrate on such matters?

If you open a bottle and it deteriorates in quality over the course of a few days, it can’t already have been oxidised. As with other faults, oxidative development can be positive, it can be negative, depending on the context. The ultimate arbiter is the empty bottle.

One even hears that orange wines, for example, are synonymous with oxidation. Others don’t like the fact that the wines may possess a certain tannic structure. How do we overcome this colour prejudice? How do you challenge such ingrained distrust when so many established growers and commentators exalt the clean-skin wines as the cultural norm?

We judge with our eyes, and most people who have been through wine training associate darker-coloured whites with oxidation and assume that the wine is dead. They are frequently very wrong. We just need better wine education and more open minds.

What do you find intrinsically beautiful in the wines you love?

It can’t be defined. What do you find beautiful in the people you love? It’s usually complex, and the beauty lies below the surface.

Despite the greater prominence of organic and biodynamic farming, industrial viticulture is widespread, with the results of chemicals sprayed over vines, water tables affected by irrigation, landscapes effectively scarred by monocultural practice. Is there a case for saying that we don’t need cheap/mass-produced wine if it affects the environment adversely? Or is cheap wine necessary because it democratises wine buying?

There’s little joy in most cheap commercial wine. It might be better to live without it. I agree that there’s a need for wine for everyone to enjoy, but can’t that wine be honest? Raise yields a little, make something for early drinking. But don’t dress it up through winemaking, and make it look more serious and expensive than it is. No one expects to get great wine for a fiver, but at least we could be offered honest drinking wine, perhaps for a couple of pounds more? Perhaps less wine should be made, and if the way to make cheap wine is to damage the environment, then it’s too high a price to be paid.

Do you think the appellation systems in various countries serve the individual winemakers well? Do wine laws help or hinder? Could you suggest any improvements which balance the need of the consumer with that of the vigneron?

Appellation systems have had the positive effect of preserving regional wine styles, when fashion might have pushed them out. But, as they are, they tend to be a hindrance to many winegrowers wanting to make really special, natural, authentic wines. Why not just insist on integrity in labelling? As long as what is on the label is true, then I don’t see a problem. I would add, though, that the use of a place name on a label is an unwritten contract with the consumer. The wine should taste of where it comes from, if that is the expectation raised by the use of the place name in this way. So it’s a complex, nuanced debate.

How important is it to preserve traditional farming methods, indigenous grape varieties and age-old winemaking techniques? Is the revival of such practices a gimmick or is there a genuine cultural value to these activities?

Where the traditional farming methods, indigenous varieties and traditional winemaking techniques produce something special – something of value – then they should be cherished and preserved because they have great cultural value. In a sense, this is the good side of the appellation system. In a world of rapid change, there’s a great need for timeless cultural anchors. They are good for our souls.

Is it patronising or just misconceived for some commentators not only to criticise the life work of growers, for others to tell consumers that they are being gulled into drinking faulty wines? Do you think this approach is helpful or has it actually backfired on certain critics?

I think it makes the critics who have behaved in this way look very silly. I believe that the death of natural wines was prophesied a few years back by one. It’s really unhelpful to tell people that the food or drink they are enjoying is bad or faulty. If you think I am drinking bad wine, then suggest to me what I might enjoy more. If you despair about my preferences, then win me over with your enthusiasm for other things. ‘Natural wine’ as it is so often criticised is a straw man created by insecure people who, in many cases, haven’t tried many natural wines, but who are sure they wouldn’t like them because they are sure they are ‘faulty’.

When you mark wines are you scoring on a scale of technical merit or are you giving an impressionistic mark according to how it makes you feel?

Any attempt to use a score to reflect some objective property of a wine is crazy. I hate scores but I use them because it gives readers a clear idea of just how much I liked the wine at that particular time when I was drinking or tasting it. I am rating the interaction between me and the wine. The score is not a property of the bottle of wine. It’s my own personal feeling about the wine.

Finally, how would you describe your palate? What kind of wines do you drink for fun? Has your palate changed over the last ten years?

I have a fairly tolerant palate. I started off with new world wines back in 1993, and I’ve grown up a bit since then. I now dislike over-ripe wines, and dislike evident oak. I can’t stand high alcohol wines, unless they’re fortified! My favourite wines are elegant, light, aromatic reds – they’re my comfort wines. But I also love cool climate Syrah, such as good northern Rhone wines. I love Pinot Noir, and I’m a big fan of Oregon, New Zealand and the new more balanced Pinots from California. I have a soft spot for Douro reds, although some of them try too hard. Good Kadarka also rocks. For whites, I’m a bit more tolerant of higher alcohol, and I can handle oak better. So my preferences in whites are a bit broader. I love Alsace, Mosel Kabinett, rich Gruner Veltliner, aromatic Friuli whites, good Rhone whites, and classic white Burgundy. I’m also developing a thing for orange wines.